What can Software Engineers Learn from a 3x Olympian? 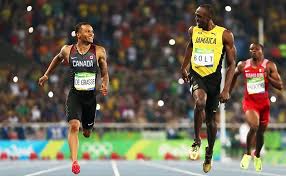 This past weekend, I had the pleasure of spending time with a past coach, mentor, and 3x Olympian, Tore Gustafsson. From our conversation, I was inspired to write this article in the hope that other software engineers could benefit from this Olympic advice for improving productivity to superhuman levels.

Tore recently came back from Rio where he coached Sophie Hitchon (in the picture above and below 2015 Beijing with Tore) representing Great Britain to a Bronze medal in Track and Field, Hammer Throw. Sophie was an underdog going in but Tore knew she would come through- thanks to his ability to coach athletes to overcome mental adversities and help her reach peak performance. 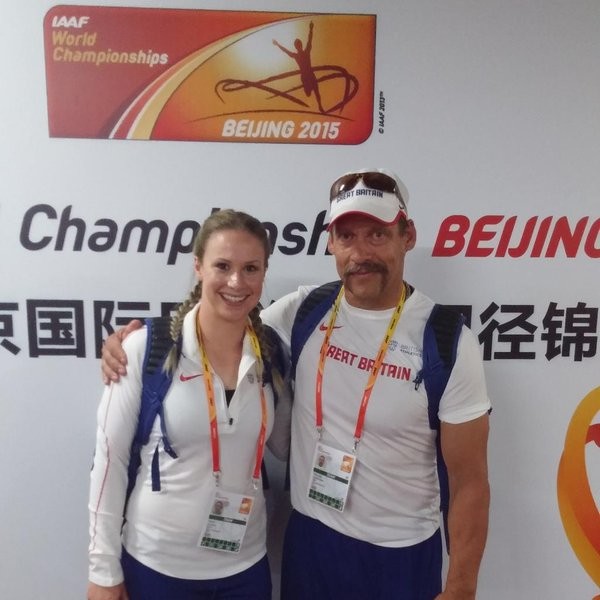 So what is Tore’s Secret?

What Tore emphasizes a thought process for his athletes called ‘Flow’, synonymously know as ‘becoming one’ or ‘getting in the zone’.

‘Flow’ can also be applied to work, especially for software engineers.

One of the biggest reasons why coders become… well, coders is that feeling and sensation of building something in the virtual world. Their fingers dance on the keyboard as the virtual structure of their world takes form right before their eyes. After a short while the structure is complete, and the coder marvels at his or her accomplishment. Coders have been known to work through the night in this zone, or rather ‘Flow,’ building unheard of amounts of code while at the same time…feeling freaking awesome.

Many coders have experienced the sensation of ‘Flow’ but many struggle to repeat this state. Many would agree that this state is considered the apex of coding.

So how much more productive are people in Flow?

Well, it’s hard to believe but studies state 500 percent. I was fairly skeptical at first but once I started figuring out how to get into flow effectively, these numbers were definitely were spot on.

What happens is not just normal focus. People actually change their brain’s electric patterns to reach a different type of ‘brain wave’. Normally people work in Alpha, but going into ‘flow’ does something different.

In order to understand what happens you should probably know the different types of brain waves. Vianna Stibal in her article The Five Types of Brainwaves describes different brain waves as follows:

So here is where things get weird: flow state occurs when brain waves alternating between alpha and theta waves. During this alternating pattern, the conscious and subconscious mind can work together more effectively, which is why people are able to be so productive in this state- they are using more of their brain while working.

One of the biggest reasons why Olympic athletes do such extraordinary physical feats with great ease, is their ability to channel ‘flow’ state. Their brains are working on a different level. Everything seems to be working on autopilot, or in Flow Psychology they refer to this state as Autotelic.

How does someone get into Flow?

Mihaly Csikszentmihalyi (I know it’s a mouthful), the father of Flow Psychology suggests that the following need to be in place:

· A Challenging Task – that Requires Skill

· Clear Goals and Feedback – that they can measure

· Purpose – behind what they are doing

An easier way of understanding the ‘Challenging Tasks’ aspect of Flow can be show in the following graph: 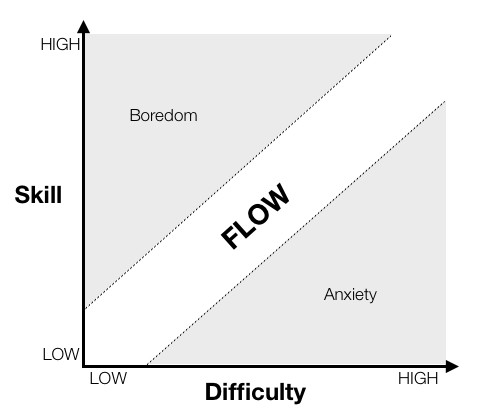 As software engineers increase their skills, they run out of challenges and things to learn, so the work becomes inevitably boring and out of the ‘Flow’ zone. This is one of the reasons why it’s so common for software engineers to change jobs so frequently in the Bay Area…aside from pay raises.

During training, Tore would often pick a technique that was just difficult enough for his athlete so that the athlete would be slightly in the anxiety range. However, during competitions, he coach more conservatively ensuring that his athletes were inside of the flow zone. This resulted in peak performance for the athletes.

What are some of the reasons why Engineers don’t get into Flow?

What some things you can do immediately to move towards to Flow State?

Now you know a secret that Olympic athlete’s use to get superhuman results. By implementing a few of suggestions above you can do the same.

Who would have thought that coding and the Olympics had so much in common!?

And Congratulations Sophie on your first Olympic medal!