4 Major Shifts in Management You Need to Watch For 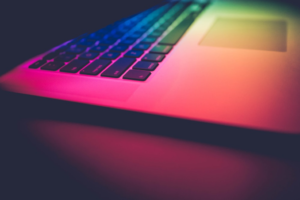 As Warren Bennis, the American scholar stated ‘success in management requires learning as fast as the world is changing.’ As the world changes, so does the world of management and the methods on how to effectively deploy people to solve complex problems. Major shifts in the world through technology and industrial psychology research are significant driving factors to the destabilization of prior corporate management methods. If a manager fails to stay up to date with the shifts in their field, they will find their employees more difficult to engage, but more importantly, retain. With companies such as Glassdoor, which leverage crowd source reviews surrounding company internal workings, Glassdoor is singlehandedly creating new havoc for managers. With this information available, companies who have their data online now have to be conscious of whether or not they are not up to date internally with the major trends. If they are not, they could be losing prospective candidates. In this post, we will cover a few major changes that are taking place in the field of management and what manager’s should conscientiously strive for in order to improve retention and building a strong culture.

“Just do It” to More Collaboration

Collaborative management can be defined as a collection of various management techniques that bring a sense of unity and teamwork among managers, supervisors, and their direct reports. It can be broadly seen as the act of working together as a team to accomplish a common goal within a given timeframe period. The concept behind collaborative management style is to allow managers and the team to combine their strengths to collectively overcome any team weaknesses. On the other hand the ‘just do it’ philosophy involves little guidance and more of an individual approach. This shift was partially stimulated by the Silicon Valley boom where groups of small companies had to collaborate in order to stand up to the older more powerful companies outside of the valley. Eventually, this approach of collaboration started to catch on and become an expected norm in the workplace. As Reid Hoffman, founder of several Silicon Valley companies put it best “No matter how brilliant your mind or strategy, if you’re playing a solo game, you’ll always lose out to a team.”

The ‘Just do it’ philosophy is still prevalent today and is very useful where the stakes are lower. It is similar to the popular ‘Fail Forward’ methodology. Try and fail quickly and in order to get feedback.

Comparing to the collaboration method, scrum workflow model is a perfect example of an collaborative management approach: teams work in 1-4 week sprints where during a planning phase of a Scrum sprint, the team gets together and decides which tickets are the most important to get done in those weeks. Each person is able to give their say in the process while the ‘just do it’ approach involves the individual deciding what is most appropriate and just doing it without external consent

A friend of mine, Patrick Schwerdtfeger an international business consultant who specializes in technology trends, often discusses how to keep up to date with the changing times. He uses the phrase that relates to looking at different industries ‘look side to side and up and down’. This concept that relates to the adoption of new technology and trends in the world, usually broken down into five phases, three of worth concern of this post are: innovators (first people to adopt 2.5% of the population), early adopters, (second group to adopt 13.5% )and early majority (third group to adopt 34%). Once a product has crossed the into the early majority, it has now become mainstream. Schwerdtfeger’s slogan ‘look side to side’ relates to looking at industries horizontal to your own, and ‘up and down’ relate to looking at competitors who are early adopters (up) and those who lag behind (down). By keeping an eagle eye on the industry, a manager will be able to spot new trends try them out earlier in order to stay up to date and competitive in their space.

In management history, there was usually a hand off approach where the manager would say do something and the recipient of the request would need to execute on that. However, having a great mentor has always been an important item in the workplace, but not until recently has it become a necessity. Why you may ask? Because companies compete for talent and the one to offer the most items that resonate with the candidates- wins. With that said on a global survey at SuccessFactors conducted in 2014 in partnership with Oxford Economics, 1,400 Millennials shared the importance of feedback and mentorship from their managers. In other words, coaching and consistent feedback are perceived as attractive workplace attributes to their environment.

However, looking at the current economy, we are in a bull economy in 2018, in other words, it is a candidate job market. Unfortunately, for employers, it also means that they will need to compete with other companies on benefit packages. Once the economy turns around and dives into a bear market, candidates will most likely have less concern with benefit packages and more on salary and job security. Consequently, making items such as coaching tactics in a bull market less important. In the meantime, in order to recruit effectively, companies will need to concern themselves with management tactics in order to appeal to the job market.

In addition to the recruiting turmoil in the current economy, shifts in technology have increased the candidate’s ability to find a job, leading to candidate’s being less fearful of leaving their current employer. According to technology trends in hiring from iCMS, 92 percent of working Americans turn to employer reviews when considering a new job. Plus, 47% of millennials have declined a job offer due to poor reviews – thanks Glassdoor. Carrie Walecka, talent acquisition at Brightcove, highlighted specific companies and their impact on the job market, “Employer-review tools like Glassdoor and Kununu really allow the candidates to go behind the walls and see what the culture and environments are like at companies, to an extent. In the age of technology, it is much easier to do reference checks and find out who is in your ecosystem. From both sides — employer and candidate,” says Carrie Walecka, director of talent acquisition at Brightcove. Hopefully, the technology that is helping candidates switch jobs, will also help companies recruit better.

With that said, a manager’s ability to engage an employee because of the technology shifts and job market are increasing in importance from the traditional limited involvement approach.

In flat organization, fewer management layers are actively involved in decision-making. People who have the relevant information make the decisions, which reduces the hierarchical overload. Recently, companies like Google and Zappos have taken hierarchies almost completely out of Google where they have sometimes managers managing 33 employee, up from the typical 4-to-1 in senior management. Zappos, CEO Tony Hsieh has pushed flat to a whole new level, adopting holacracy principles. These are customizable self-management practices, where roles are defined around work, authority is distributed and the organization in regularly updated in small iterations. The argument stated by researchers Raaj Sah and Joseph Stieglitz that hierarchic style organizations produce problems like the rejection of good projects without reason. The greater the number of organizational decision making layers, the greater the probability that a good project will be rejected that would have otherwise had a positive impact on the company’s growth. Whether or not that is true, many companies are adopting flatter hierarchies.

While flat organizations are still in the workings and being experimented with, manager’s should be conscious of what their competitors are doing in order to understand if that approach to corporate decision making is worth pursuing.

Industrial Skillset is a branch of training designed to develop the skills and knowledge required of workers who work in the processing and manufacturing industries while the professional skillset include skills such as time management, communication, decision making and general soft skills. The reason for this major shift is from industries changing so quickly that an employee needs to obtain and learn new skills as they become relevant in the workplace. Typically, employers used to place a high importance on getting candidates with the ready skills, however, with the rapid changes, many skills that the candidate learned will become obsolete places a higher importance. As a consequence, employees who have the soft skills to learn but also a great set of soft skills will become relevant in any environment. This trend applies more to fast pace industries than larger industrious ones.

Technology is single handedly closing slow moving companies over night, and evaporating industries in months. With these four shifts in management, you will be able to see the tide coming and adapt before the sea of changes can sweep you away. Always make sure to look at horizontal markets and competitors in your own market that are doing well. With this new skill, you will be able to stay on top of the moving trends and be effective at any point in time. As William Ford Gibson, the science fiction writer would say ‘the future is already here, it is just not evenly distributed yet.’