7 Ways to Make Sure People Show Up On Time 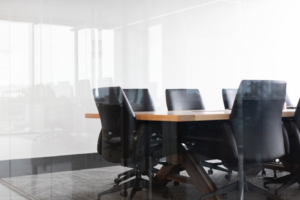 You hate it, I hate it, everyone hates it, but it still happens. People show up late to meetings no matter how many reminders they receive. The corporate workplace is notoriously known to have people not respect meeting times while other environments like the military, are extremely consistent. Unfortunately, corporate managers cannot yell, scream and have their employees perform endless repetitions of push-ups. Making it much more difficult to enforce rules. Environments that can enforce immediate repercussions like the military can create efficient running atmospheres, while their corporate counterpart struggles with not wanting to encourage turnover by ramping up the intensity.

So what can managers do to help curb the incessant late meetings? I have read many time management tips and trick in regards to meetings and found a lot of them to not be very helpful. For instance, ‘Don’t Just Give a Couple More Minutes’, does not work if the most important person in the meeting does not show up, or better yet, what if it’s a one on one meeting? Either case the technique falls flat. What about ‘Make it clear when the meeting starts’? Are the people magically not remembering you sent out a reminder 3 times that week? Or what about the technique that states if ‘the person who planned the meeting should send out what time the meeting was going to be?’ How often does that happen – never, its pretty straightforward. Or my favorite ineffective piece of advice: ‘pick a good meeting time’. What really constitutes good? That people show up? No, a time that overlaps with everyone else’s meetings so you don’t have to worry about people showing up because – they can’t.

With that said, it’s better to be a part of the solution rather than the problem so here are a few techniques that I have found useful in my corporate experience:

Originally popularized by a University professor who was sick tried of students showing up late, this technique never seems to fail on the initial shock factor. Just imagine, someone taking their time getting to the meeting while everyone else is there patiently waiting for them and by the time that they arrive, the room is conveniently locked. They will knock on the door and ask to be let in but the person in charge conveniently gets to tell them that they were late and they will need to get the notes after the meeting.

I discovered this technique when I came across sales training manuals where they all had bizarre start times like 8:57am, 7:32am. With these bizarre times, I found it fascinating how the times seemed to do a pattern interrupt where they stood out in bold, making it much easier to remember. In addition, what is considered an acceptable time to be late for an unconventional time? 9:00 if its 8:57am or 7:35am if its 7:32am? It’s hard to say but it gets the attendees of the meeting paying attention.

Who likes public speaking? Probably not many, but I am a fan so I actually like this technique while others may hate it. Essentially, whoever shows up last, given that they show up after the meeting has started, chore them with taking notes on the meeting. Then presenting those notes at the end. That way, the person real time needs to focus in on the meeting and report what has taken place removing the responsibility of having to send the notes out afterwards. It is important to note that while this may seems like a great idea on the surface, after a few times of the same person showing up late, the technique starts to lose its initial impact.

As I mentioned earlier in this post, one of the biggest reasons why meetings run late is that the most important person shows up late prolonging the meeting. In cases where that important person is late, cancel it. That would get everyone’s attention and also point out to the important person lack of sensitivity to the other’s present. Imagine them showing up and no one is in the room waiting for them? Drawback to this technique is that there need to be company or department wide buy in. Why? In the case that a superior is late and the direct report cancels the meeting, the direct report is not fired.

So why do people seems to want to invite everyone in the department to one meeting? Usually it is because several people need to give yes or no answer making them only relevant for 1-2 minutes in the meeting. In these cases, giving them notes after the meeting would be more effective and consequently not needing to invite them. With this technique, you are able to receive senior opinions without having to drag everyone in the office into the meeting.

Stand up and fight for what you believe in. If you believe in better run meetings then this is the technique for you. This technique consists of standing in a public place where everyone can meet. Where this technique breaks down where people can refer to what is taking place in the meeting on a screen. With that said, have one person and only one person drive the meeting by showing the notes on the screen. The person sitting will flip through the necessary slides and take notes as the meeting continues. The attendees standing will need to entertain themselves by paying attention.

If you have been in corporate for longer than 3 months you will have definitely heard this one before: ‘sorry, I had a meeting run over’. Too often used, at the same time, too often true. In order to take in account late meetings, add a buffer time. UC Berkeley, used this technique frequently when students started classes 10 minutes after the hour or half hour. It is also extremely useful in handling the uncertainty of meeting times.