Should Employees Know Each Other’s Salaries? 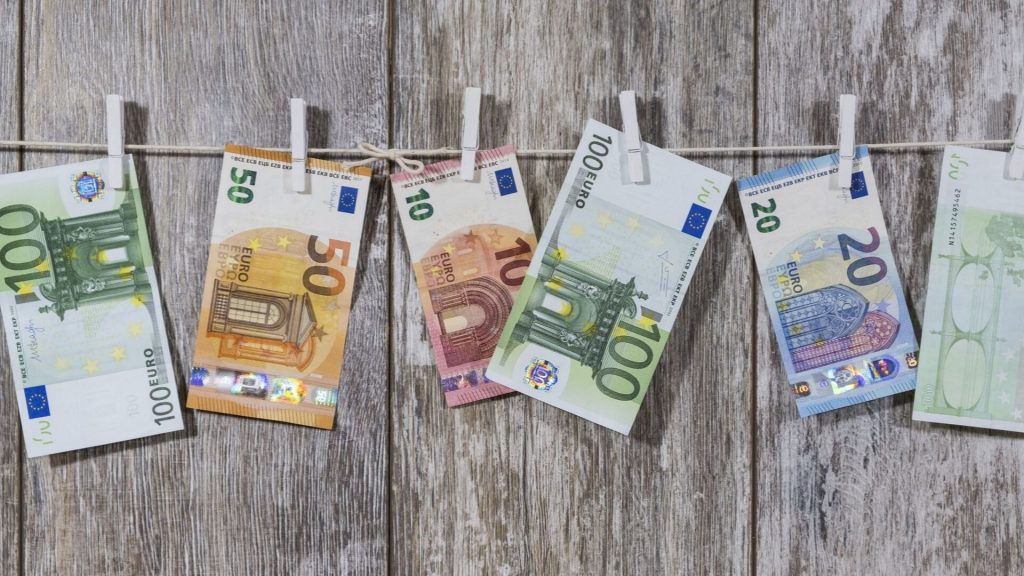 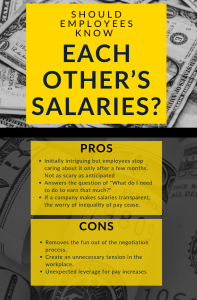 In 2011, a tech startup called SumAll decided to try something new. Instead letting everyone negotiating their salaries and hiding who gets paid what, the startup decided to pull the curtain back- letting everyone know each other’s salary. Within their database, there was a table that had everyone’s name and their corresponding salary. Anyone had access to it. All they had to do was sign in and they knew how everyone paid their bills.

Dan Atkinson, the founder of the startup, made this decision from past startups failures.

“I’ve seen people cry and scream at each other,” he said in a NPR interview. This usually happens when someone in the company finds out that they earn less than another for the same job. As a manager, back when the salaries were not transparent, Atkinson included “I have on many occasions paid the exact same skill set wildly different fees because I was able to negotiate with one person better than another.” A manager struggles with hiding this information from their directs and if they find out, the manager has to bear the consequences. Atkinson’s goal was to avoid these consequences by making salaries transparent.

As someone who has used transparent salaries, there is a lot of benefit in doing so, but also unexpected drawbacks. If you are ever thinking about making the plunge, here are a few pros and cons to help you consider this change in the workplace.

Not As Scary As Anticipated

A lot of employees often have excitement knowing that they will be able to see each other’s salaries. However, once they are able to, Atkinson states that a lot of his employees become uninterested and even bored with the fact. In my own company, I have noticed the same surprise. Initially, I thought this would be intriguing, but employees stop caring about it only after a few months.

What do I need to do to earn that much? With fixed and transparent salaries, an over performing employee can look and become incentivized by seeing what the person above them is earning. From there, they will ask their manager’s what necessary skills they need for promotion. Now the career ladder appears mapped out and easily accessible. A manager no longer has to worry about what should their direct report be paid when they are promoted. The answer is already there!

One of the big things happening in the workplace right now is the anxiety surrounding demographics and the inequality of pay. If a company makes salaries transparent, the worry can cease. Pay bands at the same time will also become more clear, as Marielle Smith, vice president of people at GoodHire states, “If salary transparency is done correctly, there would be clearly defined compensation bands, which makes that part of compensation management easier for both employers and candidates.” Knowing where someone is at on the pay scale hierarchy removes demographic anxiety and focus more about their individual performance.

Once the candidate finds out the company they are interviewing with has fixed salaries, there is usually a let down. In a strange way, it removes the fun out of the negotiation process. While negotiation has a negative connotation, an interesting proponent exists where employees would leverage it to get an extra few thousand in their annual salary. With salaries set, employees lose this option and could dissuade them from accepting an offer from the company.

I ran into a situation where the lower-paid employees began resented the higher paid employees. In this case, they wanted a promotion but as a manager, I had to refuse their request. It was either they weren’t ready for promotion or we didn’t have room to promote. As a manager, you might need to worry about the extra headache of employees wondering why they are not eligible for an increase in pay. Sometimes transparent salaries can create unnecessary tension in the workplace.

In transparent environments, employees can easily get pay increases if they are below pay because they have access to other positions in the company. This can impact your company where two individuals are paid the same but one is much more effective at their position than the other. In order to preserve equality, a less capable employee must be paid as a capable one on the same hierarchy.

If a company plans to have transparent salaries, be weary of the consequences. As the company expands and positions variety, careful thought needs to put into each one. My vote is not to make them transparent to avoid cultural tension. Hopefully, this post gives you perspective on what to expect if you decide to make the plunge.