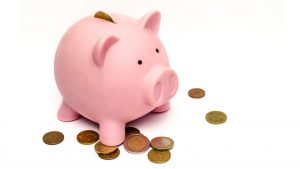 The other day, I wrote a post Should Employees Have Transparent Salaries which dove into a few startups including my own, regarding our experiences with these transparent salaries. Warning, spoiler alert! The article reached a consensus that having transparent salaries was not a good idea when considering the pros and cons of doing so. However, the support behind this perspective stemmed from anecdotal experience in the workplace and not research.

In this post, I wanted to follow up with a study of why having transparent salaries could be dangerous in the workplace.

To begin, what do you think of the fact that our college education system pays a seasonal clerk on the Franchise Tax Board about twelve thousand dollars while the past head coach of UCLA football team, Jim Mora, earned $3.58 million? How does that make you feel knowing this difference? Or better yet, how can you fact-check this so you know I am not pulling heartstrings?

Turns out there is a publicly accessible database on a website called the Sacramento Bee containing over a decade of salary history on California state workers. This means the University of California, California State University and other state worker organizations salaries can be viewed by anyone.

Now, back to the original question, how do you feel knowing that two people in the same state worker system where one is paid $3.58 million and other twelve thousand?

The answer to this question has puzzled social scientists and economists resulting in different theories involving salaries. If people are resentful towards others with different salaries, salaries in the workplace should not be transparent, on the other hand, if they are indifferent, the salaries can be transparent. From here, we will cover two models and see if transparent salaries should be leveraged.

In this first theory, people perceive their inequality in terms of opportunities. If someone views their coworker’s salary and see that they are higher than theirs, then they will ‘update’ their predictions on their future earnings and assume that they are likely to receive a raise. Contrasting, if their coworkers around them have lower salaries than them, then they will see their future as less bright. In other words, they logically conclude the people around them determine what their future earnings should look like.

While Rational Updating is a logical view, Relative Income Model is emotional. If employees discover that they are being paid less than their coworkers, they will see it as a signal of underappreciation from their managers, and resentment towards the one who is earning more.

Back in 2009, economists knew that the Sacramento Bee was relatively unknown. As a result, they conducted a study to verify which model held true. The economists set up a study where they would send several thousand emails to employees at three different University of California colleges alerting them of Sacramento Bee.

After sending out the emails, the researchers saw a spike in Sacramento Bee traffic verifying that people visited the site to check salaries.

A few days later, the researchers sent a follow-up email asking if the employees felt satisfied with their job and income. However, the researchers needed a control group. As a result, they also emailed employees who were not contacted initially and asked them the same questions. Unfortunately, their findings did not predict either model.

The Relative Income Model appeared where employees stated that they felt ‘pissed off’ that they earned less than their colleagues. Contrasting, the employees that discovered they were earning more than their coworkers instead of being excited, were indifferent, breaking the Relative Income Model. The economists concluded a “negative effect on workers paid below the median for their unit and occupation” but “no effect on workers paid above the median.”

If the Relative Income Model were to work effectively, people would feel good about having higher salaries than most of their coworkers. However, the irony is, no one seems happy in this finance study. If on the lower end, resentment builds, if on the higher end indifference arises. The employees never reach the pot of gold at the end of the rainbow.

From this conclusion, the economists uncovered a well known, yet, alarming finding. Animosity forms in economic differences. Hence, revealing these differences could give the lower-paid employees within a company more reason to dislike the higher paid coworkers. In other words, revealing salaries is the perfect splint that can go through the heart of culture relationships.