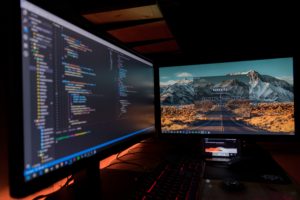 During my sophomore year at the University of California Berkeley, I was one of 400 students in the intro to computer science course. By the time I was graduated, that intro class tripled in size. That extreme change is symbolic of today’s software engineer economic demand. Consequently people all around the world are deciding to choose software engineering applying in the thousands to software companies.

At the same time, companies still struggle to find talent with the flooding number of applicants. Recruiters across Silicon Valley have noticed that there is a ‘lack of talent but an overflow of supply’. Usually, with a single job post for a software engineering position, you can expect to receive over 500 resumes.

How do I know this? I have been in over 500 interviews and with a little small talk with recruiters, you can find out a lot.

In those conversations, one of the biggest problems that companies have with recruiting software engineerings is finding ones that are top notch (trying to avoid using the rockstar cliche). Typically, companies try and change their value proposition, job descriptions and even add a recruiting video. However, for a lot of software engineers, those don’t matter much. It’s more about what they will do day to day.

That means it’s the tech stack. And very often, the companies still fail to realize that tech refreshes can work as a great marketing tool.

When considering the software that a company builds, there are various languages and programs that work together. Some are newer than others. If a company has really old code like Fortran and decides to update to Node.js, that would be considered a ‘refresh’ or rather tech-refresh. Newer code replaces the older code. As HPE puts it ‘Tech refresh is the cycle of regularly updating key elements of your IT infrastructure to maximize system performance.’

In the world of software engineering, tech-refreshes are important to stay up with industry trends, increase scalability, doing more with less, and preventing technology downtime. However, in my experience, tech-refreshes are usually pushed by engineers and not the other departments.

The simple answer is time and money. Refreshing a code base at 2 million lines is a hefty undertaking. During my tenure in Lithium Technologies, there were various times when people tried to silo off pieces of the mainframe code base and people continuously failed. Each one of those failures cost the company millions of dollars due to waste man hours- software engineers are not cheap!

Here is the major problem, when a potential candidate evaluates a company and considers the benefits package, the question then comes up ‘does this company help me progress in my career?’ If there is a tech stack that is old, how does that help the individual? It doesn’t. In fact, it will hinder their performance because inevitably when they need to switch jobs. Consequently leaving them with outdated technology on their resume.

The counter argument to this is that software engineers are problem solvers by nature and it should not matter what technology stack they use. If they are able to solve problems effectively then they will be able to get hired again. The glaring hole in this argument is that recruiters often look for engineers who have previous experience working with specific languages and tech stacks.

For instance, how many times have you seen the job ad where it states that you must have 5 years of experience with ‘some language’? It extremely common and if a candidate joins a company with an outdated tech stack, they are essentially shooting themselves in the foot.

In order to ensure tech-refreshes happen, companies need to allocate mandatory budgets and time. That means putting aside the necessary financial but also human resources to ensure that the technology is up to date on a continuous cycle. (More on that here). On the team level, managers allocate part of their objectives to include time for tech refreshes.

Needless to say, there will always be push back from different department when considering making tech-refreshes a mandatory deliverable. Companies who have outdated tech stacks should know that tech-refreshes work as an invaluable tool to attract the top talent in the sea of engineers.