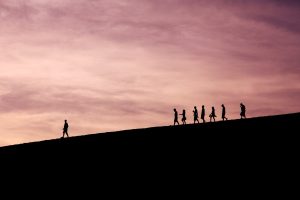 In the #1 New York Times Bestseller, Extreme Ownership– How U.S. Navy Seals Lead and Win point out a bizarre yet well supported premise- ‘there are no bad teams, only bad leaders’. With this premise, the younger generation that is commonly criticized for being narcissistic and entitled brings up the question- who fault is it when Millennials don’t perform? In the paradigm of Extreme Ownership, the leader must take responsibility for everything in their environment that is contributing to the team outcome. If there are issues with entitled employees, it’s the leader’s job to set the record straight.

Seal training involves water challenges where they have to race with boats in teams ranging from 4-6 people. During a day in hell week, there was a consistent winner, boat six and loser Boat two. As an experiment, the drill instructor had the second and sixth leaders swap teams to see if Boat six would still perform as strong. The instructors wanted to deduce fi could a strong leader turn around a poor performing team.

Unexpectedly, the second boat beat the sixth boat in the very next race. A simple switch of the leaders made the an entire difference in team performance.

With that said, I pose a question: what if a manager’s difficulty with handling Millennials is not the Millennial fault but the manager’s inability to lead effectively? While that may make many manager’s hair stand on end, note what the New York Times authors stated ‘there are no bad teams, only bad leaders.’ Here are four ways for manager to better effectively manage Millennial employees. 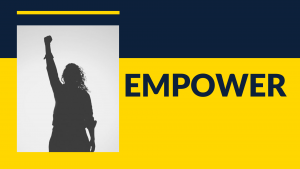 Jibe blog states that 53% of Millennials want to become a senior leader at their current company. Implying that Millennials are eager for growth opportunities. Often, because of age, managers tend to not place Millennials in leadership positions. Mainly due to experience, but it does not mean that Millennials in the workforce need to be helpless in career growth. There are many things that Millennials can do on the job to later prepare them for career growth while they are still green. Managers can help pave paths that help Millennials become more autonomous.

Let’s face it, a manager cannot manage an infinite amount of employees.

Due to this bottleneck, managers need to learn how to empower employees making them become less reliant. Managers can do this through shifting from Facetime Driven management (assuming if you can see them, then they must be doing work) to Performance Driven management (regardless if I can see them I know they are getting the task done). Essentially avoiding micromanagement. A Millennial employee is tracked from milestones and quantifiable deliverables instead of amount of hours in the office. This will involve the manager letting go and empowering their Millennial employees to take on more responsibility at the same time opening themselves up to handle higher priority tasks. 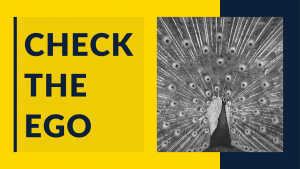 In Extreme Ownership, Babin describes a difficult situation where he help a VP of a well-known manufacturing company with a huge ego report direct. Gary, the VP had a direct report violate company protocol. Interestingly enough, the direct report had more experience than Gary making the situation difficult because Gary did not want to undermine his coworker. At the same time, the line was explicitly crossed. If Gary approach his coworker there was a good chance the misbehaving employee would leave.

When addressing Millennials, there is usually an experience gap between perceived and actual ability- making mistakes more common. If a mistake happens, check the ego and place the responsibility on yourself as a manager so the feedback is more easily received. 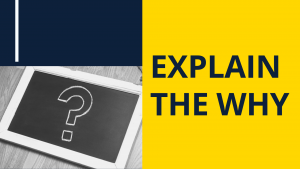 Leif and Wilink, refer to this concept as the ‘Leading Down the Chain of Command’ method. Here, they explained “it is paramount that senior leaders explain to their junior leaders and troops executing the mission how their role contributes to big picture success…leaders must routinely communicate with their team members to help them understand their role in the overall mission.” By providing this context, individuals will understand why they are doing what they are doing giving them stronger motivation to complete the project/mission at hand.

Historically in corporate, asking why demonstrated an undermining of a superior’s decision making ability. However, each person in a chain of command needs to have buy in. Essentially, being sold of why we are doing something. However, the common Millennial always need context is not a generation preference, but a psychologically one. When someone understands why they are more resilient in progression towards the goal. (More on that here).

In addition, Millennials are constantly faced with certain technologies becoming obsolete making them more prone to asking why something should be. Technology use often relates to what is most efficient ,and by asking what is most efficient, the answer is reached faster. Hence, make sure that you provide the why when addressing Millennials. They grew up in a time of constant technology change so providing why can help with motivation. 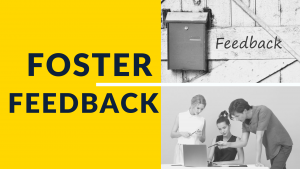 Did you know that Facebook had a $350 million retirement package for a small group of employees? A few employees at Facebook left and founded a company called Whatsapp that was later acquired by Facebook for $19 billion. The employees at the company each received $350 million dollars. What if Facebook was able to foster the environment where the employees built Whatsapp functionality internally?

This story is the aspect of feedback. Often, there are many stories of company founders leaving companies and later being acquired by them for millions of dollars. As a response, many companies are now opening up internal incubators are ways to foster creative energy and internal startups. However, on the individual level, creating an environment where people feel open enough to share feedback can dramatically increase the productivity and efficiency of the workplace. Make sure to create an environment in the long run unless you want to pay for someone’s crazy retirement fund.

With these four tips, leading Millennials should become a much easier process. Whether you are on the military or corporate, learning to lead can transform a team’s performance. As a Millennial, I have experienced many corporate environments that have struggled to implement some of these points. The ones that have though, not only made it a company a place that I enjoyed working at, but also for the other employees as well who continue to work at the same company to this day.