How to Make Someone Feel Heard – Millennial Management Tip 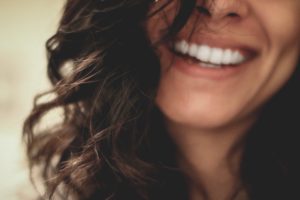 We have all been there. During a conversation, you finish explaining a particular point and the next person begins talking. However, you know they didn’t absorb a single thing you said. Even though they nodded their head and acted interested, everything else signaled you were communicating with a brick wall. How would have that conversation gone if the other person just listened? All you wanted is to feel heard. There are many moments in the workplace where just listening to another employee can go a long way. Instead, when another person appearances to tune out whether consciously or unconsciously, alienation occurs and breaks down workplace relationships.

Wanting to be heard stretches beyond just the workplace. MIT researchers have shown that when it comes to intergroup conflict, the group with less power benefits more from sharing its perspective. In other words, when someone is in a tough spot, there is a benefit to listening to their perspective because of emotional benefit. In that particular research, MIT focused on the peace promotion in the Middle East where they established peace camps and different methods to break down conflict. What they found is the power of being heard helps resolve intergroup conflict regardless of the demographic because its an innate human desire.

As a manager, if you are able to have your subordinate feel heard, you will find it a lot easier to not only give feedback, but also build a psychological safe environment. Why is psychological safety important? Well, Google researchers back in 2012 interviewed their internal teams across the world and found that ‘psychological safety’ ranked near the top pillars of a strong team.

But how do you maximize the chance for someone to feel heard? Here is a six step process to help you make it easier for others around you to feel heard:

Use the 2 second Rule

Once the person speaking has started the story, more often than not, they will not capture the what they felt during the events. In order to uncover what they felt and other parts of the story a tactic called ‘probing’ is needed. The goal is to draw out the other person so the full situation is out in the open. Getting to the root of the problem or situation.

Below are a few questions that you can used to discover what happened. Note, the way you ask these questions is very important. If you ask in a condescending way, the other person will shut down. Try starting from a place of genuine curiosity and from the viewpoint that you and the person speaking are both trying to figure out the situation:

Why do you think this is the case?

What was your intention when…?

What do you assume to be true about…?

What is the connection between…and…?

Is there anything else that happen in this situation?

In the flow of conversation, keep asking these questions until the person has nothing else to share on their side of the table.

The step next is probably the most difficult:

Now that if you have listened to the person’s story, it will be your job to summarize what they said. Definitely avoid using word for word what you heard. Put it in your own words but the story can definitely be much shorter than what they said. However, make sure you don’t miss any major facts and significant events. Once you have the facts, address their emotions next:

When someone else does not feel heard, they are usually refers to the someone not understanding the emotions that were felt. If the person talking did not state anything about their emotions, take a guess at what they felt and state that ‘I am assuming you felt (emotion) ‘ when (particular event) happened. Chances are you will be it abit off, however, if you are not, then that statement can be extremely disarming in a good way.

Out of the three summarizations, this one is the intellectually most difficult. In this section, summarizing what the person’s point of view is and the opposition (other person, problem) is. This is only mandatory when there are other people involved because how could you give a psychological perspective of how an object felt? This will not only be helpful for the other person’s viewpoint being understood, but could also help you understand the consequences of the situation.

Come to a Consensus

Here is where things get interesting, after you have summarized their story, possible emotions and perspectives, wait and listen. If the other person acknowledges that what you said is accurate, great. If they don’t, expect to have one of your summarizations critiqued. From here, continue on this loop until you and the person come to agreement on what happened, what they felt, and how they viewed the situation.

Learning how to listen to employees emotionally is a great way to building an environment where people feel safe. As Cheryl Richardson, author and TV Personality states ‘People start to heal the moment they feel heard.’ Whether you are a Millennial, Generation X, or whatever Generation you identify with, at the end of the day, all of us what to be heard in some capacity.