6 Challenges in Motivating Millennials with the Carrot and Stick Model 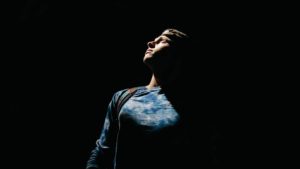 Entitled, spoiled, naive are all words that associated with Millennial behavior. According to Gallup Research, 66% of employees in the workplace are either disengaged or actively disengaged. Many employers have tried to motivate employees including Millennials with the ‘carrot and stick model’. In the New York Times Bestseller, Drive by Daniel H. Pink, describes the ‘carrot and stick model’ as a model that leverages extrinsic motivation to encourage behavior. Here is the carrot, now do this particular action!

On the implementation level, that means having bonus programs for employees resulting in higher pay or other workplace privileges. Many of these techniques are also used to retain and attract Millennials. Do you remember the free food movement? What about the game room trend? Or maybe the gamification approach? In each of these cases, different assumptions are made hoping to motivate employees or candidates in different ways. That might be signing a contract to join a company, staying at the company longer, or spending more time in the company’s cafeteria in order to build relationships with other employees.

Employers use each technique like a conductor signaling the right timing of notes and the orchestra, or rather, employees will act accordingly. However, there are many erroneously techniques surrounding workplace motivation that Daniel H. Pink elegantly disapproves in his book mentioned earlier. When considering motivating Millennials we are going to take a closer look at the ‘carrot and stick model’ so that you will have a better understand on what does and does not motivate your team.

Each one of these challenges are from Chapter 2a from Drive.

Research Experiment: In a preschool setting, researchers were trying to determine if the assumption above was accurate. In order to do so, they divided the three preschoolers into three groups. Group 1: Received an expected award after they finished reading. Group 2: Received an unexpected award after finishing. Group 3: Did not receive a reward. After running this experiment with the preschoolers, three weeks later the researchers recorded which group read the most books compared to before the experiment. It turns out, Group 2 and 3 read the same amount while Group 3 decreased. Somehow, having a ‘if-then’ reward system changed the students perspective on reading.

Research Experiment: Researchers wanted to test the assumption above so they traveled to India and created a game experiment. The researchers worked with a group of people who all had to play a particular game. For winning the game, each group would receive a different reward. Group 1: 4 coins (a few dollars). Group 2: 40 coins (a half day of pay). Group 3: 400 coins (6 months of pay). The researchers gave the groups numeric targets to accomplish. If the participants hit the target they would be paid. The results? Group 1 and 2 had the same performance, but Group 3 had a surprising decrease in performance. These findings have been verified by the Federal Reserve of Boston and imply that having too large of a reward can decrease performance.

New Assumption: Having a larger reward does not increase performance proportionally and could also hinder it.

Erroneous Assumption: If incentivized extrinsic motivation is provided, then the result will be reached faster.

Research Experiment: Researchers wanting to test if monetary was provided then innovative solutions would be reached faster. In order to test this, the researchers came up with an interesting candle experiment. In this experiment, a participant is given a candle, box of tacks, and matches. They are then asked to stick the candle on the wall. This requires the participants to use ‘Functional Fixedness’ which requires them to use objects beyond their perceived use. In this experiment, tacking the box into the wall to hold up the candle. The participants were divided into two groups. Group 1: were simply told that this experiment is to collect data. No extrinsic motivation present. Group 2: Offered to be given $5 if they come in the top 25% of participants and $20 if they are the fastest to complete the test. The assumption here is that with monetary rewards, the money would incentivize each group to reach the goal faster. The result, the incentivized group took 3 and a half minutes longer. Somehow, having the extra reward inhibited the participants ability to think creatively.

New Assumption: Incentivized extrinsic motivation does not mean someone will arrive at a creative solution faster. 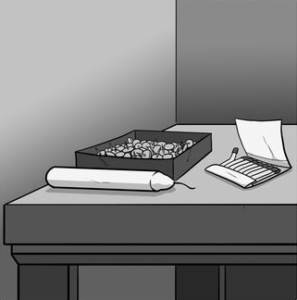 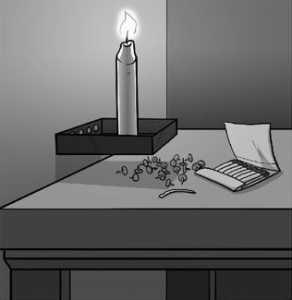 Erroneous Assumption: Someone is more likely to do something if they are being paid for it.

Research Experiment: A group of blood donors in Sweden participated in an experiment to test if they were more likely to donate blood if they were paid. The participants were divided into three groups. Group 1: Control, they would choose to voluntary donate blood. Group 2: Participants were paid roughly $7 to donate. Group 3: Paid the same $7 but the money goes to a cause. Each group was presented their incentivization model then asked to donate blood in the different formats. The number of people who actually donated blood with the different incentives goes as follows: Group 1: 53% donated. Group 2: 30% donated. Group 3: 53% donated. In other words, cold hard cash came in last. Researchers guessed this was the case given than ‘altruistic acts can crowd out the intrinsic desire to do something good.’

New Assumption: Monetary incentive is not always the strongest incentive.

Erroneous Assumption: Someone is less likely to do something if they are reprimanded.

Research Experiment: In order to test this straight forward theory, researchers leverage a daycare center’s new after hours program. In order to reduce the number of parents leaving children there too late in the day, the daycare center put up a $10 penalty if parents failed to pick up their child later than 4:10. After the new program was put in place, data was collected on how many times children were left late at the daycare. Surprisingly, the parents started to increasingly leave their children at the center to the point where the number doubled compared to the new program was put in place. The researchers came to a consensus that before parents were acting out of good faith (intrinsic motivation) to show up on time. With the new obligation to be there, that removed the good faith making it less likely for the parents to show up promptly.

New Assumption: Someone is less likely to do something depending whether its intrinsic versus extrinsic motivation. Reprimands don’t also work as expected.

Research Experiment: The first part of the research depends on challenge one, where children were less likely to read if they were incentivized extrinsically before. The second part of this challenge relates to how companies maximize quarterly results at the expense of long term results. Making executives and decision makers a lot more short sided. Researchers attest the financial bubble in 2008 and 2009 to be related to this phenomena.

With all of these new challenges in places, how do you effectively motivate your employees? I will answer this in more depth in another post, however, here is a simple tip: Its best to use monetary rewards when a task is extremely boring and routine. For tasks that are more creative, Pink suggests “concentrate on building a healthy, long-term motivational environment that pays people fairly and that fosters autonomy, master and purpose. Avoid the carrot and stick model in almost all circumstances.” On how to do this exactly will be published in another article later this week.

Stay tuned for part II, the solutions to motivating employee and of course, Millennials.