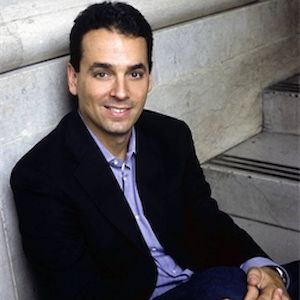 Earlier this week I wrote an article diving into what Daniel H. Pink in his book Drive describes as Motivation 2.0. In a nutshell, Motivation 2.0 is the ‘carrot and stick model’, give someone an incentive and that should make them want to do a task. Problems arise on deeper analysis where certain incentives are used, the opposite anticipated result takes place. If incentives are not set up correctly, certain workforce drivers can backfire such as decreasing performance, destroying creative solutions, and waning productivity.

Motivation 3.0 origin stems all the way back to the 1970s where Edward Deci and Richard Ryan coined the ‘Self-Determination Theory’. The theory is based on universal human needs, specifically three: competence, autonomy, and relatedness. Ryan and Deci claim that “if those needs [competence, autonomy, and relatedness] are satisfied, we’re motivated, productive and happy. When they’re thwarted our motivation, productivity, and happiness plummet.“ Quite a different viewpoint from the Motivation 2.0 counterpart.

With Self-Determination Theory in a tripod format, Pink in Drive suggests that workplaces should focus on fulfilling those pillars by maximizing autonomy, mastery, and purpose in the workplace. In Pink’s book, Drive, each pillar is analyzed and broken down into tangibles that can be applied within corporations. Let’s take a look at the first pillar:

With this pillar, unlike Motivation 2.0, the theory assumes people in the workplace are intrinsically motivated, however, they can and often do, become extrinsically conditioned by excessive rewards. People have a natural state of intrinsic drive that can be harnessed if the workplace environment has the principles specifically those that encourage autonomy.

Facetime Management means if I can see them, then they must be doing work. On the other hand, Performance Driven Management has deliverables labeled and the employee can accomplish the task any way that they want to. That means employees can deploy whatever method that is within the legal parameters of the company. Yes, that means that people can show up whenever they want as long as they get the job done. Note, that this technique does not work for in-person business such as restaurants and many blue collar labor jobs.

Another name for Performance Driven Management is ROWE [Results Only Work Environment], formally coined by two human resources executives at Best Buy. In those environments, people can show up at whatever time they want and get their work done in any way they wanted. At a pioneering tech company named Meddius, the CEO resonated with the ideas of ROWE prompting him to try it in his own company. In inspiration, during a company holiday dinner, the CEO announced that for the first ninety days of the new year, the company will now be operating as a ROWE company. That means that people could come into work whenever they wanted as long as they got their work done.

The CEO believed that employees are a lot less likely to leave for a higher paid position in another non-ROWE company because how important autonomy is valued. In addition, he also thinks that ‘more companies will migrate to this as more business owners my age come up. My dad’s generation views humans beings as human resources [Motivation 2.0]. They’re the two-by-fours you need to build your house.”

Interestingly enough, at Best Buy, these results produced $2.2 million in savings over three years, according to the CultureRX website. However, in 2013, the CEO reversed the ROWE reverting back to a non-ROWE company. Matt Furman, the spokesman of Best Buy stated “Bottom line, it’s ‘all hands on deck’ at Best Buy and that means having employees in the office as much as possible to collaborate and connect on ways to improve our business.” So why would the CEO pull back this idea that seems to produce positive results?

In a Harvard Business Review article, Monique Valcour Phd, reflected on this reverse stating ‘research including my own has shown that the culture of work-life support in a company is the most powerful predictor of employee work-life balance as well as a key element in job performance, organizational commitment, and intention to remain with the company.’ ROWE’s inability to stimulate culture was the culprit.

Having built two businesses that are ROWE, I could definitely understand the concerns here. Culture is the fabric of retention and determines the resiliency of a team during tough times. If people are not in the office interacting with one another, culture is much more difficult to manifest.

While I think having ROWEs for large organizations is a difficult challenge, I believe for small business teams, ROWEs can be a great structure. To overcome the culture boundaries, our team has mandatory meetings where everyone present gives their status updates and collaborates on different viewpoints. Outside of meetings, we have instant messaging tools where we can talk about both business related and ‘water cooler; topics. From leveraging these newer technology like Slack, we were able to build teams that have high levels of retention and foster a culture where people join dialing in.

I wonder if Best Buy would one day reverse their removal of ROWE given more tools are available to foster healthy cultures?

Pink also suggests that Fedex Days can encourage autonomy in the workplace. Fedex Days consists of time where employees can work on any project they want including projects that are not work related. In addition, employees would need to produce something within a short period of time, usually in one day to show what they have been up to.

The concept originally started at 3M in the 1930s and 1940s where William Mcknight, Chairman of the Board at 3M, believed in a simple credo ‘hire good people and leave them alone.’ A policy passed in 3M allowing technical staff to spend up to 15 percent of their time for topics of their choice. Sounds familiar to companies like Google? Do you know the Post It? What about Gmail, Google News? Fedex Days helped give brith to all those ideas.

Overall, autonomy is very difficult to create in the workplace. With extrinsic motivation pushing against such values, manager’s with carrot and stick model fail to capitalize on individual drive. However, this requires corporations to make the shift from seeing people as passive entities needing constant direction to autonomous curious individuals capable of making solid contributions with minimal vision.

But what about the other parts of motivation? Later this week there will be two other articles, one focusing on Mastery in Motivation 3.0 and the other Purpose.