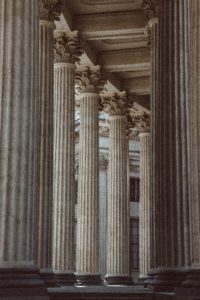 Bean bags, sleep pods and bicycles are some of the things that come into when mentioning autonomy in the workplace. An utopian ideal that assumes to foster positive employee emotions at the expense of productivity. However, Daniel H. Pink points out in his book Drive, there is substantial evidence for autonomous workplaces that achieve impactful results. In this post, instead of diving into why autonomy is important, or as Daniel H. Pink calls it Motivation 3.0, [more in this post], we will focus on how to create autonomy in the workplace.

Diving deeper into the conditions for autonomy, Pink argues that there are four dimensions that someone can exercise in the workplace. As the author concludes,

“A sense of autonomy has a powerful effect on individual performance and attitude. According to a cluster of recent behavioral science studies ,autonomous motivation promotes greater conceptual understanding, better grades enhanced persistence at school and in sporting activities, high productivity less burnout, and greater levels of psychological well-being.” (Pink 89).

Extreme skepticism can arise when reading that employees should have autonomy over what tasks they do. The thought of an entire organization filled with employees that only do work that they want is a dystopian nightmare by most manager’s standards. But what if employees would only work some of the time on tasks that they wanted to do? What if those tasks were related to key and important parts of the business that no one seemed to get around to? Or better yet, no one thought of implementing because the company remained too focused on the next quarterly profits?

In the 1930s, William McKnight, the president of 3M, challenged the base assumption of workplace human capabilities believing that ‘hire good people, and leave them alone.’ McKnight implemented a bold policy allowing technical staff to spend up to 15% of their time on projects they choose. While the policy was met with internal and external skepticism, the results were astounding. Many breakthroughs happened on the 15% time including the creation of the Post-Its.

Today, many companies such as Atlassian or Google, who pave the way with innovation, leverage these types of creative approaches. Along with allowing employees autonomy in their workplaces, these companies also leverage the unique and creative ideas that employee have. And no, the company’s do not give up IP if those ideas are made during the 15% period.

By letting employees work on tasks they choose, companies are able to increase autonomy, engagement and leverage the creative ideas that their workforce has.

Pink starts his argument for time by showing that many lawyers have very low ‘subjective well-being’. The main cause behind the low well-being, Pink argues ‘Lawyers often face intense demands but have relatively little ‘decision latitude.’ Other studies followed in similar results such as one in 2007 that found students who graduated in law school, over a three year period experience plummeting well-being. The cause, the lack of autonomy.

So is the answer for people to do work whenever they want? Well, yes. Companies have started trying a ROWE approach (Result Only Workplace Environment) where employees can leverage their time however they want in order to get work done by specific timelines. Best Buy was one of the first companies to utilize this approach, leading the way for a whole fleet of other companies, some with better luck than others. Note, that these are not only tech companies that are adopting this approach, but government entities as well, which are known to be the slowest moving in terms of adoption.

The base argument stems from treating adults as adults. Give them their assignment, a deadline, then let them show up at the office when they need to in order to accomplish the task. As Pink brilliantly puts it ‘without sovereignty over our time, it’s nearly impossible to have autonomy over our lives.’ (Pink 99).

Have you ever had a boss or a parent look over your shoulder as you complete a task? Maybe it was drying off dishes or putting the copy head on a budget report? When you go to dry off the dishes, your mother always had you dry off the top first then the bottom while you preferred the opposite. Even though she was adamant about her point of view, you knew that at the end of the day, whether you did it her way or yours, the job was still be done to her satisfaction.

This is a huge problem in the workplace today. Management would often dictate the process to completion rather than judge the end result itself. The fallacy to this approach lies in the fact that people have unique preferences that can inhibit or assist in accomplishing a task. If a workplace process does not catered to the people’s preference, the company can miss out of valuable productivity.

The call center industry usually consists of a building filled with armies of people smiling and dialing. An industry known for its enormous turnover rate sometimes as high as 100 percent. However, the American airline JetBlue decided to try an experiment. What if people could remove themselves from the stressful ‘boiler room’ environment and work from home? JetBlue tried this experiment and ended up earning customer service ranking shoulders above its competitors. An amazing successful by simply giving the employees autonomy over how they wanted to get the job done.

This by far is the most difficult to implement. This part of the autonomy pillar revolves around employees getting to choose who they get to work with. However, if an employee works with a particular company and team, how could they choose? There are a variety of solutions to this problem, each applicable to its own industry.

At GORE-TEX, Pink summaries ‘anybody who wants to rise in the ranks and lead a team must assemble people willing to work with them.’ With this approach, rising leaders in the organization get to pick a team that is a two way agreement, the leader and the subordinate are on board choosing one another. At Google, candidates go through a rigorous interview process and if they pass, they enter the candidate pool. Here, internal teams can pick which employees they want. In addition, employees can decide if they want to join the particular team.

Out of the four pillars, I suspect this will always be a difficult one to maximize autonomy. However, a few companies are leading the way in providing viable solutions by leveraging internal team selection.

Out of the four, I recommend going with the ‘technique’ pillar first. Maybe not letting your entire workforce work from home, but let them deliver the tasks in the process that they decide on. If that is too much, then try having a policy that allows people to work on projects to stimulate task autonomy in the workplace. And if they continue to hit milestones then it was a good approach and you can move to ‘time’ then ‘task’.

If you are still reluctant to take the plunge into giving employees more autonomy I don’t blame you. Moving from a carrot and stick workplace environment to one that encourages autonomy takes a lot of planning and preparation. However, if you believe that you can operate with autonomy in a workplace environment, chances are there are others who work with you who believe the same.