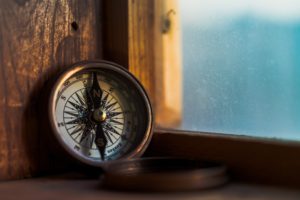 “He who has a why to live for can bear almost any how.”― Friedrich Nietzsche

How simple yet profoundly deep. Motivation 3.0, coined by Daniel H. Pink, in his book Drive, has three parts to it, and the last part is ‘purpose’. The other two, autonomy and mastery, have both been discussed in posts earlier this week in case you are interested in learning about those. Thus, unpacking purpose and its importance is the last part of explaining the ‘Self Determination Theory’- the core to Motivation 3.0. For readers who have not read the other two articles, ‘Self Determination Theory’ is a theory of motivation that leverage intrinsic versus extrinsic motivation. Competing with this theory is the classic ‘carrot stick’ model that relies solely on extrinsic rewards to motivate employees. If employers are able to effectively leverage ‘Self Determination Theory’ in the workplace, they will find their teams incredible effective, engaged, but most importantly, eager to come into work.

Going From Theory to Application

Pink, in his chapter Purpose reveals a fascinating example of the power behind purpose. In a study to uncover its power, the University of Pennsylvania had researchers take a closer look at the university’s fundraising operation. The researchers broke the participants into three different groups. Each group consisted of individuals who would call possible donors for fundraisers. Before calling, group one, would read brief stories from previous employees about the personal benefits of working in this job (money, communication skills, perseverance)- essentially career development skills. The second group would also read stories before calling, but the stories involved people who had received scholarship money and how it improved their lives. Lastly, the third group was the control group, who did not read stories before dialing.

When comparing each group, group two raised almost twice as much money than groups one and three.

Why was there such a dramatic difference in the groups results?

Pink states that “we tend to obsess over the ‘how’ – as in ‘here’s how to to do it’ yet we rarely discuss the ‘why’ as in ‘here’s why we’re doing it’…People that work are thirsting for context, yearning to know that why they do contributes to a larger whole.” Claiming that organizations spend too little time behind the why missing a valuable opportunity to elicit purpose. He later continues to discuss policies and how they are put in place to elicit meaningful work. However, I think Pink skipped over the most important part of motivating with purpose- scoping the why.

Scope Definitions of Why

Attaching a higher purpose for a job can be thought as a new and revolutionary concept. However, eliciting purpose in employees is as old as history. In any war or battle, leaders of armies had to persuade their troops to journey away from their families and fight for months and sometimes years with the possibility without ever returning. Sun Tzu in The Art of War, states ‘A leader leads by example, not by force’ implying that the leader must rally one’s army in preparation for battle instead of brute force. However, someone might argue that soldiers had to join the military by law, which is true, but after they joined the leader still needed to spark purpose and desire in order to help their army survive the months ahead. Making it extremely important for a leader leverage purpose in order to stimulate motivation.

So how does this relate to the workplace?

When defining the ‘why’ whether its joining the military or a company pursuing a cause, learning the scope of why is important to motivating an employee. In the University of Pennsylvania case study, I believe the strongest proponent for the improvement in the student’s was the level of the stories. When analyzing why, it can be thought of in different layers, interpersonal, intrapersonal, organizational, community, countries all the way leading up to the entire human race. (Why Levels). Depending on the why, you would see a range of response and motivation levels. If an employer says, this will improve your communication skills, it might not resonate that much. What if they said, it will help your community be more safe? That could work. And of course, what if it was to save the entire human race? How much motivation will they have then?

Heard of ‘doing something for the good of mankind?’ What about ‘in the family name’ or in the ‘blood of my country’? Each one is a different level of why that elicits purpose in someone’s life. Usually the higher the impact, the higher the purpose and the higher level of motivation. Note, that these are not lock step and can vary slightly from person to person. As we saw in Matrix where Neo saved the world first the Trinity.

The challenge that this brings to employers is being able to tie what they do to the highest level of scope in the Why Levels. The Pennsylvania study did this effectively showing the employees that their work had a direct positive effect on someone else’s life.

Not Only for Profit

Let’s take a popular example- Tom’s. The shoe brand that when purchasing a shoe, another pair is sent to a country in need. On their website, they describe their purpose as “a for-profit company with giving at its core.” Pink points out that the reason behind Tom’s charitable actions can be quite confusing. Is it a public relations move? Another way to attract Millennial customers? An altruistic cause? It’s difficult to say. However, their cause attracts international attention.

When looking at Tom’s charitable cause at the Why Levels, their why is on the very outer area- developing country. Instead of Tom’s saying this will make you look cool in front of your friends, family members, or if you buy one we will give you an extra to give a friend, the company went for much higher impact. Tom is a perfect example of rally behind a cause.

Later in the chapter, Pink discusses how corporations craft corporate ethics guidelines to elicit purpose. Many companies spend enormous amount of time trying to figure out ways to have employees spend more time on meaningful work. Why? According to Reuters Health, 44% of physicians suffer from burnout and often desire time to decompress. As a response, Mayo Clinic, know for their intense working environment, tried a trail policy that allowed physicians to spend one day a week on tasks that were meaningful to them. After the trial period, data was collected and the burnout rate was half of the group who did not have the policy.

What does this tell us? Work that feels meaningful is less stressful. As an employer if you are able to have your employees spend more time on meaningful tasks, you will find their morale increasing and burnout rates decreasing.

Purpose is a subject that is incredible deep and complex requiring much analysis. Not only on the individual level, but also on the organizational level where they leverage purpose to create autonomy. Hence, I won’t be able to dive too much into its complexities in this post. For the time being here are a few takeaways: