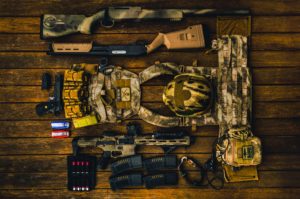 In a post earlier this month, I touched upon Extreme Ownership and its applicability to the workplace. If you are not familiar with Extreme Ownership, EO is a type of leadership style coined by Jocko Willink and Leif Basi, both former Navy SEALS, that involve taking ownership in everything relating to a team: weather, performance, resources, etc. If you are the leader of the team and something goes wrong, it’s your fault, you take responsibility, and you figure out how to do better in the future without finger pointing. The main difference between EO and typical leadership is how far EO goes in handling all variables in the environment instead of the most immediate ones- hence why it’s called ‘Extreme’.

This week I came across a book with a different view on leadership, Hard Facts – Dangerous Half-Truths and Total Nonsense, which debunks a lot of conventional and widely accepted business ideas such as strategy is king, people over process, and leaders being in control. The authors, Jeffrey Pfeffer and Robert I. Sutton, both Stanford professors argue that leadership have a lot less impact than we give it credit for in organizations.

On page 192, the authors state ‘Jeffrey Pfeffer [one of the authors] published a review of research on leadership back in 1977, he found that although leaders do have some impact, their actions rarely explain more than 10 percent of difference in performance between the best and worst organizations and teams.’ This premise by itself completely contracts one of Willink’s and Basin’s base arguments that leadership plays a much more important role. In fact, Navy SEALS even stated that ‘there are no bad teams, only bad leaders.’ Going so far to say that leadership can play a much bigger role in a team’s performance- maybe even as high as 90 percent.

Is leadership impact as high as the Navy SEAL imply or is this a dogmatic belief? Who’s right, the Stanford professors or the Navy SEALs?

When doing research, it is always great to find completely conflicting views. There is a common story about a professor who would give the students several books that would completely contradict one another. After lectures and home assignments, the students would approach the professor asking which resources is right. The professor would inconveniently tell them students they need to decide for themselves. By approaching academia in this way, the professors successfully showed his/her students how many right perspectives they are in regards to complex topics. The same thing is happening here, two strong sources, two completely different conclusions.

The 10 percent quote was referenced from Jeffrey Pfeffer’s paper, The Ambiguity of Leadership published in the The Academy of Management Review. In that paper, the author back in 1977, similar to the book above, debunks a lot of leadership dogma specifically touching on three points:

In addition to pointing out the three major holes in workplace leadership, he concludes that leaders ‘serve as symbols for phenological constructs’. In other words, if a team does well, that is often associated with the leader being strong, rather than the team doing well independent of the leadership. Making individuals who are leaders much more likely to receive public praise for a team’s accomplishments than their subordinates.

The power behind this conclusion can be shown in the following example: say there is one team that had two different leaders leading them at separate times. Both leaders are equal in leadership ability. For Leader 1, they don’t talk to their team at all and just watch. Somehow the team does well independent of Leader 1’s leadership. Leader 1 is then seen as a great leader due to what Pfeffer pointed out. However, for Leader 2, say they did the same but the team acted poorly. The second Leader even though they did exactly as Leader 1, is seen as a poor Leader even though Leader 1 and Leader 2 have equal levels of leadership. An erroneous conclusion surfaces due to what Pfeffer pointed out.

Pfeffer then argues that leadership has little effect on organizations for three reasons:

Reading through these points, I searched for where did he concluded that leadership ability can only influence 10 percent. After searching through the paper, I was not able to locate the 10 percent that was referenced in the book. However, there was a copious amount of examples of leadership case studies and research that found overwhelming in corporations, leadership did not play as large as a role as people originally thought because of the three points above. Pfeffer, even concluded that “Successful leaders as perceived by members of the social system, are those who can separate themselves from the organizational system failures and associate themselves with organizational success.” Making an argument that leaders look like they have great influence by what we associate with them.

So back to the original question so who’s right? The Stanford professors or the Navy SEALs?

Instead of arguing that leadership plays an arbitrary 10 vs 12 percent improvement, it would be easier to say does leadership play a large, maybe 80 percent or small, maybe 10 percent, roles with teams. In addition, trying to discern smaller percentages is extremely difficult given the ambiguity of what really constitutes leadership. In addition, each environment will need to use their own leadership model, but given the differences between workplace and military, that by itself will lead to different results.

So Who Is Right?

So does leadership play a small or large role in a team’s performance? I believe that both of the author’s are right given their context. For Pfeffer’s deduction, leadership roles in organizations do have limited latitude on what they can do to influence team and organizational performance. Juxtaposing this view, EO, leaders in the military have a lot of lead way of what they can do as leaders compared to their corporate counterparts. Making them consequently have the potential more much greater influence on their teams.

The authors in EO explained one time how they had two teams, one that always won boat races and the other who always lost. They experimented by switching the leaders and somehow the team that always lost, somehow beat out the top team. In these anecdotal examples, leadership seems to attribute a much larger influence in team performance.

We know good leadership works, we just don’t know how much.

In critique, EO should be seen more as a philosophy than a tool to get ‘x’ percent performance out of a workforce. This particular philosophy, due to the difference in circumstances, EO has less impact in organizations due to the lesser latitude that employee positions can exercise. The authors should caution that while EO is highly effective there will be different outcomes in the workplace. While given its limitations, I believe EO is a great tool to help leaders in the workplace taking more responsibility and avoid finger pointing.

With Pfeffer and Sutton, their backgrounds are both heavily in the academia realm which could make the baised to understate leadership importance. However, one thing that all people should be conscious of is that if a teams are not performing, instead of pointing fingers at leadership, one should probably analyze how the systems and processes holding up.

In conclusion, Extreme Ownership is a very useful tool in both the workplace and military. By all means it is not B.S. At the same time, we should not neglected that Pfeffer and Sutton effectively point out that we tend to overestimate the effects of leadership due to it being a phenological construct than a quantitative causality effect.