Fake It Until You Make It – Millennial Leadership 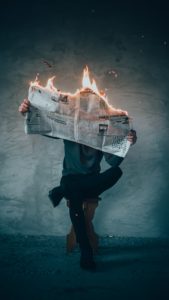 To many people’s surprise, the historian David McCullough in his book 1776, described how when George Washington never led an army into battle when he took control of the Continental Army in 1775. Not only that, but the first president made terrible decisions that led to thousands of soldiers being slain during 1776. However, over time, Washington learned from his mistakes and became an effective military leader through the end of the American Revolutionary War in 1781.

Who would have known that the person on the one-dollar bill could have made so many mistakes? Shouldn’t have the Continental Army done a little more homework before picking Washington? Was it worth the cost of thousands of soldiers for one person to become fluent in the language of war?

Leadership is one of those strange subjects that it’s not fully understood unless you are in a leadership position. I am well aware that MBA leadership programs that cost tens of thousands of dollars are shaking their heads right now. Unfortunately, leadership falls into the bucket of ‘you have to do it in order to understand’. The same bucket has things like driving a car or even having a first kiss. Yet, people tend to try and bypass this process thinking they can learn by reading a few books and declare that they are a great leader, a professional driver or a romantic lover.

The challenge arises that new leaders still need to motivate people. So how do they start? This calls on the infamous ‘fake it until you make it’ motto.

In Hard Facts, Dangerous Half-Truths & Total Nonsense, the Stanford professors Pfeffer and Sutton, point out in their book this predicament and offer a solution called the ‘Leadership Control Cycle’. 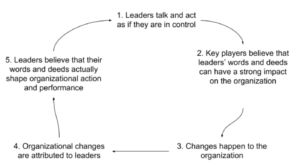 This cycle is an exact version of faking it in a leadership position and the positive effects it has on the organizational. Breaking this down, the leader with little experience first talks and act as if they are in control- the ill-famed faking part. This by itself spreads beliefs to the immediate key players. Without the leader promoting confidence, it would be impossible for stage 2 to take place. Once the key players have belief, a Be-Do-Have phenomenon takes place that helps change the organization, stage 3. Once the changes take place, people short circuit the attribution of the success and naturally give it to the leaders, stage 4. Once the leaders gets recognition and praise, their confidence consequently rises. A few more successful rounds of the Leadership Control Cycle and the leader is feeling fairly capable. 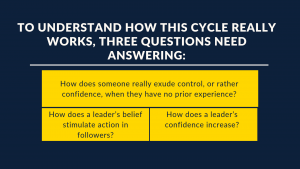 In answering these three questions, each one requires much analysis and expansion. To avoid making this post a hundred-page explanation, I will have a few suggested readings that will cover each answer in more detail. Think of the suggested readings as the Costco sample counter, where if you don’t like the sample, you can put the half eaten cheese back on the counter for someone else to try.

How does someone really exude control, or rather confidence, when they have no prior experience?

Going back to Pfeffer and Sutton’s book, in addition to introducing the concept of the Leader Control Cycle, they included a few tips to help with the question above. Here are three of them: 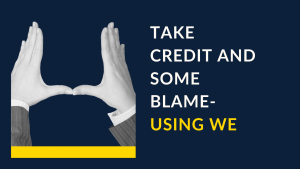 Take Credit and Some Blame- Using We

In order to exercise confidence and show control over events, a leader needs to take responsibility for the events happening in the organization by leveraging ‘we’ language. Pfeffer and Sutton state “Study after study shows that companies headed by CEOs who credit favorable financial performance to what they and their people did will perform better down the road than companies that are equally successful by the same financial measures but do not make such claims.” Using the word “we” gives the impression that the leader is in control by focusing on how the groups’ skills, efforts, and smarts made positive things happen. If the leader fails to leverage we, events appear outside of the groups’ control can hinder a leader’s ability to motivate their following. 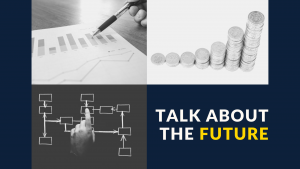 Talk About the Future

The past is over and cannot be changed which leaves the future left for the leader to use. If the leader discusses the future in an optimistic way, it can be used as an inspiration tool. This means regardless of how poor a company performs, leaders there can also leverage the future because tomorrow always has yet to be written. The Stanford professors concluded in their same book, “such forward-looking language not only fuels a sense of control, but it can also create direction and energy that leaders can use to shape subsequent events.” Leaders who don’t miss an invaluable opportunity to spark hope in their teams about tomorrow. 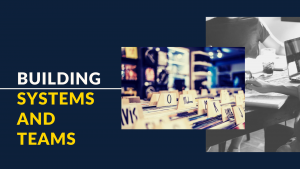 As teams start very young and small, the leadership potential is enormous. However, organizational theory research points out, that leadership roles decrease as more systems and processes are put into place. Therefore, leaders should find out what works, design a system that can repeat it, then get out of the way. Why? According to the Self-Determination Theory, a pillar to creating workplace happiness is autonomy. If systems and processes are in place so an employee can feel like adults at work then they according to the psychologists who coined the theory, employees will feel happier. As more systems and processes remove the need for leadership, the leader will continue to be associated with the successful team performance and continue a strong track record. 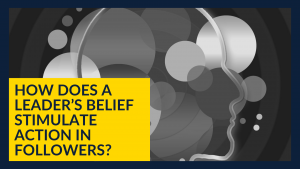 How does a leader’s belief stimulate action in followers?

Have you ever been in a conversation with someone who just shared a negative life-changing event with you and without conscious effort, you start to empathize with them? When two people are talking, the brain has a miraculous ability to simulate what the other person is feeling. But how does the brain do this automatically? This puzzles neuroscientists to this day, one of the theories is that empathy can be channeled through a unique group of cells called mirror neurons. These neurons fire when watching someone acting and the neurons mirror the response, channeling the same response in the observer.

Whether or not these neurons are able to deploy empathy, feeling someone’s emotions as it were your own is a common experience. Hence, when a leader believes strongly in something and others observe the leader’s motivation, people empathetically start to simulate similar emotions. In sales-speak, this is often called ‘belief transfer’.

But how does this prompt action? In personal development circles, Be-Do-Have models are a concept that explains human action. In order for someone to have a result in their life (Have) such as have a sandwich, a few things need to happen first. They must (Do) some actions such as buy bread, jam, and peanut butter. Before they can do those actions, they must (Be) believe that they can drive to the store and the store will have the appropriate food. Leaders in this regard, through belief transference, are able to stimulate the Be part of Be-Do-Have. This transference starts the chain reaction in the Be-Do-Have model to help people overcome the psychological barrier of taking action. 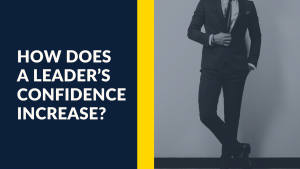 How does a leader’s confidence increase?

In order to answer this question, defining confidence is the first appropriate step. Psychology Today describes confidence as ‘a belief in one’s self and one’s ability to succeed.’ But how does the brain know that one is successful? This requires recalling all experiences associated with the skill and then emotionally evaluated the overall performance. What seems to take a millisecond usually involves the mind walking down the alleys of the mind looking through hundreds of experiences and abruptly concluding your performance in them by a particular feeling.

Leaders require specific positive experiences to increase their confidence. The more they have, the more inventory there will be to recall when evaluating skill level. Hence, having the last step of the Leadership Control Cycle is imperative to building a leader’s sense of confidence.

By unpacking the power behind ‘fake it until you make it’ my end goal is to help you understand the predicament behind leadership. You must do it in order to get better. That means invariably that whether you are fresh out of college or have your face on the one-dollar bill, everyone starts somewhere. Fortunately, through Jeffrey Pfeffer’s and Daniel Stutton’s literature you can confidently begin or continue to ’fake’ your journey as a leader.