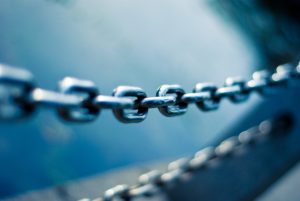 When reading the book, Hard Facts, Dangerous Half-Truths and Total Nonsense, I came across a chapter that initially found appalling. The chapter was titled, Are Great Leaders In Control of their Companies? In that chapter, the authors showed that the influence of a great leader is a lot smaller than the get credit for. In other words, leaders get attributed a lot more influence and attention than they deserve. As Mike Ditka, football head coach of the infamous 1985 Chicago Bears put it best “Coaches [leaders] get too much credit and too much blame.” If leaders don’t have as much influence as we say they have, what does that mean about the leaders of industry? Steve Jobs, Elon Musk, Jeff Bezos? Are they hoaxes? Are these people we put on a narcissistic pedestal? Or worse, are the authors pushing some kind of socialist ideology to undermine capitalism?

On first glance, I was appalled, but on second glance, I realized that the Stanford Professors Jeffrey Pfeffer and Robert Stutton brought forward some compelling arguments worth analyzing in greater detail. In this brief post, I will outline a few of the arguments that the authors made in their book that could change your perspective on leadership.

The authors first pointed out an interesting train set experiment that was done roughly 40 years ago. In the experiment, there was a model train set, a controller who operated the train set and an observer. As the train moved around the track, the controller would press certain buttons to influence the speed of the train while the observer watched. Unknown to both participants, the researchers would randomly change the speed and direction of the train as the controller tried to operate it. The controller quickly realized that they did not have control of train, however, the observer was completely unaware and saw something intriguing. The observer believed the train’s movement was due to the controller’s ability and effort instead of the researchers unknown mischief.

The researchers were attempting to answer do people associate a result to a leader or the thing that is performing the action. The answer to this question becomes complicated when the train set is faulty. With a broken train set, the controller would still be blamed for set’s lack of performance. The Stanford professors attributed this psychological association tendency to how people view leaders in companies. Regardless how the company [train set] performs, the leader [controller] is usually associated with its performance even though there could be other factors at play like market shifts [mischief group of researchers].

What about a more practical example, say the government. The knee jerk reaction when something goes astray in politics or the government is blaming the president instead of looking deeper. Maybe it was a particular department or someone in the president’s cabinet who made a mistake. Just this week, an article in the Denver Post opened with “Presidents get too much credit when the economy is good, too much blame when the economy is bad.” Sound familiar?

When looking deeper into the day to day operations of corporate leadership, leaders often experience constraint reducing leadership variance due to behavioral, structural, and macro level variables. Each one of these variables can inhibit a leader level of influence.

Thanks to Human Resources and the position that the leader is in, leaders find themselves locked into a specific set of actions that they can do. Imagine contrasting a military sergeant with a corporate manager and listing all of the actions one can do versus another. The corporate manager will have a much more limited list than the sergeant.

Picture two sales teams with equal ability with two different leaders- one with poor ability with a tendency to be passive, the other with great ability and a tendency to be inspirational. Overtime time, the poor leader’s team stays the same while the other’s team soars. Eventually the poor leader got fired. Why? Turns out that the leaders passive behavior lead to them being out of the office often. Leaders in companies have a fixed range of actions that they can perform and if they go too outside of that boundary, HR will come knocking with a Termination of Employment Agreement. What if the leader instead of being passive would scream at their employees everyday? Again, fired because HR will come knocking. By reducing the amount of possible actions and behaviors that a leader can exercise, the performance of the team converges and reduces the variance in leadership.

Along with the similarities in leadership, Jeffrey Pfeffer published a review on leadership early in his career finding that “although leaders do have some impact, their actions rarely explain more than 10 percent of the differences in performance between the best and worst organizations and teams.”

Within the confines of a corporate company, each level that someone climbs in the hierarchy there are less people on each level. Interesting enough, each level that is climbed, management theorist James March pointed out ‘drives out differences.’ That means that each level, there is less variance in the employee’s abilities. Ultimately, you will reach the highest position in the company where Pfeffer and Stutton noted that “particularly in large organizations, people are heavily screened for credentials, competencies and backgrounds similar to those of other CEOs” (Pfeffer & Stutton 193). With the converging attribute leadership variance between employees with also converge. That means you are less likely to see to teams side by side each with equally capable people but widely different results.

Consider the current economic situation, or maybe that the leader is in a booming market like technology. In either of these cases, the leader is associated with these market and economic changes independent of their leadership ability. Just like the train that was being manipulated by the researches, leaders often surf uncontrollable waves of the macro level effects that dramatically influence the company’s direction. Even though the leader had no to little part in that change.

In the future, when you see a company performing well, try to be conscious of the knee jerk reaction that normally takes place. Associating the performance with the leader. There are many people working together to make the company performance a reality and it would be a shame if they never got credit for their hard work.