Joy at Work an Argument for Self Determination Theory 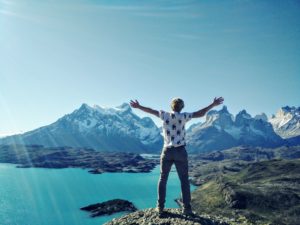 Upon reading Joy at Work – A Revolutionary Approach to Fun on the Job, Dennis W. Bakke, co-founder and CEO of AES Corporation, outlined what he did in order to make his workplace more exciting, reward, stimulating and enjoyable. As a New York Times Bestseller, the book is written in an autobiographical format versus the classic NYT Business best seller which is usually a series of surprising case studies. In this format, Bakke drives home points through personal stories of what he attempted to do, how he did it, and the outcome it had on the company he led. I was really impressed with the vulnerability that Bakke had when writing this book. He recalls numerous mistakes illustrating a diatomonous, imperfect, yet realistic executive striving to lead a company through waves of uncertainty. While focusing more on personal stories than research, he might have realized his approach to Joy at Work argued for a revolutionary workplace style that is becoming popular in Silicon Valley.

When laying his how-to approach to building a joyful workplace, I believe his closely outlined the classic Self Determination Theory (SDT) coined by Richard Ryan and Edward Deci. The base argument in this theory stems around people are naturally happier through intrinsic motivation versus extrinsic and the workplace should strive to encourage intrinsic motivation. This workplace approach was first leveraged by companies like 3M where the CEO that famously stated ‘hire people and get out of the way’. In further analysis, SDT works in a tripod format, autonomy, mastery and purpose, if all three legs are met in the workplace, employee engagement and happiness will increase.

While the Joy at Work does that openly reference SDT, it argues for leveraging all three pillars. In the third chapter, From Misery to Joy, Bakke opens in the first paragraph claiming ‘the key to joy at work is the personal freedom to take actions and make decision using skills and talents.’ In that very line, he spells out the importance of autonomy in a joyful workplace. Later on the book, Bakke puts forward values and purpose alignment techniques that he often exercised with employees in order for them to feel more connected at ASM. Again Bakke is displaying SDT but this time in the form of the ‘purpose’ pillar. But what about the third pillar, mastery, why does that come into play?

Joyful is a Stretch

Bakke recalls that the scenario that originally led him to strive for Joy at Work was at his son’s football game. During the struggle of the game, his son, the quarterback, led his team to victory even though it was an extremely stressful situation. Bakke found himself stressing more about the intensity of the game than his son. He pointed out that since his son was in control of the game outcome and he was not, his son could find joy in the activity.

I disagree with Bakke’s claim ‘I don’t believe that stress determines whether a workplace is fun.’ While using his son’s example as an argument for stress is independent of joy, I believe Bakke missed a critical point in the difference between a ‘game’ and ‘a job’ because of worse outcomes.

When juxtaposing a game such as football with the workplace, worst case scenario differs greatly, football you lose the game and your life carries on, with the workplace, you lose your job and yourself or family is put at financial risk. With higher level of sports, stakes are higher and can easily become too stressful. However, I believe what Bakke is really pursuing in his argument is something called ‘Flow Psychology’ popularized by Mihaly Csikszentmihalyi that involves people reaching optimal levels of satisfaction by the challenge of a task and one’s ability. Interestingly enough, this touches upon a pillar of SDT called Mastery. In cases where flow cannot be accomplished, I don’t think it possible to deduce that work is a joyful activity.

In a few roundabout matter, Bakke spells out SDT without referencing its terminology in his book. Interestingly enough, more creative positions such as engineering often leverage SDT but rarely used for positions in power plants. Is SDT something that employers should take more seriously? Many would say yes, others as human nature predict are hesitant to relinquish control. Whatever it may be, there appears to be many options on making the workplace more enjoyable than the original period of factory model schools. We all seek the same place but the path is unique for everyone.