When is college too expensive to go? 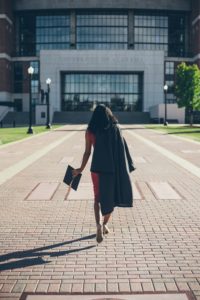 With college increasing 268% in the past 40 years and continues to climb, at some point college will be too expensive.

Like many other Millennials, I decided to bite the bullet and go. After 5 years, I accumulated over $35,000 of debt and was ready to start my career as a software engineer. Fortunately, software engineering was booming then and I got a job in San Francisco where I was able to pay off my debt in a few years.

However, what if I picked a different career that didn’t pay as well? Would it have been worth going to college? And better yet, if I didn’t go to college would I have known that I enjoyed software engineering?

These questions plague a lot of people who are debating whether themselves or their kids should go to college. Do you blindly send your kids to college hoping that their future will be better and not knowing you are permanent burdening them with debt?

Due to this constant questioning, I decided to throw my hat in the ring and shine on where I think people should draw the line. The answer that I came to I coined as the ‘10-Year Rule’. 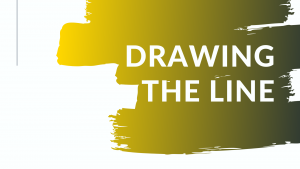 What people need to realize is that college is a business and the better that colleges can sell people that they need to go, the more profitable colleges become. This is not your parents simply wanting you to get educated. People pull out thousands of dollars for a product in return from college- increased future earnings. For this article, I would like to view the argument of whether or not to go to college in purely financial terms. Mainly due to simplicity’s sake. It would be very hard to argue where to draw the line factoring in fulfillment, relationships or randomly finding your dream career.

According to Pew Research, the difference in median income between 25-32-year-olds who do and don’t go to college is $17,500 and the average yearly tuition rate is $23,835/year. 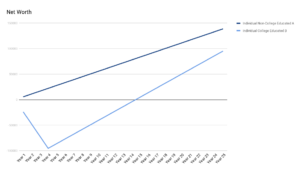 Essentially it will take a few decades to catch up to someone who has not gone to college because the college student has piled on debt and haven’t saved money during that time in college. Opportunity cost. In this simple example, it shows how going to college and piling on debt can effectively crush someone’s financial hopes.

By the way, this graph is not taking into account:

Meaning that this could look a lot worse for the college educated student. With compound interest, the non-college student could invest and grow their net worth faster overtime. With Unsubsidized Loans, the debt would have increased in size while the college student was in school making their debt much larger when they graduate.

So when do you draw the line and say this is a great career choice to go to college and when it is not? That leads us to the 10-Year Rule 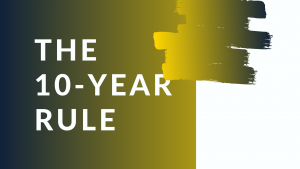 This rule is about maximizing your net worth by the time you are 28. Why 10 years and 28 years old you may ask? Because 18 is when people usually decide to go to college and 28 is when most people start to get married and settle down. Going into one’s late 20s you want to make sure that your finances are in a good place.

So what are the steps to implementing this rule?

If no, say you want to become a lawyer then you are stuck going to college. There are some industries where being college-educated is a must: doctors, lawyers, accountants. Unfortunately, these jobs are untouchable and people who want to join them don’t have much of an alternative route. Essentially pile on debt and hope you will be alive long enough to pay them off.

However, I would take this a step further and still look at how much it will cost and try to minimize that as much as possible.

If yes, go to the third step.

If you don’t know how much people are earning in a particular field, you can always pull up the Bureau of Labor Statistics, or if you like crowdsourced opinions, go to Glassdoor. From finding the salaries, you can do some back of the napkin math and see if it’s worth it. See example below:

This math that you probably learned in elementary school can help determine whether or not you should pile on debt or Free Bird. 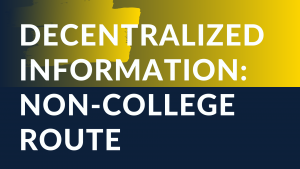 Another wildcard is how information is decentralized today. The information does not sit on the shelves of the universities, it floats in the digital world and most of it is free. In fact, to ramp up for my consulting company, I looked online for MBA programs, read and watched the literature and lectures to ensure that I was up to date on what was being taught. And how much did that cost? Zero.

Unfortunately, with information becoming so wildly available, the question why should I even go to college comes into play a lot more often. During a talk at North Carolina University, students told me “if I don’t like a professor, I would just go home and watch a professor on the same subject from a different university online. It feels like I am paying for nothing at times.” By having decentralized information, colleges now struggle with no longer being the gatekeepers to information that used to be held behind closed doors.

Even after writing this article, I would still ask my kids to go to college. A lot of it is ego o my end, but I also want them to have the experience, friendships, and networking opportunities. Unfortunately, many of these reasons will start to crumble in front of Uncle Sam because the price is simply increasing too fast. At some point everyone is going to need to ask, will it be worth it from a financial perspective. For now, the back of napkin math might be our only hope for financial freedom.