It’s Not Millennials That Don’t Like Blue Collar Jobs, It’s The Economy 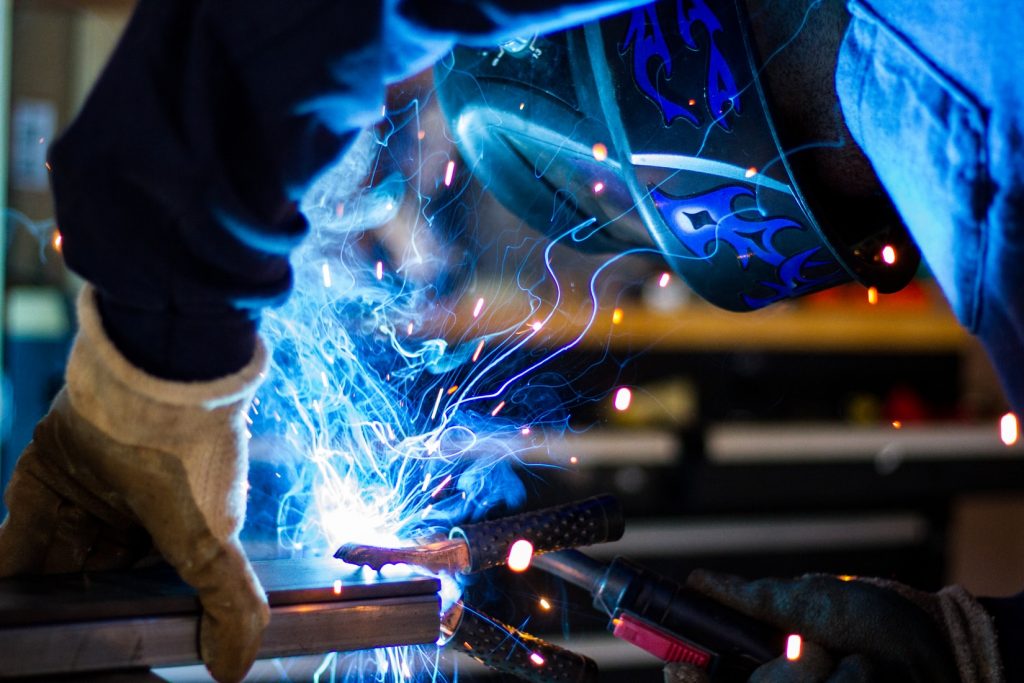 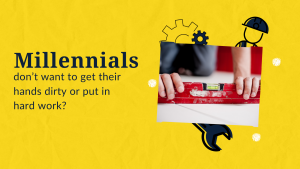 All around the country, different industries, especially blue-collar and some grey are facing a crisis, there are not enough people filling jobs. Initially, a lot of companies put the blame on Millennials saying that they don’t want to get their hands dirty or put in hard work. In Inc, Ryan Jenkins states “Entitlement is perhaps the top word associated with the Millennial generation. In fact, 71 percent of American adults think of Millennials as ‘selfish,’ and 65 percent think Millennials are ‘entitled’.”

From entitlement, laziness, and workplace preferences, it is thought that Millennials are driving change in the country. However, as a Millennial, I found this not to be true. In fact, this rapid decrease in particular industries was predicted well before the Millennial generation by the world-renown generation expert Peter Drucker.

In his book The Essential Drucker, he geniusly predicts that our society will make a complete shift to the knowledge worker from the blue-collar worker. 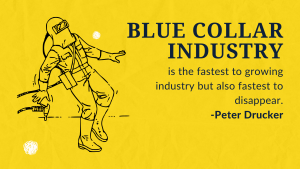 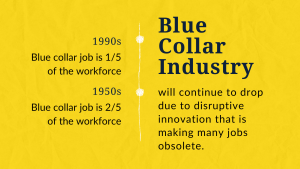 Unfortunately, that number will continue to drop for blue-collar due to disruptive innovation that is making many jobs obsolete.

Earlier in the 1900s workforce history, the individual was a commodity that would simply be a cog in a machine. Drucker defined knowledge workers as people who could work with their hands but also had industry knowledge that improves their performance. With this subtle shift, the worker now became the commodity instead of a cog because based on their industry or job knowledge that by itself can increase their worth to the market.

Essentially the common worker took control of their value by making themselves the sole product. The perception that Millennials don’t like hard work has little to do with individual generation traits. It is more of a shift that is happening in the economy that jobs needing to be filled that are the highest paying and causing the most changes are knowledge workers positions. This leaves the workforce in interesting predicament industries that are not going through rapid change, let’s say underground utility, will still need employees but will receive a lot of the leftovers from other industries. 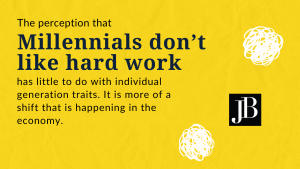 While this is difficult for many companies and industries, change is inevitable today and most companies need to adapt. For the blue-collar and industries struggling to maintain high levels of talent, the job function might be the same, but advertising and selling candidates on the job themselves need to be up to date with industry trends. If slow industries fail to do this, they will end up with a much large problem on their hands.