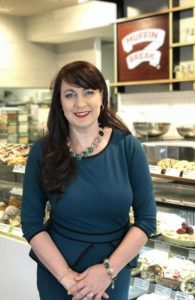 This past week, an interview with a general manager at a Muffin franchisee in Australia has gone viral.

It does a perfect job of pitting different generations against one creating the perfect storm and media frenze. To kick off the interview, the writer opens with “Entitled Millennials have been given an ‘inflated’ sense of self-importance due to social media and are no longer willing to do unpaid work to advance their careers.”

Not a bad place to start.

This is a classic generation polarizing story aimed to pit groups against one another. Millennials are painted in their stereotypical light: entitled, narcissistic and glued to social media while Baby Boomers are also pulled in to complain about their personal experiences with Millennials.

However, the story has an interesting twist making this story hit headlines across the web such as the Guardian, Daily Mail, and ABC News.

This bitch is complaining that “ten years ago” people lined up to work for her for free but now they want to be PAID, the peasants!

Yeah, ten years ago was the global financial crash when everyone was desperate for any kind of work. SO AWFUL IT’S NOT LIKE THAT ANYMORE AMIRITE

Later in the article, the GM complains that Millennials who are applying for positions are underqualified and won’t work for free. In the past she is quoted to have hired people for free and have them work for several months. This quote made a perfect storm for the social media world to criticize the store owner for being entitled to free Millenial labor. The interweb has been called to reestablish justice.

Dear #MuffinBreak. I’m not sure your food and coffee will provide the sustenance I need. I am, however, willing to give you the opportunity to provide me with free food for 6 months. If satisfied, I will happily give you a written recommendation you can use to persuade others. 👍🏻

On first glance this made a lot of sense why people were so frustrated. However, looking at the Fair Work Australia documentation, it appears that the store owner is operating in fair practice by not paying the interns.

The general manager feeling entitled is where the social media world gets its feathers ruffled. It’s easy to point fingers and can call someone else entitled, but what if there is truth that the general manager is right about? And at the same time, what if the angry mob on Twitter is right? Could both be right?

While the GM believes that the reason for the lower application rate is due to social media entitlement mentality, I partially agree. While I believe that social media is part of the problem, it is contributing along with group of other factors.

One of the biggest contributing factors to less Millennials applying for free labor is that good economy times, make it more difficult for companies to recruit. It is a simple factor of supply and demand. If there are lots of paid job openings, less people will apply to non-paying jobs while if there are very few paid job openings, more people will apply to non-paying jobs.

Most of Millennials are working, just not for free because of economic fruits.

Another reason why the store owner is probably seeing a drop in qualified candidates is due to the technology improvements in the job applying process. All around the web, new websites are springing up making it easier for Millennials to find work such as Craigslist, LinkedIn, Glassdoor and Monster. The list goes on, but as each new resource is added, it places the power in the candidate making them increasingly aware of the financial opportunities that are surrounding them. With this amount of abundant resources, if Millennials want to find paid work, they can do a quick search instead of scanning the classified ads for labor.

Why would you work for free when you can get the same experience paid? This change has helped the candidate, but bit the general manager.

Is social media really to blame?

So is social media really to blame for Millennials sense of entitlement and not wanting to work for free? Well, if entitlement means a collection of expectations that you have right to, then I would say yes.

My reason is that there are many studies attributing social media to depression and part of the playing factor is something that psychologists coined “upward social comparisons.” This is where someone is comparing their lives to others and attempting to define what their life should be, and what should their expectations be at different points of their lives. Social media users can run up comparison cycle in hundreds of times a day. Depression can develop from the dissonance between their reality and what their expectation of reality should be.

Now, where do these comparisons alter expectations- curation. Hence, through consistent comparisons, social media users will see the highlight of someone else’s live thinking this is what life should be. Inevitably creating a false paradigm because by definition, social media is a filtered lense of someone else’s life. With this consistency, people started to form a sense of life expectations through a peer curator environment. 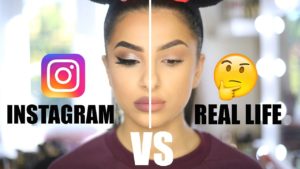 Here’s where they went too far…

In many social media wars, I think the attackers went a bit too far here. The notion that they are pushing for is:

The GM is calling Millennials entitled, and yet, the GM is expecting free labor. This is hypocritical, it’s wrong and should be corrected.

While I do think it’s good to point out what you disagree on, I believe some of the attacks were unnecessary for the following reasons:

First off, according to the labor laws in Australia, unpaid intern labor is legal, and candidates have the ability to decide whether or not they are going to enter an employment relationship. Hence, if no one is applying for free, whose fault is that? Its the general manager’s and the franchisee. The franchisee whether or not they are criticized on social media are being affected by losing out on the talent pool. If the franchisee fails to adapt, they will consequently lose locations and risk going out of business.

Second, unpaid work can increase retention. In Robert Cialdini’s book, Influence, he points out the bizarre and yet startling truth that the more someone needs to go through in order to be indoctrinated to a particular group, job, fraternity etc, the more loyal they are to the group. Hence, the same thing can play out for internships, since the intern has invested months working for the company, psychologically they are less inclined to leave according to Cialdini’s findings.

Unpaid internship work has been a very controversial issue in the past because of its close association to slavery. However, people have the ability to decide if they are going to join the employer agreement. As a Millennial, I would gladly enter a non-paid internship if I saw enough payout in being there. However, I think more Millennials are doing their homework realizing that working in a Muffin store for several years might not be their ideal dream so they are deciding to look elsewhere.

At the end of the day, we all have bills to pay.