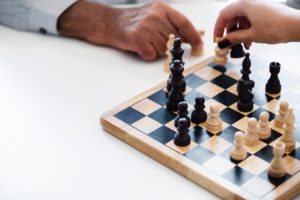 “Whoever decided that was probably drunk.”

There are many decision that in retrospect seem completely ridiculous considering their original intention. Maybe it was the decision to open up a new department which subsequently closed weekly after announce? Or maybe it was to buy a ring for that special someone when they have been only going out for a few months? What about the infamous delivery company Webvan that raised almost half a billion dollars with an entire managerial staff that had no experience which went bankrupt a few years after founding? In the present, these decisions made sense but usually that’s due to lack of proper analysis or data.

Learning the art of decision making seems pretty intuitive, however, that is where people fall miserably flat on their faces. Because the art of decision making seems so intuitive and easy, people often fall pretty to simple mistakes and shortcoming of their minds such as overconfidence, false representation and stereotypes. It’s the ignorance of these errors which causes so many of the ‘they were probably drunk’ kinds of decisions that people laugh about years later.

Below are the six steps to effective decision making. Many people do these without thought, however, with larger decisions, walking through computation is a great way to ensure that you are making the best decision possible. Sometimes intuition is not good enough.

In these steps, we will go through a classic example of buying a car.

Step #1: Define the problem without considering the solution

Considering this is the step by step process on buying a car, what is the problem in this situation?

If you are the person who said lack of a car, you would be wrong. The problem is not you don’t have a car, having a car is to solve a specific problem, that being getting from point a from point b. The problem involves what is the car trying to solve. For instance, what happens in this possible scenarios:

Would it be worth buying a car when the your workplace is half a mile away? Probably not.

What if it’s raining everyday, would it be worth it? No, then you would need to buy an umbrella.

What if it was snowing and every day you had to show up spotless? Maybe, but a carpool would be more appropriate.

What if the office is located an hour away? Probably, but public transportation and carpooling are worth considering.

Many times when scoping the solution to a problem, the problem is not defined accurately enough consequently potentially losing out on a better solution. If someone simple decided to avoid asking the bigger question of buying a car, they could lose out on valuable decision making information. In management, adjusting the scope changes is called changing the ‘bounds of rationality’. By not starting with the root problem, the decision maker eliminates many possibilities current unknown to them, essentially their rationality closes in.

A way of visually understanding this is in the graph below: 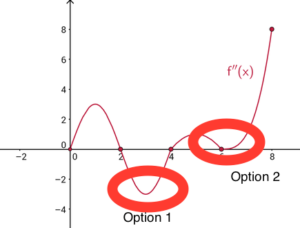 Say the person thinking about the problem never considered why the were purchasing a car, this would have ‘bounded their rationality’ between x 2 to 4 giving them just Option 1. However, if they started with the why behind purchasing a car, they could open themselves up to x 2 through 8 which would make them aware of Option 2.

Simply asking the biggest question of what you are trying to solve opens up the bounds of rationality allowing better options to surface.

Have you ever made a decision because of a deal breaker? Maybe that was when you were on a date and you found out the other person just got out of jail? Or maybe it was when you were buying a house and you found out that previous owners died in the house? As morbid as those examples may be, there are certain aspect of decisions that will influence us one way or another.

Imagine buying a car and completely forgetting to check if it has a working air conditioner. Because you bought the car in the winter, you never thought about testing the AC, but when you get to summer, you will finally understood why the owner sold you the car for such a cheap price, and also discovered why people detest car repairs so adamantly.

If the decision maker identified all important influencing factors they could easily have avoided this blunder. Sometimes, all it takes is writing down a checklist of factors.

How much should you compromise if the car has a scratch on the hood versus missing the AC unit? Depending on your situation, with option could be appropriate. If you are buying a car to put on a show room floor, having a missing AC unit is not a big deal but cosmetic damage is a deal breaker. On the other hand, if you live in the middle of the desert, you probably don’t care about a bit of cosmetic damage if that means missing out on a AC.

Thanks to popular websites like Kelley Blue Book and Craigslist, assessing car supply and value is super easy. In this step you will be getting a lay of the land by seeing what is out there. However, for more corporate decisions such as whether or not to acquire a company, options such as leaving the deal, partial ownership, non competes, etc take a lot more thought than doing a simple query on some online platform.

Again, this is where many decision makers tend to cut corners. Ever held a brainstorming sessions and heard ‘wow that is a dumb idea’ or ‘that could never happen’? In decision making people tend to shut down options far too early in the decision making process consequently eliminating potential good ideas.

Follow common brainstorm protocol, get all the ideas on the board without shooting any down ahead of time.

Okay, here is the mathematically complex part. Basically take all of your alternatives and plug in your weighted influencing factors and see which one rates the highest. Usually people do this in the blink of an eye which is a horrible mistake to make. The human brain is not a perfect computer failing susceptible to varies based tricks that influence overall decision making.

In mathematical notation, essentially this is finding the sum of all the weighted factors (w’), with each influencing factor (x).

Okay, this one is the toughest one, you ready? Pick the highest rated alternative.

Yep, it’s that simple, whatever alternative rates the highest, that is your best choice. Amazing how the brain does all of these steps in a fraction of a second. However, just like a sports car, having such speed in decision making comes at a price. With our minds its data distortion. When making important decisions, it’s always important to not jump steps in the process form overconfidence because that could easily lead to a data blunder, or even worse, a permanent regret.