6 Common Mistakes You Need To Avoid When Making Decisions 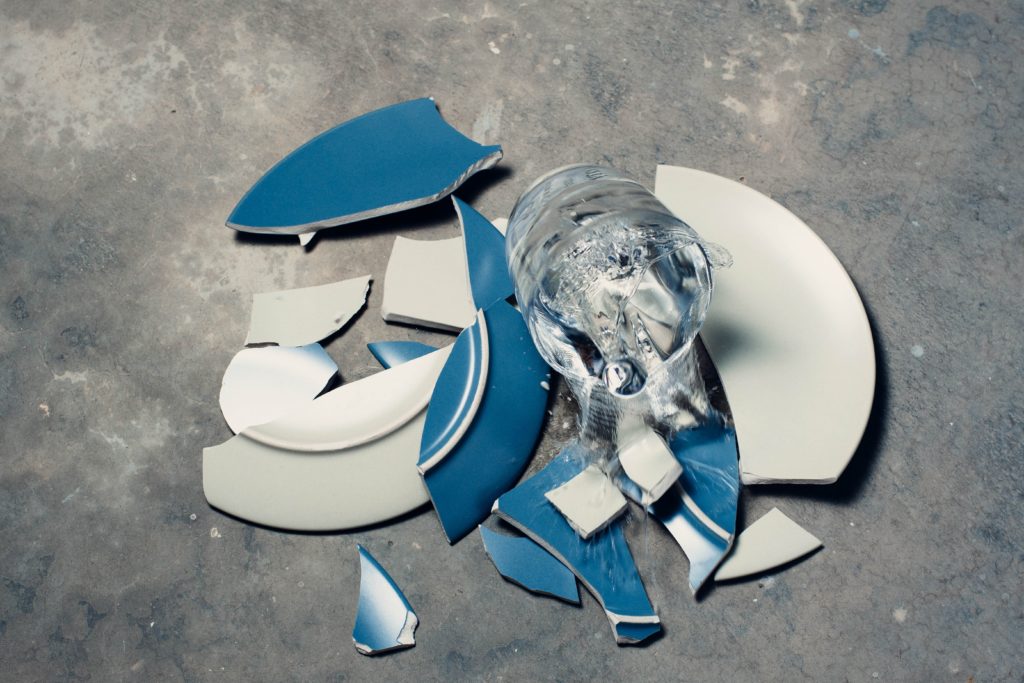 Unfortunately, trusting your gut in managerial decision making can often lead to unreliable solutions to simple problems. Many people would argue that you need to fail fast in order to learn from your mistakes.

But can people learn from all of their mistakes? Well, no.

It turns out that there are many structures of decisions that the human brain can not make rational decisions. When talking about managerial decision making, our ability to handle these structures are referred to as bias or blind spots. As decision-makers come across these blinds spots, they will need to take a proverbial timeout and do some back of the napkin math to derive the right answers.

So what are these blind spots?

There are quite a few, but these are six common ones: 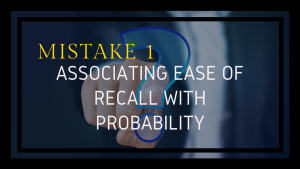 During a board meeting, you are confronted with a difficult decision. You will need to ship some extremely valuable goods through a city to reach an important destination. The only two available cities you have to choose from are Oakland, California and St. Louis, Missouri. Your goal is to ship valuable goods through a city with the least amount of crime. Which one do you choose?

If you are from the west coast or have watched Blank Panther recently, you would most likely have chosen St. Louis.

Unfortunately, according to USA Today, St. Louis is considered the most dangerous city in the United States, boasting a violent crime rate per person almost double of Oakland. With this massive difference, why do people often think Oakland has lower crime than St. Louis?

Vividness, which makes the item easier to recall. When someone attempts to calculate each option, they search their memory bank of stories regarding each city. The city that has the most vividness and highest number of stories in the person’s memory bank, that is what they chose. If something is easy to recall, you might want to fact check those results. 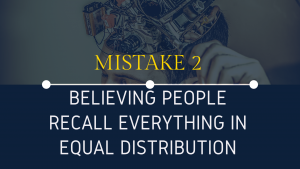 The first gas station you opened up with your spouse’s savings has been a wild success. As a smart business owner, you decide to take the profit and instead of spending it all in Vegas during a weekend getaway, you open up a new gas station. Knowing that it’s all about location, location, location, you find out you have two options: open up the station in the town near another gas station, or on the other side of town where there isn’t a competitor. Which one do you choose?

Most people would say open up the station on the other side of town. However, that is often wrong. Have you ever noticed that high-end retailers and gas stations seem to all be grouped together? From a marketing perspective, that seems completely ludicrous because you are moving in right next to your competition. However, this is done for good reason which leads us to the second bias- people have trouble remembering things in certain organizational models. When items are clumped together they are easier to remember.

A great example of this is how people answer: how many words are there in War and Peace that end in ‘ley’? You can probably name quite a few off of the top of your head, parsley, alley. What about how many words in War and Peace where the second to the last letter is e? That is way harder to recall. If you were being observant, you would notice that it should be more for ‘e’ than ‘ley’ because ‘e’ is the second last letter of ‘ley’!!! Weird how one the ‘e’ is harder to recall! However, it’s due to the structure of looking for just ‘e’ versus ‘ley’ makes it much harder to remember and consequently, throws off our guesstimations. 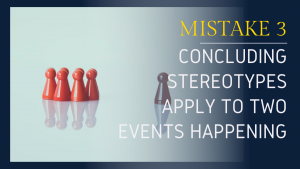 Your company is rapidly expanding so you decide to hire a new person for the social media team. After interviewing several different candidates, you hit it off with one of them, but then the brakes suddenly slam during the interview. You find out that the candidate actively smokes marijuana and that is where they get all of their creative ideas. Your thoughts immediately spring to “is this person a delinquent?” What is the chance that the candidate is a delinquent?

In order to answer this question, one would search through their memory bank of anyone who smoked marijuana and in each of these situations, considers whether or not they were a delinquent.

On that note, how many times have you watched television and saw a story about someone incarcerated for drug use and who also smoked marijuana? Probably pretty likely. In that case, you would make the immediate association in your mind that there is a good chance that the candidate is a delinquent. However, that would be a mistake.

For proper analysis, you would need four groups of people and see what one is most likely to correlate with a certain behavior.

By learning the percent of each of these events, you will have a better idea of whether someone smoking marijuana would mean that they are delinquent. Unfortunately, our brains are quick to jump these hurdles and simply rely on stereotypes to derive conclusions. 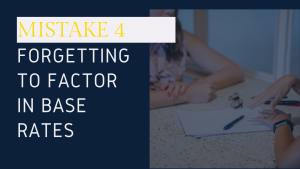 Mistake 4: Forgetting to factor in base rates

You are interviewing for another position in the social media department. An interesting candidate is in the interview funnel where their social media skills are quite strong, but you worried about their retention. It turns out, they used to ride horses and you think that if you pay them too much money they will leave and ride horses. A year later, that employee leaves, is it because (a) they decided to pursue a career in racing horses or (b) they didn’t like their boss.

In this case, most people would say a, but that’s usually because they neglected to check the ‘base rates’. Instead, they simply associated a known circumstance with the outcome of the event.

How do base rates influence this? The base rate in this situation is looking at what percentage of people left the company and for what reason. If 90% were leaving the company because they didn’t like their boss, then the answer would definitely be b. On the other hand, if 70% of the people that were leaving the company left due to they found something they were most passionate about, then (a) would be a better answer.

Don’t forget before making a conclusion to check the previous base rates for particular events. It will save you a lot of headaches when trying to determine the reason for a particular event. 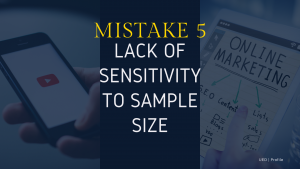 A new report just came across your desk on how to market to dentists. As you flip through the report, the researchers concluded that 4 out of 5 of their target demographic preferred Youtube Ads to direct mail. ASTONISHING! You shout: “This is the key to our new marketing strategy!” A year later, you find out that dentists hate Youtube Ads and loved the previous direct mail approach. What did you miss in evaluating the strategy?

When the numbers are larger, they conform closer to the mean. In the example above, you probably made a mistake to not check the sample size where they concluded that 4 out of 5 dentists liked Youtube Ads. If the researches only sampled 10 dentists, then that could easily throw off the research if 100 dentists sampled.

Unfortunately, our brains really struggle with the concept of sample size through intuitively believing that small numbers act as large numbers would. Make sure that when you get a study concluded a particular percentage, that they used a large enough sample size to derive that conclusion. 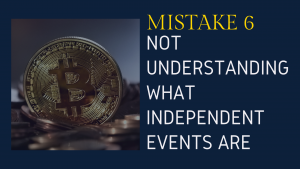 Mistake 6: Not understanding what independent events are

Because your business has been so successful, you decide to start investing your money in Bitcoin. Unfortunately, your investment does not return well, so you try another new and cool digital investment strategy. Again, that strategy does not work. After several failures, you are about to give up until you see a MoneyWeek article claiming a new investment portfolio InstaCoin is the way to go. Figuring that your last several investments have gone poorly, you believe that luck is now in your favor. But is luck really in your favor?

In this case no, but unfortunately, this plagues so many people who trade stocks today. The problem is the investment strategy consists that each investment is independent of one another which means that failing on one investment does not mean that the other is going to somehow succeed because of ‘luck’.

The erroneous belief usually occurs when people fail to say 5 times at a particular event and they think that the 6th one will work but the past 5 failed. If they are independent events then you are just as unlikely for the event to take place as the five previous ones. However, if before you sat down and asked yourself- what is the probability of you failing 6 times in a row? Then that would be a different result than the independent event.

Always ask yourself are particular events are independent or do they actually influence each other’s results. If you ask yourself this question consistently, you will save yourself a lot of headache by not chasing the next hottest stock.