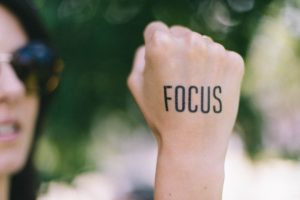 Whether you are trying to lose weight, be financially smarter, or make better decisions at work, mastering self control can completely transform the direction of your life. However, the promise of increased self control has been promoted by so many fitness experts and personal development gurus, that the possibility of having self control seems like a distant dream. But what are the researchers saying?

You know, the group of people who don’t charge thousands of dollars to share their “life-transforming” secrets? 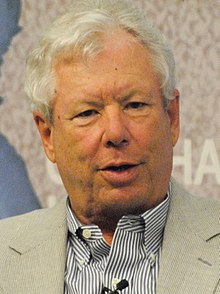 Richard Thaler, a professor of Behavioral Science and Economist at The University of Chicago Booth School of Business and in 2017, won the Nobel Memorial Prize in Economic Sciences spent many hours studying self control. In fact, even the Royal Swedish Academy of Sciences proclaimed that that his “contributions have built a bridge between the economic and psychological analyses of individual Decision-making. His empirical findings and theoretical insights have been instrumental in creating the new and rapidly expanding field of behavioral economics.”

Not a bad person to learn from.

So what can we learn from Thaler’s insights and how can they improve our lives?

Thaler breaks down decision making into two different pieces, the first is the planner and the other, the doer. Each one pertains to a different self, the doer is the more impulsive side, while the planner, sits back and evaluates what to do. Similar mental structures appear in many self-help programs such as Alcoholics Anonymous.

If you can imagine day-to-day, we make decisions fairly quickly, when to turn at a stoplight, what coffee to buy, and which app to download to make the commute go faster. Each part involves the doer. However, when do you sit back and ask yourself- why I am doing this? Or, is there a better way to accomplish this task? These questions work as the planner.

Planner and doer can be juxtaposed to

The goal is to control the doer by using your planner to pragmatically decide what to do.

If you are trying to lose weight and you hate running outside when its cold, make it easier on yourself and do cardio inside. Making that even easier, use your planner and figure out different ways to make cardio inside funner.

Love Netflix? Put the treadmill in front of the TV and walk on an incline for a whole episode. 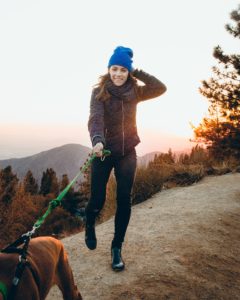 Hate silence? Turn on your favorite tunes and rock out.

Don’t want to go at it alone? Grab your dog, neighbor’s dog, or rent a dog and start running!

Typically, people tend to make errors in self-control where they don’t leverage their planner in situations that will require self-control. Often, knowing that they need to do cardio or accomplish some difficult task they won’t think of better ways to get the task done in an enjoyable way that the doer PREFERS!

In the future, make sure to brainstorm different ways to accomplish a task that may seem difficult and uncover the doer’s favorite preferences.

Peter Drucker, the world renown management guru and professor said it best, “What gets measured gets managed.” In this quote, Drucker was referring to job performance, but this technique applies to many areas of self-control. A popular example of measuring performance is when someone is in the process of losing weight and where they do “weigh-ins” to track progress. Another example, could be checking your budget every week to make sure your your spending behavior is on track.

On the surface, this seems like an interesting technique that gives someone an idea of whether or not they are moving towards a goal. However, there emotional magic working behind the scenes. By having consistent feedback, people need to take a honest look at their progress and when they are off track, they receive an emotional jolt that usually helps enforce their self-control.

Ever step on a scale and realize you are twenty pounds heavier than you thought you were? What about when you felt you were on track to hit your monthly income goal and found you were not even half way there with a week left?

When you realize you are off course, you receive an emotional hit and start making better decisions to lose weight, reach your income goal, or whatever task you are attempt to pursue. Leverage measuring, it helps tremendously with self control.

Thaler then suggests that by adjusting the positive feeling that people experience when they do actions such as eating delicious sweet during a strict diet, spending money like crazy during a frugal period, or avoid doing cold calls during a sales month, the self-control becomes much easier to manage. For instance, Antabuse, a drug that makes people ill if they drink alcohol, is a perfect way to alter the ‘binge drinking’ by making alcohol less desirable.

Jack Canfield, internationally best selling author of the Chicken Soup for the Soul series, suggested that if you fail to meet a certain goal such as a sales one, you have to write a check out to your least favorite charity.

An easy way to think of altering incentives is with the following question: what does the doer in me want? And how can I make that less desirable? The less desirable you make the binge activity, the easier it will be to maintain self control. 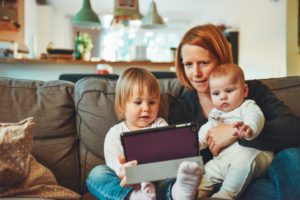 Do you remember when your parents told you:

“If you eat your veggies, you can have dessert?”

“Do your homework, and after you can watch TV?”

“Clear off your place, and after you can watch a movie?”

These are all common statements our parents would say and they are perfect examples of alternating the rules through a trade off.

Any decision that requires self control is like negotiating with two foreign parties who want completely different results. With this paradigm, you can alter the rules and offer a desirable behavior after some condition is met. You are the negotiator, and sometimes you need to let both parties get what they want. In those cases you can leverage trade offs to make better decisions.

Whenever there is something you continuously procrastinate on, or struggle to get do consistently, then you need to leverage the planner side of your mind. By doing so, you will be able to play with the rules of self-control and effective increase your decision making abilities to lead a happier, healthier and better life.

Now get some self-control, stop binge reading, and go be productive!