That’s Not Fair! How Being Fair Creates Poor Decision Making 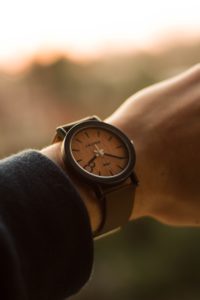 “Wow! I can’t believe they did that!”

If you ever been to a car dealership you might have said this once or twice. Dealerships are known to be a battleground for top notch sales people manipulating unaware buyers. While this not always be true, many people have had extremely uncomfortable heated negotiations at dealership that distorts decision making. Especially, when an ultimatum is put in place.

“Sorry, that’s the lowest we can go, take it or leave it!”

However, what may surprise a lot of people during negotiation, is that our ability to preserve fairness can often cloud our ability to make an optimal decision.

But how could this be? Being fair is often associated with finding the best outcome for both parties right?

Lind, E.A. and Tyler, T.R, in The Social Psychology of Procedural Justice found that when there is a distribution of scarce resources, people at times fail to make optimal decisions and instead, optimizes for fairness. Along with several other researchers including Samuel Messick, they concluded that fairness can be distorted in three different areas. By uncovering these three blind spots, you will be able to see where being fair is distracting from you benefiting in the long run. 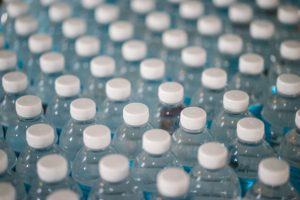 Imagine that you are in college and wanting to make a quick buck, so you decide to sell water bottles to people walking to the football game. You also read that the game is supposed to be played on one of hottest days in history. On the day of the game, you usually sell the water bottles for a $1 profit, but today you charge triple making a $3 profit knowing that the attendees will be dreadfully thirsty.

Is this fair to charge more for water bottles during a heat wave?

Some would say yes, others would say no. It comes down to someone’s temperament and experience in selling.

In cases of supply and demand, prices can fluctuate instantaneously with events such as heat waves, snow storms, or common inconveniences. In price fluctuation situations, entrepreneur often runs the risk of, charing more at the risk of having their market boycott their products. On the other hand, buyers can have their buying decisions easily influenced if they have a baseline of fairness.

Going back to our car salesman example earlier in this article, imagine if the car that you were negotiating for suddenly increased in demand overnight from a random tweet from Elon Musk. As a result, the dealership bumped the car price $200 above listing price.

How fair would you say this is?

Now imagine a different scenario where after a tweet from Elon Musk created extra demand for the car so the dealership increased the car price from $200 below list price to listing price.

Now, how fair is this situation?

A similar example was used in Judgement in Managerial Decision Making by Max Bazerman where they calculated what percent of people found the different scenarios fair. In first scenario, 71% found it unfair, in comparison, 58% found the second fair. Quite a large shift from a subtle change in knowledge about the car listing price.

The important thing to note here is: by introducing a single variable about listing price, people attributed more fairness to a particular scenario but

In the end, the customer always pays $200 more than what they previously had to.

It’s these subtle pieces of information that can totally distort or thinking process to the point where we will avoid going into a deal that we don’t think is fair, even though we would benefit financially from them.

Today is your lucky day! At a random potluck, you and another person pulled the winning tickets to a raffle. Everyone is excited but no one knows what the gift is. After the potluck is over, the organizer pulls you and the other person who won, who you later find out is named Fred, into a side room. In the room sits a large stack of hundred dollar bills amounting to $10k. The organizer then hands the stack to the other winner and begins speaking:

“Fred, it’s your job to allocate this money between yourself and the other winner [the reader]. If the other person declines the money you offer them, neither of you will get the cash.”

Chances are you wouldn’t. Fred is walking away with all of the cash, while you only have a hundred dollar bill. 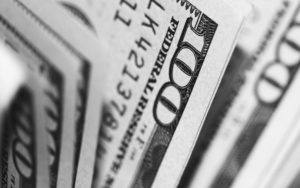 Here is where our brain deceives us. In this situation, say you were offered $100, if you choose to accept that offer, you would have +$100. However, if you decline, neither of you get money because ‘it wasn’t fair.’ It’s these bizarre situations with fixed resources where if someone does not like the agreement, they are willing to call it off even if that means both parties will benefit in unequal ways.

These type of scarce resources with someone who dictates the resources has been studied extensively. In other variations, one person decides the allocation and the other person does not have the power to decline the offer. In those games, only 64% choose to give the other party some resources. This study demonstrates an interesting finding revealing people recognize a rigged game and they attempt to maintain some fairness.

Congratulations! You just graduated from a top tier MBA program and you are now in the job hunt to rake in the dough. After much searching you boiling it down to two options: 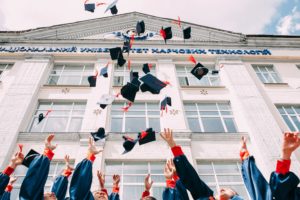 Which college do you choose?

Similar to the other scenarios in this article, the college graduating scenarios has been studied extensively to see how MBA candidates discriminated between different jobs. Interestingly enough, the MBA candidates were more likely to choose the first company (lower salary) than the second, even though, they will be earning more money in the second offer. As bizarre as this finding is, it turns out “when the value of the outcomes to self are apparent, individuals exhibit significantly less concern for fairness” (Bazerman 94). By adding the extra information about what the job is offering other candidates, the fairness social pressure kicked out, invalidating fairness.