5 Questions to Screen for Entitled Employees

One of the biggest challenges that employers face when hiring younger employees is dealing with entitlement. However, entitlement is not the typical form of someone taking selfies all the time. It usually falls under narcissism, where Psychology Today defines as “Individuals with this disorder exhibit a lack of ability to empathize with others and an inflated sense of self-importance.”

Employers usually have interviews that go exceptionally well, but then get blinded side when they find out they hired a bad apple. Inevitably, that person begins to affect other people in the office, and due to time, jeopardizing fairness in the workplace. If hiring managers are not able to spot these bad apples early on, they face ruining the culture they spent so much time building. In addition, dropping employee engagement and spiking turnover.

In order to avoid getting blind-sided, it’s important to understand the two major entitlement manifestations in the workplace: 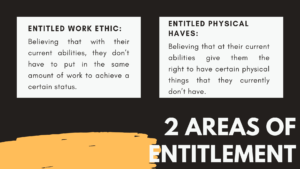 Defined: Believing that with their current abilities, they don’t have to put in the same amount of work to achieve a certain status.

Example: An employee is hired and believes they are entitled to a promotion after an extremely short time frame period.

Defined: Believing that at their current abilities give them the right to have certain physical things that they currently don’t have.

Example: A TV Celebrity believes because of their fame, they are entitled to not wait in line.

Both of these areas boil down to a difference of expectations in the workplace. Across all companies, there are expectations that exist that if you are in x position, it takes time to receive a promotion. Overcoming entitlement is a matter of aligning these expectations accordingly, and holding them firm in the company. However, the actual implementation of expectation settings is not the simple, which I will cover in another article later.

For now, let’s focus on the first step to avoiding entitlement employees: the job interview process. The behavioral job interview is the perfect place to spot and avoid the classic bad apple. Hence, here are five questions to help spot entitled job candidates which come from sources of Leadership IQ to Psychology Today to better help with spotting entitled candidates: 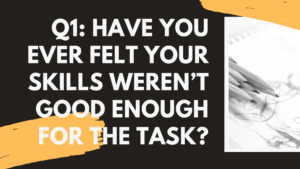 Q1: Have you ever felt your skills weren’t good enough for the task?

Someone who is entitled, has a tendency to believe that their skills can match any task handed to them. A simple example of this is when an entitled employee believes they are ready for a promotion, but their skills never is definitely not up to the task of the next level. If a candidate has a hard time finding somewhere their skills weren’t good enough for a task, you just might have an entitled candidate.

Q2: Tell me the last time you made a mistake? 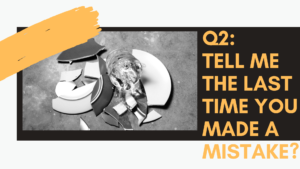 If someone has a hard time answering this, chances are you might have a narcissist in your recruiting funnel. Narcissists, have been often associated with a shaky sense of self esteem which makes them very unlikely to take responsibility for an action. Since the goal is to achieve perfection, a mistake would ruin their goals of achieving their ideal. Since narcissism and being entitled are often closely associated, your spidey sense should kick in if someone struggles to answer this question.

Q3: What is your expectation of your career progression working here? 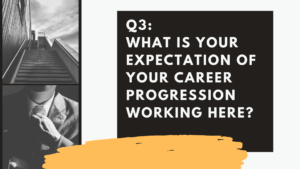 When someone answers this question, listen to how much slower, or faster, they expect their career progression to be than what happens in your company. If it’s much faster, follow that question with a correct statement about the actual time. At that point, watch their reaction. If they have a hard time adjusting it could be you are dealing with an entitled candidate. However, if the candidate is slower than what you have as career progression, then you don’t have anything to worry about in the entitled neighborhood.

Q4: What are your work/life expectations working here? 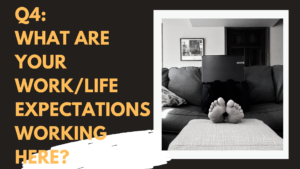 One of the biggest complaints that employers have with working with entitled employees, and usually older employees interestingly enough, is that believe they don’t have to put in the same amount of time at work. Due to this tendency, it’s great to ask this question to see if they have an accurate sense of what working at your company is really like from a work/life balance perspective. Unfortunately, many senior employees fall into the trap where they believe because they have worked in the industry for x years, they don’t have to be at the office nearly as long. Similar to a celebrity who believes they deserve VIP treatment wherever they go.

Q5: What were you grateful for in your last job? 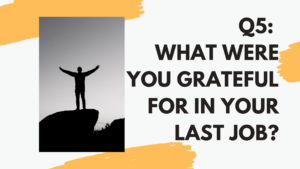 A common trait among entitled employees is not being grateful. If someone does not feel grateful for anything in their workplace, there is a good chance that they think that those (things,opportunities,etc), should be theirs by right. Unfortunately, few things in life are given to us by right, having the ability to be grateful is a trait that many entitled employees lack.