6 Signs That You Have An Entitled Employee on Your Hands 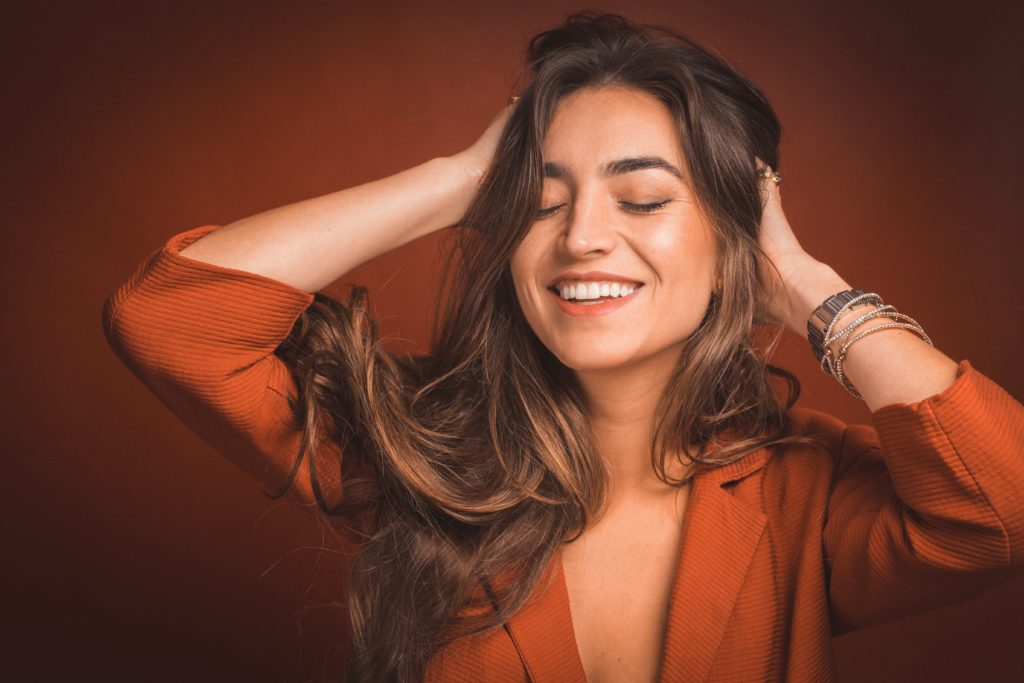 “I want to be promoted to VP even though I have been here few months.”

Dealing with entitled employees is a common problem in the workplace today. With only 30% of the workforce engaged at work, you will continuously face different variations of entitlement coming from different age groups. Whether you have new Millennial employees, you will be pressured to promote them faster. On the other hand, if you hire a Baby Boomer you will face the struggles of ‘senior-itis’, with them not wanting to do as much for the same work. 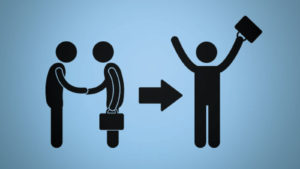 As a manager, if you are not sensitive to entitlement in the workplace, a battle of equity will come into question, creating a rift in the workplace culture. If expectations are not set across the company, employees will continue to decrease in engagement, leading to a poor culture and employee morale, and inevitable turnover. A small case of entitlement can send a ripple across an organization and destroy a culture that took years to build.

Put your binoculars on and look for these six things in the workplace. If you find that one of them is present, then chances are you have an entitled employee on your hands.

Sign #1: Asking for Higher Responsibility, Without the Necessary Experience

In the rat career race, many people are trying to reach the top to get the highest pay on the org charts. However, many employees feel that they are qualified for their promotion much sooner than when their managers think they are qualified to. For instance, the Society of Human Resources found that “40 percent of Millennials expect a promotion every one to two years, and the youngest generation was more likely than others to say that raises, promotions and bonuses should be provided more than once a year.” 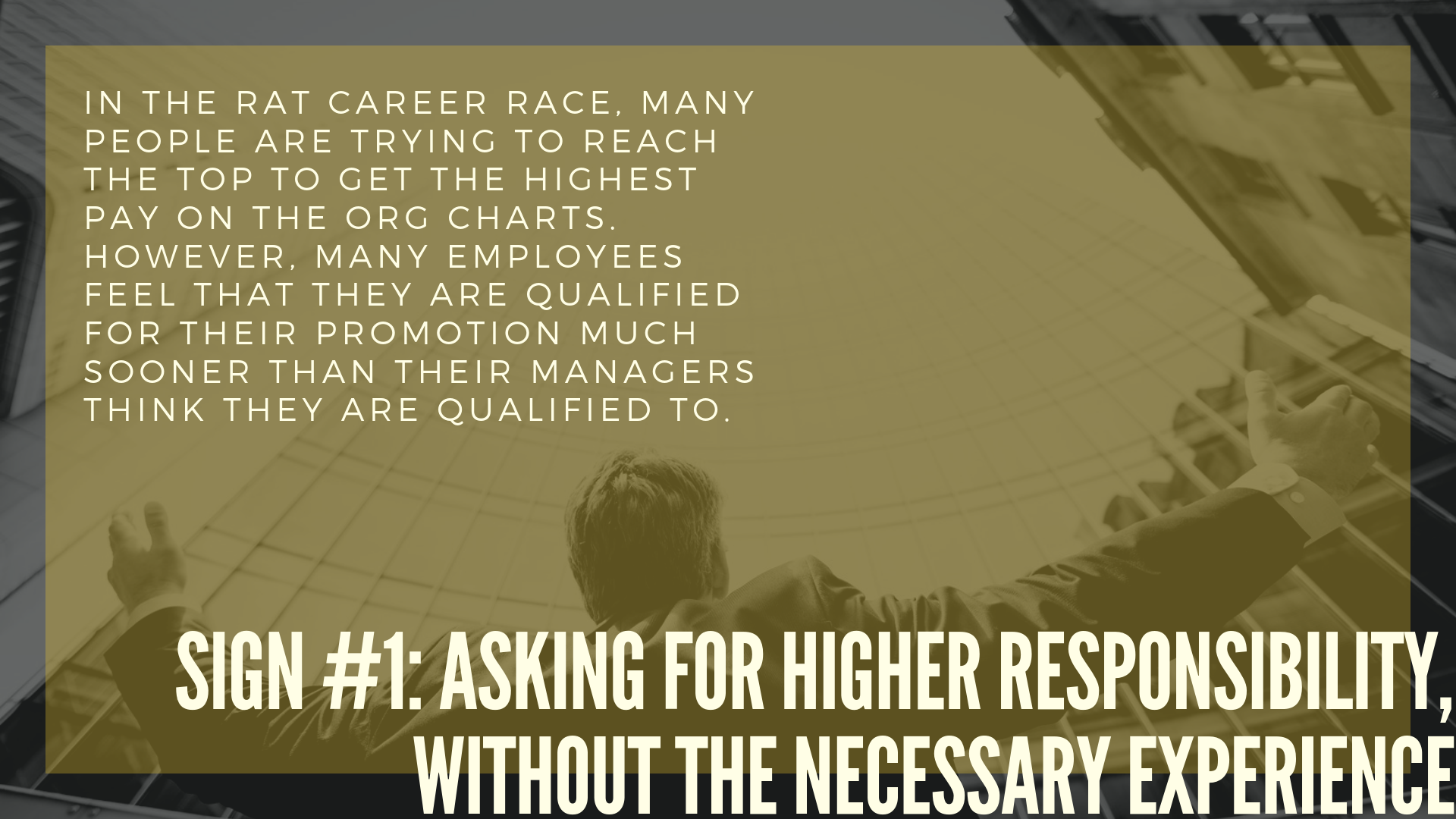 If this happens in your workplace, make sure to have something written down about the requirements of what it takes to move to the next level of promotion. Once, the discussion takes place, you will easily be able to reference the promotion guidelines in order to tell whether the employee should be promoted or not. However, with this incessant desire to be promoted faster, without much experience; don’t be surprised to receive some resistance from younger employees during these discussions.

Sometimes you have employees who have a legitimate reason to take lots of time off such as a mental emergency. Fortunately, this sign does not apply to those individuals. However, in just about every workplace, there are a few people who consisting take off way more time than other employees. Constantly toeing the line between part time and full time. In addition, they might not be working a second job, but taking vacations where they remember to update their social media accounts of their adventures for all of their coworkers to see. 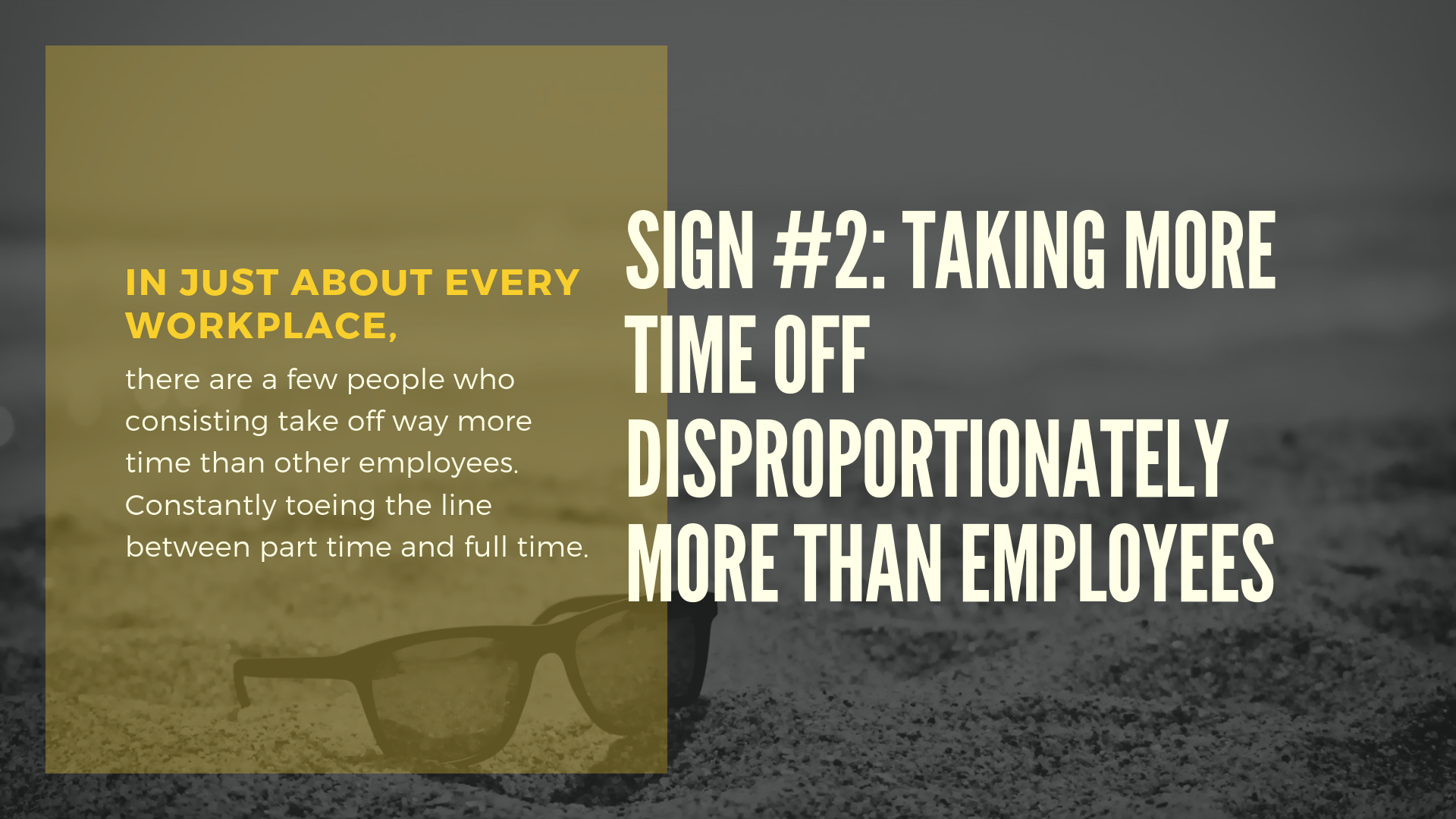 In these situations, it’s important to remember where to draw the line. If they are getting close to the maximum amount of days, let them know when they are getting close. On the other hand, if you work for one of the companies that has an Unlimited PTO, then you are pretty out of luck aside from assigning more work that will make it difficult for them to take as much time off. It’s about being communicative about where the lines are. Last thing you want is other employees wondering why they can’t take as much time off as the entitled employee.

Sign #3: Not Willing To Take Work That Is Beneath Them

Everyone has an employee who does not want to get their hands dirty. That is fine when you work in a cubicle office where the temperature never changes from 66 degrees, but what happens when they need to work with their hands. The truth of the matter is, blue collar jobs where your hands typically get dirty, are declining, leaving less jobs where you need to get your hands dirty. However, it’s more of the proverbial sense of doing busy work that everyone else has to do, but no one wants to do it. 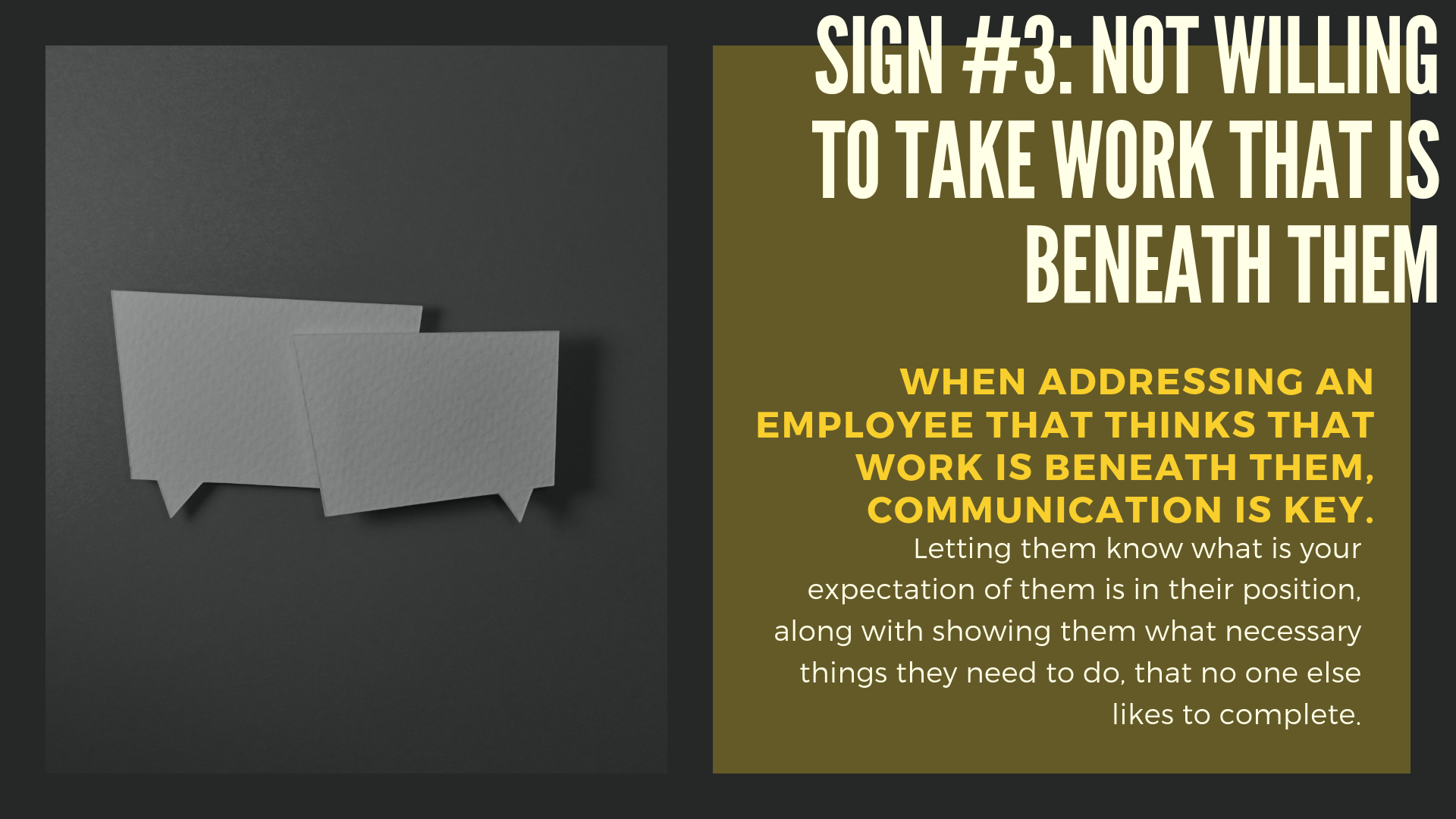 When addressing an employee that thinks that work is beneath them, communication is key. Letting them know what is your expectation of them is in their position, along with showing them what necessary things they need to do, that no one else likes to complete. If they fail to do the annoying tasks, reprimand them, but eventually they will need to realize that they won’t have a job if they don’t perform.

Sign #4: Unwillingness To Go the Extra Mile To Show You Are a Team Player 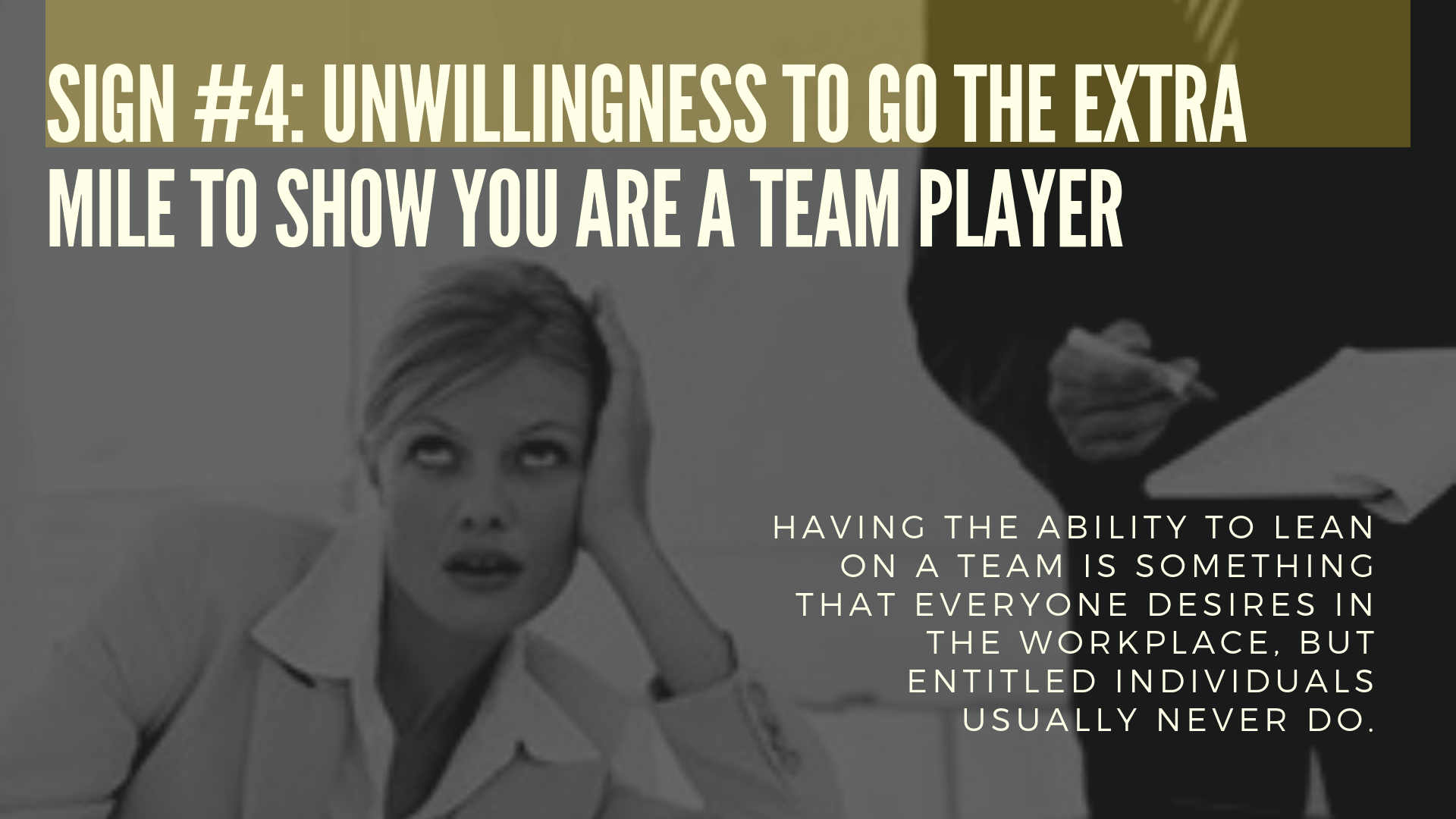 Team players is something that everyone wants in their organiz

ation. But how few people are actually willing to be a team player? According to Biog.ai, “about 75% of employers rate teamwork and collaboration as ‘very important’, yet only 18% of employees get communication evaluations at their performance reviews.” Having the ability to lean on a team is something that everyone desires in the workplace, but entitled individuals usually never do. In those cases, entitled employees don’t believe that the rules apply to them, or that they have to do extra work in order to show others their commitment.

Unfortunately, if an employee is not going the extra mile, this is not really something you can use against them if they are stagnating in their career. However, if they want a promotion, listing this as a particular issue and want activities they can do, is an extremely effective way of getting an entitled employee to go the extra mile

Sign #5: Always Having An Excuse for Leaving/Showing Up Late to Meetings 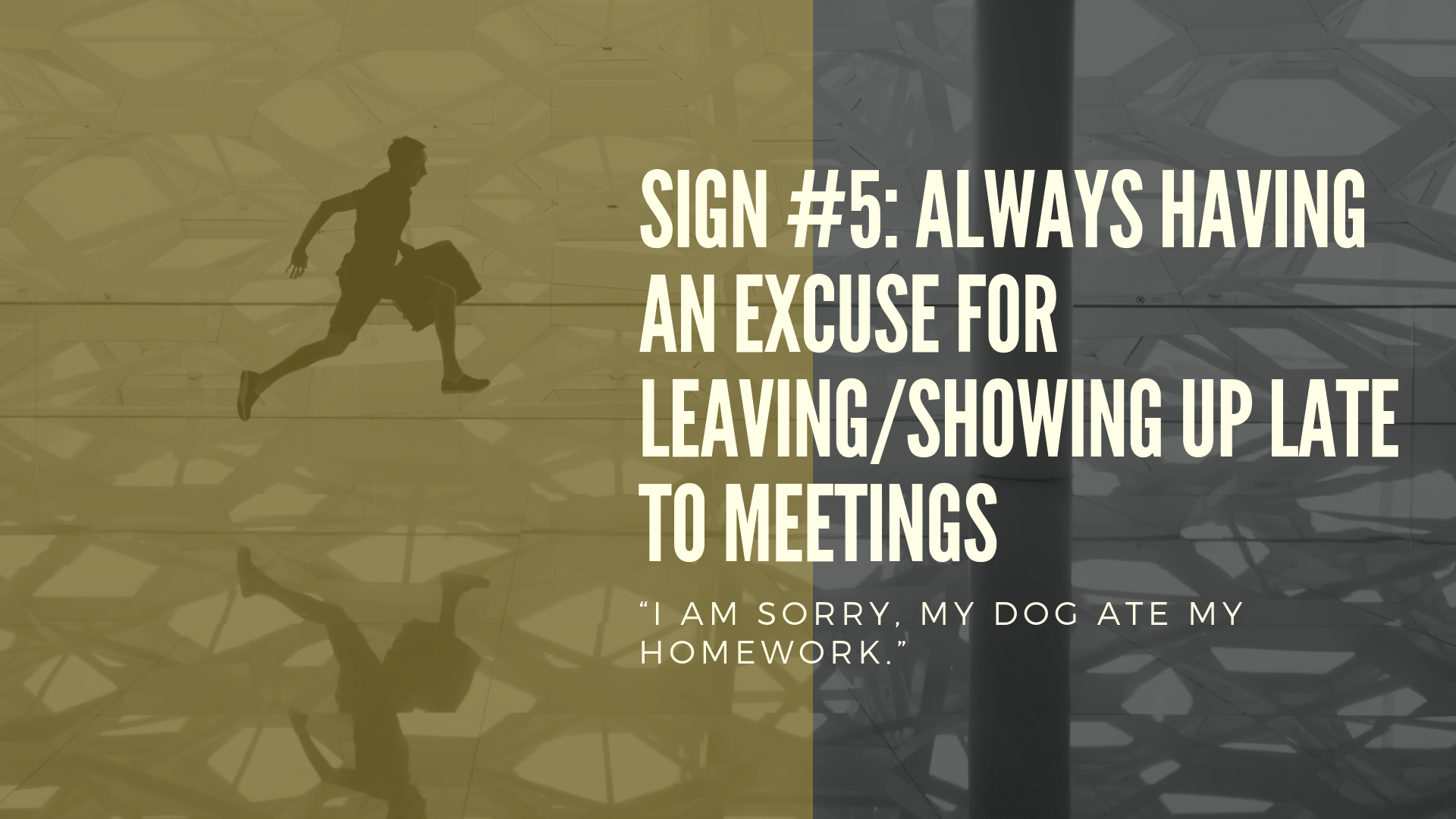 “I am sorry, my dog ate my homework.”

Someone who consistently shows up late to meetings, or leaves early typically has an excuse that follows the poor behavior. One of the problems with this mindset is that if one person starts showing up late, so does everyone else. As a manager, you need to curb this behavior immediately.

Pulling them aside and letting them know that this is not acceptable behavior is the first step. However, you will probably run into a lot of resistance about the excuses they have had in the past. In this case, make sure to not argue with them, then come to an agreement that they will show up to the following meetings for the full length. If they don’t follow through with the agreement, reprimand them with the terms you put in place. 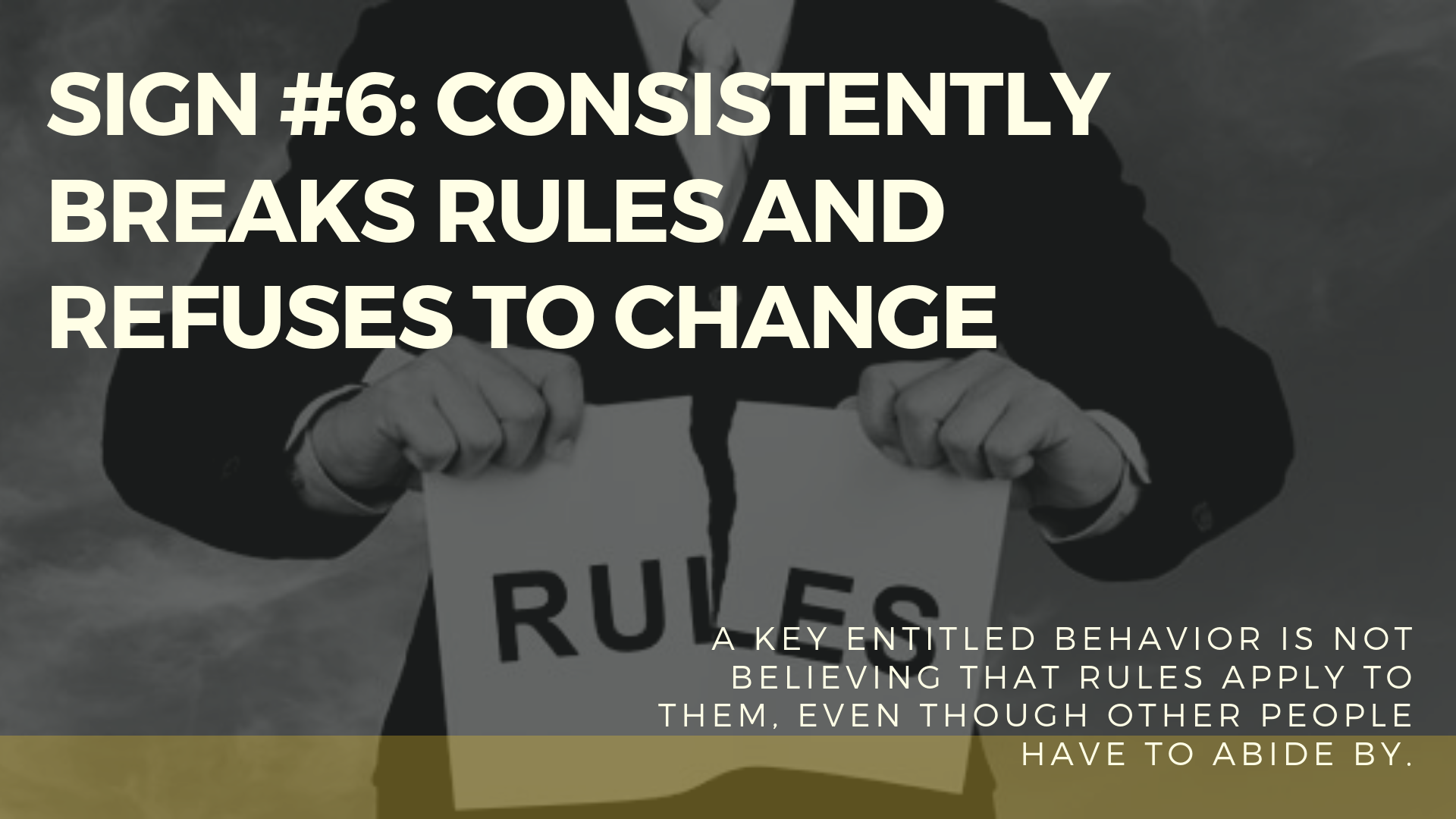 A key entitled behavior is not believing that rules apply to them, even though other people have to abide by. They are special, and the rules don’t apply to them. If you continuously reprimand them and they won’t change, this is definitely an entitlement employee behavior you are dealing with. Unfortunately, giving them the ultimatum about their employment is one of the only ways to get through to them.

Unfortunately, according to Psychology Today, entitlement can manifest from either a childhood where the child was spoiled, or a case of narcissism. Either case, these are heavily ingrained and will probably take a very long time to overcome this negative employee belief system. With that said, don’t be surprised if they won’t change and they just quit on you when you draw the line in the sand.