8 Amazing Recruiting Videos in 2019 (And Why They Are Awesome) 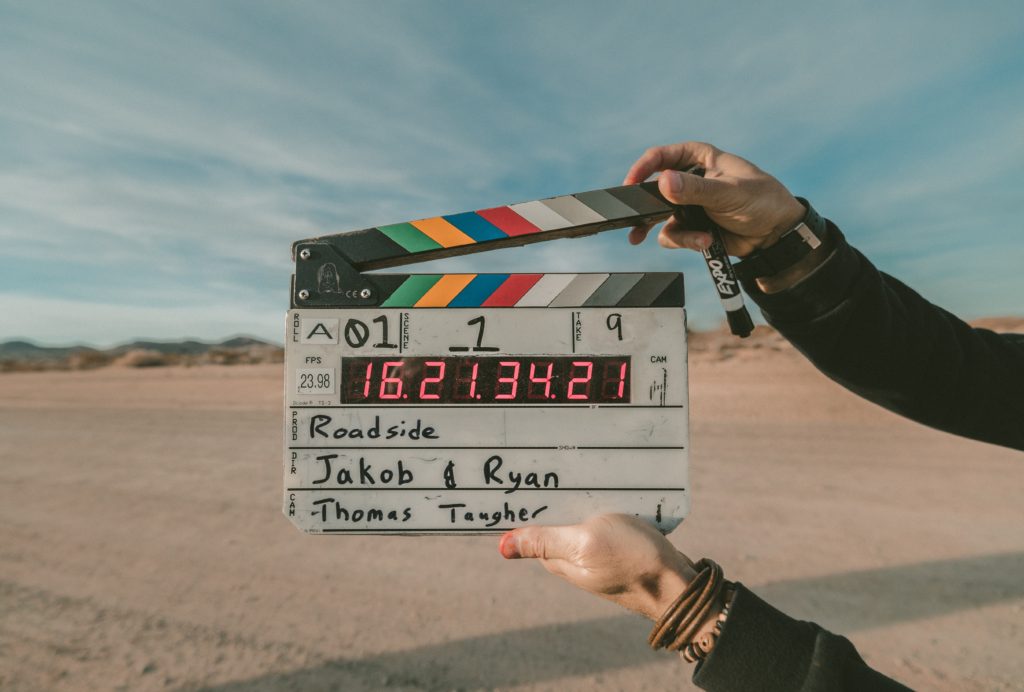 “The culture of a workplace – an organization’s values, norms, and practices – has a huge impact on our happiness and success.” Adam Grant

Attracting employees has never been easier, at the same time, more difficult. No longer can companies just post a job ad in the newspaper and wait for hundreds of resumes to roll in. Companies need to be aware of where their candidates are applying, then assertively apply creative techniques in order to recruit top talent. The most innovative companies are using smart new ways to reach their potential employees by taking their recruitment skills into a whole new level.

So who are these companies? And what are they doing so differently? Today, I am going to focus on how these companies are using recruitment videos in order to reach their future employees.

CareerBuilder in a recent study, indicates that job postings with videos are viewed 12% more than those without video content. In addition, candidates are 800% more likely to engage with the job ad if there is a video.

YouTube is the second most popular site in the world, over 1.9 Billion logged-in users visit the platform each month and every day people watch over a billion hours of video and generate billions of views. With this spectacular scope, it’s understandable that companies are focusing their efforts on recording amazing videos that resonate with what their ideal candidate is looking for.

By showing employees what to expect working for them instead of just telling them, companies can delve deeper into the organization culture, their people, and workplace environment in a format that resonates with their ideal candidates.

Here is a list of some amazing recruitment videos and why they got it right! 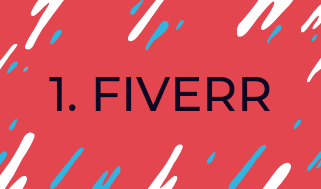 Fiverr is an online marketplace for freelance services, founded in 2010. The company is based in Tel Aviv, Israel, and provides a platform for freelancers to offer services to customers worldwide. As of 2012, over three million services were listed on Fiverr. Fiverr organization culture is presented as the exciting challenge that gets you up in the morning and keeps you up at night, they also considered themselves as “doers” and if you are like them: committed, curious and enthusiastic, you are welcome to apply to work for them.

Why it’s amazing: By using humor, Fiverr makes fun of the idea that all the recruitment videos are similar in what they called “another generic video.” This creative strategy is what makes their recruitment video stand out. Before the video ends, they send the real message to those that are still laughing at the video “If you are good at what you do, you can work everywhere. It’s you are THE BEST at what you do, come work at Fiverr”

Don’t be another generic video, show your personality! 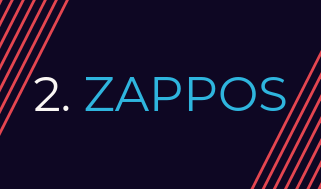 Zappos.com is an online shoe and clothing retailer based in Las Vegas, Nevada. The company was founded in 1999 by Nick Swinmurn and launched under the domain name Shoesite.com. In July 2009, Amazon acquired Zappos in an all-stock deal worth around $1.2 billion.

Zappos’s organization culture states that you must differentiate yourself, which means doing something a little unconventional and innovative. By doing something that’s above and beyond what’s expected, whatever you do must have an emotional impact on the receiver. Since they are not an “average company”, it’s service is not average as well as their employees.

Who does not love the weirdness behind the Shake Weight? It’s a perfect gift and a joke at the same time. Zappos was able to capitalize on some nance culture pet peeves and wrap them all into this great video. Even better, people work in cubicles, in…offices! Soooo, in order to understand what it’s like to work at Zappos, they filmed their employees in their natural habitat- the office. Seems like an obvious idea, but so many companies attempt to make an overly professional video showcasing the company’s benefits, but missing what the company feels like internally.

Stick to the basics, and who you really are! 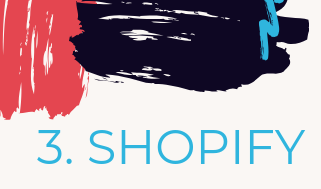 Shopify is a Canadian e-commerce company headquartered in Ottawa, Ontario. It is also the name of its proprietary e-commerce platform for online stores and retail point-of-sale systems. Shopify offers online retailers a suite of services “including payments, marketing, shipping and customer engagement tools to simplify the process of running an online store for small merchants.”

Company culture: Shopify states that their mission is to make commerce better for everyone. However they are not a workplace for everyone since they thrive on change, they operate on trust while solving problems at a rapid pace. They said, “They get shit done.”

In an alternate version of this video, they actually had Tom Cruise break into the building with items he bought on Shopify. However, they thought that the current staff they had on film outclassed Tom Cruise. I am joking about the Tom Cruise comments, but not about the staff. Shopify took a great set of employees and added a splash of humor that said more than just a joke. With candidates look for companies, they usually want places where they can relate to the executive team. By the CTO of the company making the owl joke, Shopify perfectly showcased the relatability of their executive team.

We are all human, let’s stop pretending that we are not. 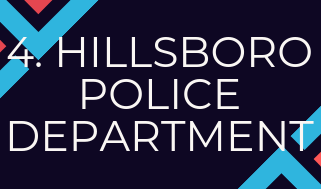 Company culture: The Hillsboro Police Department actively seeks individuals interested in becoming a part of an organization with a rich history and innovative future. Serving a diverse community, they are in search of self-motivated people seeking a career like no other.

I lost it when the tour guide said: “we were going to talk to a few officers.” As they shifted the camera angle to two overly serious offices, I immediately thought it was going to be a boring interview. But fortunately, the tour guide stated, “not those officers.” When creating videos about a workplace, you want to be in line with what the audience is thinking. Often, police are stereotyped as overly serious and rule following – which they should be. However, the police did an amazing job with this video making the officers relatable, and yet, upholding their credibility.

Point out the elephant in the room, especially if the audience is thinking about. 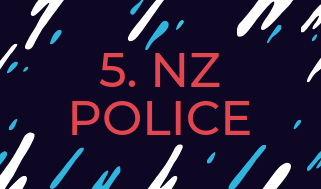 The New Zealand Police is the national police force of New Zealand, responsible for enforcing criminal law, enhancing public safety, maintaining order and keeping the peace throughout New Zealand. With over 11,000 staff it is the largest law enforcement agency in New Zealand.

Company culture: The NZ Police claimed to provide rewarding and challenging jobs  “this is why many people remain with Police throughout their careers. Police employees feel a real sense of personal achievement from their work, as they know they are helping to ensure that New Zealand’s communities are safer and more secure.”

Hands down, New Zealand Police force put together a video that looked more like a movie trailer than a recruitment video. In fact, they had over one million videos. Going viral with a recruitment video is like filming a carpet and the video goes viral. It’s near impossible. The angles were incredible, writing was on point, and the jokes matched as well. Everything was in sync. By mixing humor and incredible video production, they not only made a mindblowing recruitment video, but they also poked fun at a lot of the typical chase scenes in movies. In addition, they made sure to leverage diversity in all of their officers to cater to the new job candidate demands for employers. 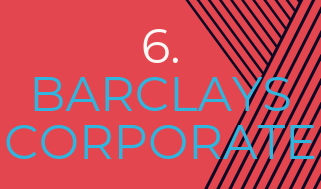 Company culture: Barclays states that they have been innovating for over 325 years, they also are proudly the first in appointing the first female bank manager to issue the first credit card and creating the first banking website. As a global organization, they offer opportunities around the world and careers that are both challenging and rewarding. They also hire people at all stages of their career – from apprentices and graduates to experienced senior leaders.

When you think of employees being ‘snatched up’ by companies, what comes to mind? Probably a company putting up a bunch of ads, then candidates applying. Well, Barclay’s took this idea a bit further. They created a video where people are snatched, stolen, kidnapped, in unique ways in order to poke fun at the war for talent. This video is actually one of the shortest videos, but it was done in a television format that works with the audience. It puts the brand in a positive light that acknowledges the current state of the workplace. 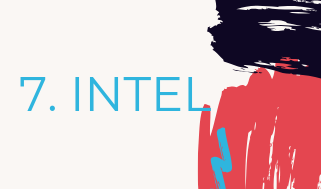 Intel Corporation is an American multinational corporation and technology company headquartered in Santa Clara, California, in Silicon Valley. It is the world’s second largest and second highest valued semiconductor chip manufacturer based on revenue after being overtaken by Samsung. Intel ranked No. 46 in the 2018 Fortune 500 list of the largest United States corporations by gross revenue.

Company culture: the company is known for its corporate culture of meritocracy, where ability and achievement are the basis for advancement, rather than connections, status, or power.  This culture differentiates Intel from competitors while maintaining a high-end brand by influencing its customers and suppliers to adopt technological efficiency in their mindsets.

Rockstars all the way! What comes to mind when you think of rock stars? David Bowie? Alice Cooper? What about the software engineer who works down the hall? Intel capitalized on authenticity and the social structures in their video. They showcased the co-founder of the USB drive as a rock star where all of the employees were crazy fans. What is crazy about this video, is that it’s not far from reality. In the engineering world, there is a similar respect and celebrity status for a genius, like fans at a rock concert.

Play with cultural norms and exploit them! 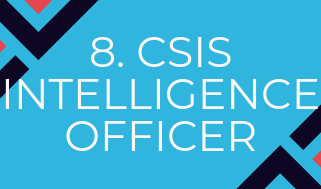 The Canadian Security Intelligence Service is Canada’s primary national intelligence service. It is responsible for collecting, analyzing, reporting and disseminating intelligence on threats to Canada’s national security, and conducting operations, covert and overt, within Canada and abroad. It also reports to and advises the Government of Canada on national security issues and situations that threaten the security of the nation.

Company culture: CSIS Intelligence claims that if you work for them you must be among the most talented people in the country. Someone who is committed to Canada’s values and energized by meaningful work. The dream candidate is driven to expand his/her skills, hone talents and stretch your potential to the limit. CSIS is proud to represent the best Canada has to offer. They are looking for motivated individuals who want to make a difference and be a part of something meaningful.

Just about everyone knows the show CSI. What if you worked for the CSI and had to make it interesting? In this video CSIS layers a crime scene with someone in the company. It’s sort of a video testimonial explaining what they are doing, mixed with a pursuit of a criminal. The video has a couple of botches in the video, but its creativity is on point. You get to know the person who works for CSIS, and you can get excited about what they do.

If media is attached to what your company does, Piggie back on it!