The Dark Side of Online Reviews – Should Companies Boycott Reviews? 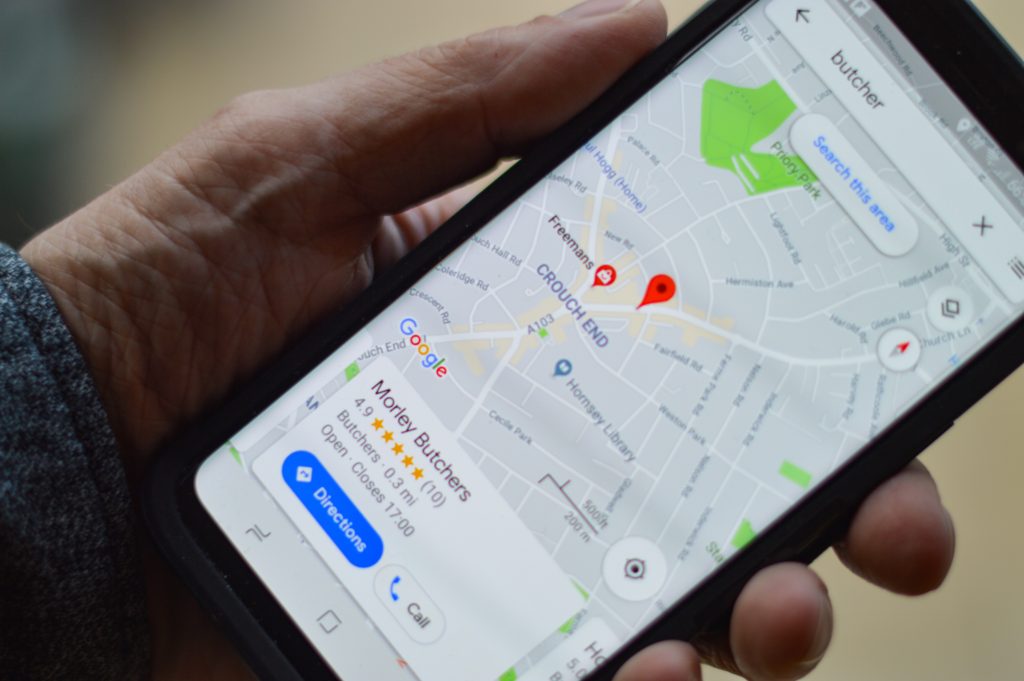 Have you ever used Google Reviews, Yelp, Amazon, or GlassDoor to read reviews about a product or business? Probably at some point, and if you have, you were probably unaware of what is happening behind the scenes from the business side of the table. There is a reason why review platforms like Yelp have earned the title of ‘The Mafia of Small Business.’

Usually people don’t think twice about reviews when they read them. They just accept what they read, and move on. Rarely do they ask: was someone paid to write this? Or even, how does this review affect the product/business that I am reading about?

Earlier this week, I sat down to write this article, but was unable to finish because of travel. However, when speaking in Napa Valley about Authentic Marketing, two business owners came up to me and asked me a question about online company reviews. It turned about they asked exactly what I planned to write about- the serendipity was there so I knew I had to put the truth out there.

Where the Hunt for Online Reviews Began

Earlier in the week before my talk, I was poking around the internet for a good story to address whether companies should use online reviews. The story that stuck out to me the most was a frustrated Arizona restaurant owner who put a sign on his door, stating ‘no Yeppers Allowed.’

On first glance, I thought the story covering an overreacting business owner who was poorly running a business, and was sick of the negative reviews. I also assumed that as a reaction, they decided to hang a sign outside of their restaurant telling people from Yelp not to come in. The end. However, the further I dug into this story, the more I realized that there were two sides to the story, one the general public was completely unaware of.

Going back to the couple who approach me after the talk, they mentioned that they not only did they know the Arizona business story, but were friends with the owner who make headlines. They prompted me about a similar issue, what to do with people on online reviews who were taking down their business?

Were these just business owners who could not take constructive criticism?

“They’re universally loathed by chefs everywhere. They are the very picture of entitled, negative energy. They’re bad for chefs, they’re bad for restaurants. You know, you open a restaurant, you struggle for a year to put together the money, you work your heart out, and then 10 minutes after opening, some miserable b-stard is tweeting or Yelping, ‘Worst. Dinner. Ever.’”

Could it be that everyone has a bad attitude about receiving criticism, or is this something else happening?

While it may seem like I am focusing on Yelp, I am referring to most online platforms. Usually when there is money and altruism in the business model, fairness can be exploited.

The Heart of the Issue

Take a few seconds and go to any popular reviews site, GlassDoor, Yelp, or Google Reviews. When you are on their sites, pick a random product/service that has mediocre ratings. Now once you have done this, notice how most of them do not show their reviews in chronological order by default. Turns out, most platforms purposefully change the order. But for what purpose? Maybe it could be along the lines that by doing so they could make more money?

But how do review platforms make money? Well, there are several ways. Since consumers on these platforms don’t pay, they platform needs to be seem as a go-to source for evaluating a product/service. If the platform become reputable, more traffic will go to their site, inviting opportunities like paid ads. However, online review companies also charge businesses in in order to address reviews. That’s right, a lot of companies don’t make their page and wait for the reviews to pile in, they have to pay to address them. 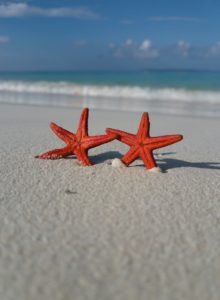 In what cases would a business want to join the platform?

These online platforms can hold reviews over the heads of the business owners with the knowledge that multiple negative reviews can significantly impact a business. Ever heard of curating? In order words, the process whether platform deliberately decides which reviews they are going to keep versus remove. What if the platform kept more negative reviews than positive? Do you think this would have an impact on the overall business? You bet it does! Consumers tend to pay attention more towards negative reviews than positive, so do the businesses being reviewed.

Even with this in place, consumers still make a lot of erroneous assumptions about these platforms thinking innocent people are writing reviews just like them.

When people look at review platforms, they usually infer that the reviews were written by people with good intentions. However, that would be a big mistake not knowing who else is joining the review cocktail party. Here are several other parties that can contribute to reviews:

Turns out, a lot more people get involved than altruistic people who are trying to look out for another consumer. Here is where platforms curate the platforms deciding which reviews should stay.

While on this surface this sounds corrupt and probably not true, I decided to test this for myself.

I went onto platforms like Amazon, GlassDoor and Yelp and wrote negative reviews about products and companies that I wasn’t involved with.

Guess what happened? They were published.

In addition, I had a positive review of random product taken down. Now, I am not implying that all positive reviews are being taken down, but rather, the world of reviews is not as altruistic transparent utopian that most people would like to think. It involves a credibility war of reviews and leverages negative reviews to become apart of the platform.

So are companies pay for reviews on these platforms?

Turns out yes for some of them, you don’t need to search that far to find people who will accept money to review a product or service. While I don’t think this is unethical if the review is honest, I would argue that it is not the organic, altruistic mindset that most people have when they consider buying a product.

Before this talk that came up about Yelp and Google reviews, I was already aware that reviews could be distorted on Amazon, but I didn’t know where else this could take place. An acquaintance of mine who I would spare using their name for privacy reasons, let’s call them Bob, exploited Amazon reviews.

Bob made created a fake author name who had a make believe PhD in nutrition. From there, he hired teams of people write several of their ebooks under the fake name. Once the books were published the outsourced team focused on getting written reviews for the products. As books accumulated more reviews, it ranked higher, and made it consequently easier to sell.

This would come at a surprise to a few people find out that not only were they are able to execute this without Amazon knowing, but also they were wildly successful making a six figure profit. So much for authenticity.

On a humorous note, South Park, a satiric adult cartoon wrote an episode critiquing the Yelp culture. The episode covered Cartman who became a crazy entitled Yelpers. essentially boycotting yelpers where Yelp retaliated with a lawsuit which they responded: 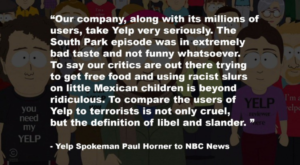 Interesting how someone gives a review of yelp, that they have a hard time receiving a review. South Park retorted to this acquisition in a very Yelp like format. 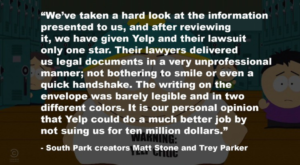 So Should You Use These Platforms?

The big question is, should companies pull out their wallets and hand them over to the review mafia? But before we can answer that, we first need to answer will having better reviews impact your bottom line, whether that’s attracting new candidates or customers? If yes, then do pull out your wallet and pay the piper. However, I wouldn’t invest heavily on those platforms, and instead put strong customer reviews on your own website to showcase what people really think of your business.

The tricky part is, online reviews do a lot of good of helping future customers. They hold businesses accountable to providing good service?

Many would argue that reviews should be abolished, however, a tricky thing that does not have a black and white answer. That is why you need to thoroughly read through reviews really asking yourself if these are something you should believe. There is good and bad in the world of reviews, and you need to sort through the muck. Remember, when money meets altruism, fairness can be exploited.