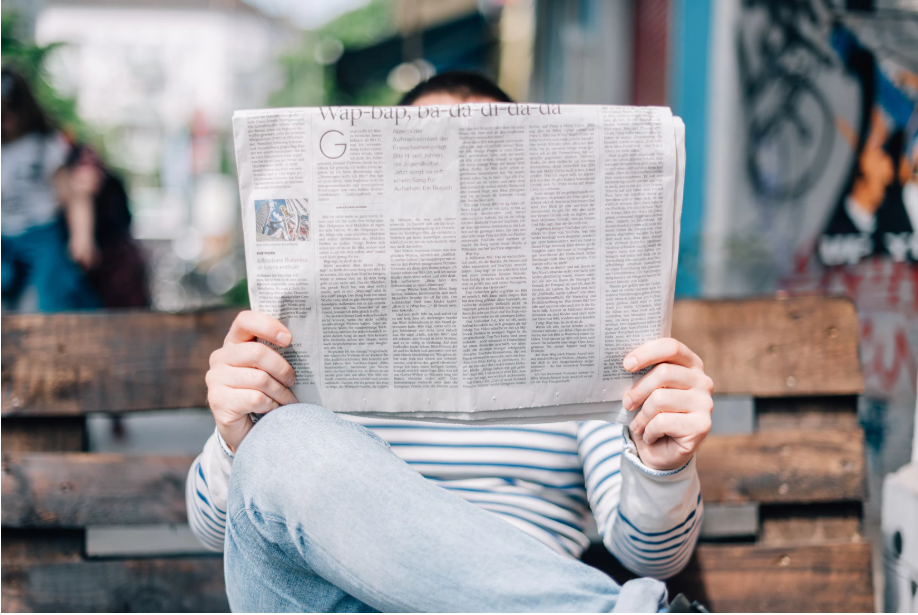 Turns out Millennials are not wrapped in a bed of narcissism and self absorption to not care for the news. According to the American Institute Press 69% of Millennials get their news once a day. However, with this stat at hand, why do news outlets still struggle to engage the Millennial audience? How do newspaper engage with Millennial readers? Unfortunately, the answer is not that straight forward and it has its complications. If it were that simple, would it even be worth writing this article?

When people in the news industry declare that Millennials simply don’t care about the news they would usually take note of the newspaper circulation declining. However, this is a poor stat to reference because it does not change the fact that Millennials are still referencing content. It’s just not in print format.

I spend most of my career traveling all over the world, studying, and analyzing how different generations are impacting society. This could range from how management preferences change to how Millennials are consuming content differently than previously generations. What I have found with overwhelming evidence is that Millennials are not that different than other generations. The major difference is how technology is changing the way we operate in the world. In other words, Millennials still care about what is happening in the world, but they have changed the way they consume content. 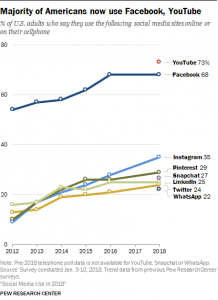 This one should be here without saying anything, but unfortunately, most news outlets simply do not do this one right. First off a few stats to show the changing landscape of social media. For the first time, Facebook did not decrease in usage from 2017 to 2018, while Instagram has increased year to year. (Good thing Facebook acquired Instagram when they did). At the same time Snapchat is starting to cap out in terms of Millennial usage. But how does this relate to how newspaper should repurpose their content?

Each social media platform has a particular way to engage with content. Youtube, it probably the easiest out of the bunch. Just extract clips from the news outlet reels and upload them to the platform with appropriate headlines. Twitter and Facebook have pretty similar styles that require a favorite along with the right hashtags and headline. However, Snapchat is the trickiest one.

The Finland news outlet VG had tremendous success with adding Snapchat to their distribution platform. A journalist from VG states that “We’re trying to tell the story in six snaps, and we have a possibility to do several interactions with the readers within those six snaps.” Usually they start off with a catchy headline, and each snap tells a different part of the story. However, it takes a completely different format then the other social media platforms out there. If you haven’t experiment with social media for repurposing content, I suggest not starting with SnapChat.

One of the biggest complaints that Millennials have is that the media is ‘too polarizing’. With social media, instead of receiving a balanced view, these technology platforms put viewers into a ‘filter bubble’ according to the American Institute Press. Essentially, if you view conservative or liberal story, the platform would recommend similar stories, putting you into a filter bubble for future recommendations.

Due to the fact that the media story needs to have a particular angle and appear to a particular audience, polarizing stories is incredibly easy. However, one of the best ways to represent diverse views is to provide the raw uncut footage of debates and stories. The media is known to distort a story to fit a particular narrative which makes many Millennials allergic to the news. If they want more information about a story they have to dig deeper past the story to get the answers they want.

A good example of how people are preferring more long form content and debate, is the rise of YouTube channels such as Joe Rogan, which boasts can incredible 7,000 new subscribers per day and has almost 6 million subscribers. To put that into perspective, the show has more subscribers than Fox and almost more than CNN. More importantly, the engagement on Joe Rogan’s show far exceed those of Fox and CNN. The show itself includes raw, uncut interviews that range anywhere from 90 minutes up to 4 and a half hours. Many speculate that by having longer form content, “it’s easier to trust and appear authentic” according to a writer on Forbes.

Instead of cutting up a story into many small cuts, try experimenting with long form content. 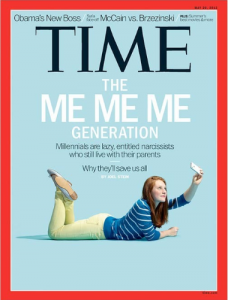 Here is the dilemma, many people who are younger are usually not the best people to bring on media outlets because they lack credible experience. However, what people in the news need to realize is that the majority of the content that Millennials consume digitally usually consists of their peers creating content. Unlike previous generations, Millennials are in the habit of viewing content from peer which makes it much easier to digest and trust versus older individuals.

When Millennials view the media, the majority of the time, it usually consists of older generations that comment on certain matters which makes it more difficult for Millennials to build trust. For instance, Millennial trust Youtube celebrities over traditional celebrities who are also their age. However, when Millennials are brought up in the media, it is usually done in a negative light, such as the infamous Time magazine cover.

Today, stories are usually broken on Reddit or Twitter. Usually larger media outlets hound Reddit looking for new stories to release to their userbase before they become mainstream. However, because of this trend, many people have taken advantage of the ‘act before checking’ aspect of business and got fake stories out before people can act.

Back in 2016, someone was able to hack into a major media outlet’s Twitter and released a tweet stating “Breaking: Two Explosions in the White House and Barack Obama is injured.” Due to this being a trustworthy outlet, computer stock traders immediately started trading creating a 136 billion dollar deficit in the S&P 500. By simply not being able to check, a simple hack turned into a multi-billion dollar scare.

When searching for ideas for stories, social media is one of the best places to look, but make sure that you verify the story before you release it.

At the heart of content marketing, marketers answer the questions that their customers have to build trust. Often, media outlets are used to capture the latest stories and breaking news, but less often is it used to answer questions that its audience has.

Media outlets such as US News does a good job at answering a lot of the questions that Millennials have. Including articles about ‘how much to save’ to ‘spotting a scam’ outlets like these start to build trust with their audience by providing relevant and useful content.

But where do you find these questions that Millennials may have? Easy- social media. Again, media outlets can resort to Reddit, Facebook and Twitter to see what is trending and what questions do people have questions about. From there, the media outlet can create content that appeals to the audience because they are already asking the questions. With the media, it’s all about becoming a trustworthy source, and by creating trusty content is a great way of building that bond.