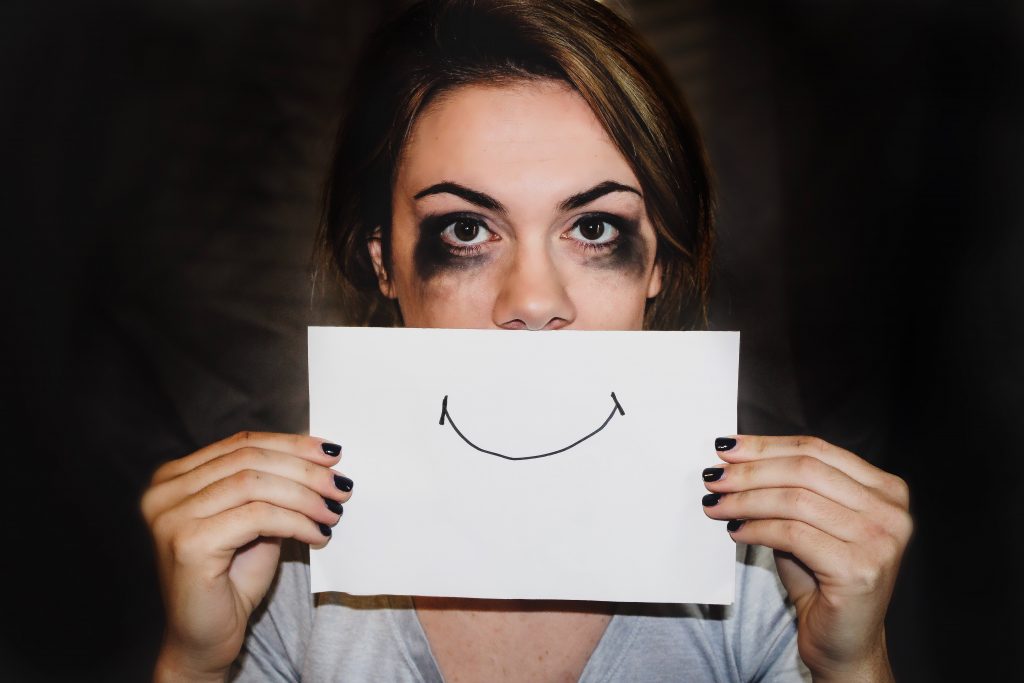 While many of us stand in line for hours for the newest IPhone dreaming about how much better it will make our lives, much less is talked about how this revolutionary technology is changing the way we think. Edward Jenner in his book Why Things Bite Back highlights on with newer technology there is usually a consequence of some sort. Sometimes its physical (obesity), sometimes its economic (job replacement), and other times its mental.

How technology impacted our mental health has always fascinated me. Unfortunately, not because I had a deep desire to know more about technology, but rather I was caught in the technology chaos whirlwind. I often find myself late at night in the rabbit hole of YouTube, or glossing over Facebook profiles of people I haven’t talked to in years, but feeling jealous and inadequate. After losing hundreds of hours in the digital world, I wanted to find out why it had such an inexorable grasp my attention.

In addition, if I spent prolonged periods on these technologies, I would find it much harder to focus when reading paperback books. Occasionally, I would try to scan the page as though I was reaching a 300 word Forbes article instead of focusing on the current sentence.

Below are five different areas where Millennials are being impacted: 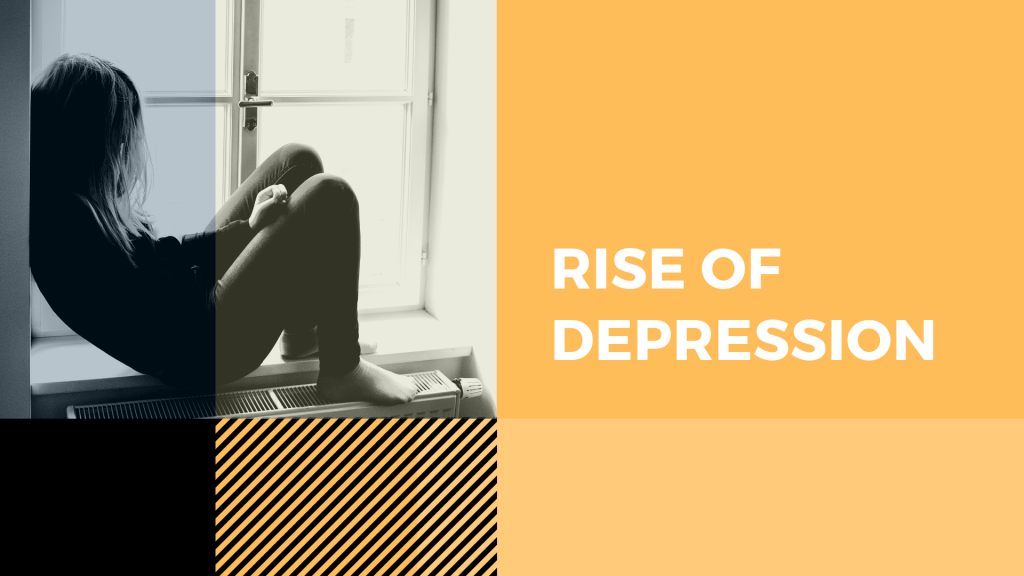 In the International Journal of Epidemiology, two researchers Praveetha Patalay, Suzanne H Gage published an article in February 2019 showing an increase in mental health issues with Millennials. The researchers compared a group of over 5000 14 year olds in the UK in 2005 and compared them to 14 year-olds in 2015. When comparing the two groups the researchers focused specifically on the following areas: depressive symptoms, self-harm rates, hyper-activity, peer-problems, and antisocial behavior. After comparing the data of the two cohorts they uncovered the following:

Is it because people are more sensitive and reporting issues more?

Or is the media more polarized than ever before?

Is the socioeconomic gap playing roles in people’s mental health?

While it’s very difficult to pinpoint one effect the researchers noted that there is usually a web of influencing factors and several are contributing to different amounts of the problem. A few they thought it could be were the BMI (Body Mass Index) increasing, a decrease in sleep and of course, technology.

Many researchers despite the fact, have found that children are showing up with higher levels of ADHD than ever before. According to the Berkeley Political Review, the United States is the highest in ADHD children with teenage boys reaching almost 20%. In their article, America’s ADHD Nation, summarized it as:

“Health economist Dr. Richard M. Scheffler and psychologist Dr. Stephen P. Hinshaw of UC Berkeley reported in their collaborated book, The ADHD Explosion, a 59% increase for ADHD diagnosis among students in low-income communities ever since the launch of school accountability laws. This is compared to a less than 10% increase in middle and high-income children. Lower income school systems turn to ADHD diagnosis and treatment in order to maximize test scores with “attention-enhancing” medications or special testing accommodations to ensure they do not see the negative impact of school accountability laws”.

Overtime, the researchers observed an increase in ADHD students across all socioeconomic groups leaving no child left behind. Michael Manos, Ph.D., head of the ADHD Center for Evaluation & Treatment at the Cleveland Clinic, pointed out that technology can “cause symptoms that are similar to ADHD, even though they can’t cause ADHD itself.” It’s one thing to ‘have ADHD’ and another to show symptoms of ADHD. Unfortunately, both people experience the same symptoms, but one group can control it through mitigating use of technology. 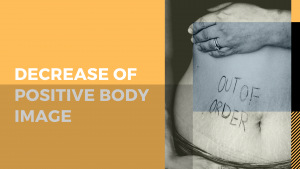 While very little research has been done on how body image changes with social media use, the Young Health Movement (YHM) put together a fascinating report (#StatusOfMind) that aims at answering that question. In the report, the researchers ranked social media platforms based off of harmfulness. The highest ranked was Instagram while the lowest ranked was YouTube. In the same report self image was also unpacked revealing how self-image shifts with social media use.

While the report was unable to have a cohesive study looking at different cohorts and social media use, they were able to capture a few interesting stats that suggested self image problem. The first stat, stated that 90% of teenagers girls want to change their appearance. While many would argue that is not a surprise because teenager girl face a lot of body image pressure growing up, the study revealed a few alarming follow up stats. Next the report cited research that girls would have an increased desire to change their appearance after being on Facebook. In addition, 70% of teenage girls consider having cosmetic surgery to change their appearance. With the amount of time that people spend on social media, it’s necessary for people to look into what is happening on a deeper level. Unfortunately, a desire to change the way you look is usually caused by a negative perception of how one looks. 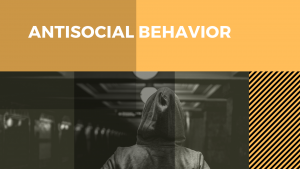 If you were paying attention closely, you might have noticed that the study referenced in the depression point, found a 500% increase in antisocial behavior in their ten-year cohort study focusing on anti-social behavior in Millennials. There are also numerous studies that focus on antisocial behaviors with technology addictions internationally. For instance, one study looked at internet users in Hong Kong finding that many internet users experience symptoms that have addictive-like symptoms which include the inability to form close personal relationships. 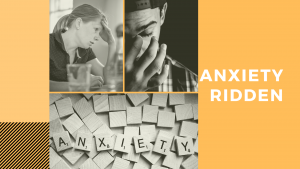 Johnathon Haidt in his book The Coddling of the American Mind, pointed out a fascinating paradox with anxiety. In the book, Haidt and his co-author point out six different trends or causal threads stretching back to the 1980’s in how we were raising kids that meant that the kids born after 1995. There conclusion – if people fail to put themselves into uncomfortable circumstances, makes it harder for people to cope leading to higher levels of anxiety.

The NYU professor, Haidt originally was focused on the changing political landscape on universities and the new manifestation of safe spaces. After publishing the book, he followed up on an article in The Atlantic that has been said to be the most widely-read article in the history of the publication entitled, “How Trigger Warnings are Hurting Mental Health on Campus.” Haidt argued that students are now coming to campus lacking the ability to address different points of view. Many campuses usually have the top one percent. Usually they are overprotected and crammed a whole bunch of academics before qualifying to get into college.

By comparison, Haidt pointed out:

“Whereas the bottom third is much more of the working class and kids born into poverty. There is a lot more spanking and a lot more strictness. These parents have “natural growth parenting.” Kids will grow up to be grownups. You have to protect them from certain things like harm and crime, but otherwise you leave them to play and you leave them to do their own thing. And this is healthier. But the problem is that kids born in the bottom third are exposed to a lot more trauma, violence, and family instability. So they have a very different set of challenges.”

Essentially, college students who are usually in better socioeconomic circumstances, tend to have a much different psychology.

“ The upper-middle class, which is exposed to very little trauma comparatively speaking, is the one that has been mostly overprotected. So it is not just the top one percent. Our four-year colleges are filled with kids who have been raised with this “concerted cultivation” idea. And while the concerted cultivation is probably good for their mathematical and reading skills, it often comes at the expense of their social skills. This is one reason why depression, anxiety, suicide, and self-harm rates have been skyrocketing since 2011.”

Now, with the different psychological make ups, where does technology play into this equation? Turns out social media. When a student or even a professional would say something stupid several decades ago, people would usually laugh, get offended, but then drop it. Now, many of these ‘social mistakes’ are broadcasted on social media. You can imagine how that would play a role in a classroom. Any mistake that someone makes, its broadcast on social media and thrown into the sea of permanency. People are forever branded with their biggest mistakes.

What this inevitably causes is a hypersensitivity vacuum. If you say something out of place, someone can upload it to the digital world, and the faceless social media mob will enforce justice. Hence, people begin to fear what they say on a day to day basis, driving up anxiety and also preventing face to face anxiety coping skills.