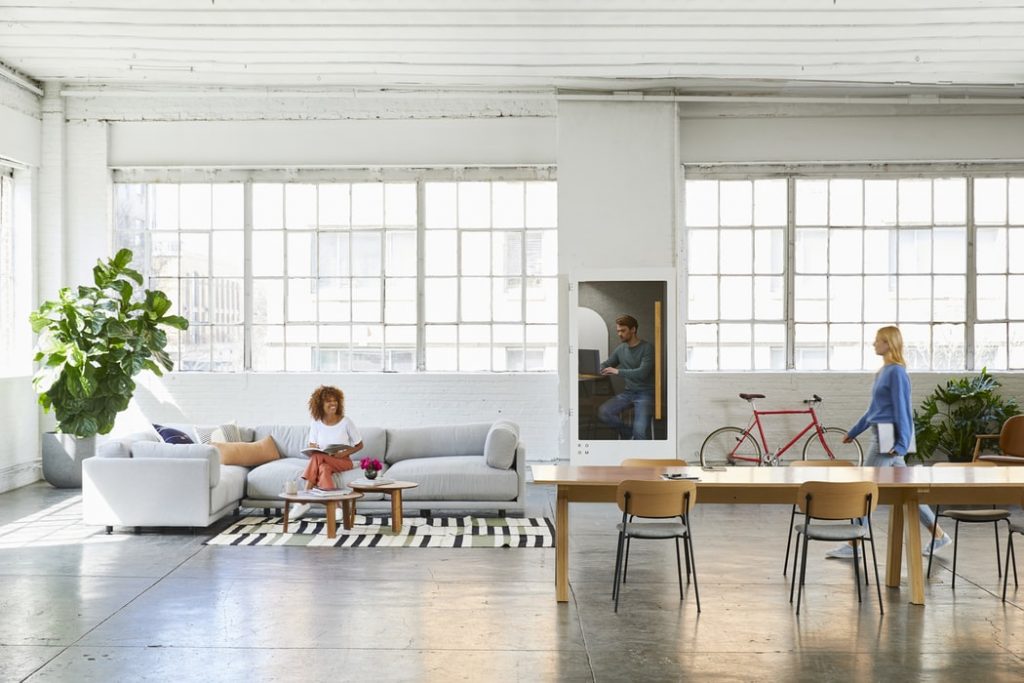 Hate or love them, the open floor plan always makes a polarizing topic. On one hand, people argue that open floor plans allows better communication and make the internal culture appear more transparent. On the other, experts argue that these progressive approaches to the workplace can destroy productivity.

As an introvert, I have mixed feelings about open floor plans. At 18, I saw my first cubicle field or rather closed floor plan. Around 3 pm I peered into the cubicle-filled room at a public technology company, NetApp, in San Jose, California. It was across 20 cubicles across and 30 deep.

I couldn’t see much other than the endless walls of cubicles, but I could hear the computers humming with thousands of fingers dancing across their keys. It reminded me of the science fiction movie, The Matrix where humans were put in circular pods in expansive fields and were being harvested for their physical energy. All you could hear were the heart pumps of the human slaves and the humming of the machines that cradled them. At NetApp, the employees sat in cubicles instead of pods, were being harvested for their intellectual power instead of physical power, but fortunately, they were all being paid handsomely.

On first impression, I believed the close floor plan or less formally ‘cubicle field’ was inhumane and should be abolished. “Tear down that wall” as Nixon once said, but in this case cubicle wall! However, when I joined the workplace, I found I actually preferred a closed floor plan.

My first job consisted of working for a startup in an open working space within the shared workplace company WeWork. The main part of the building where we worked looked like a high school cafeteria. Everyone sat on benches and were able to make contact with everyone in the 10,000 square foot room. If the occasional eye glancing wasn’t distracting enough, the building also had dogs, where one found its way into my backpack and ate my lunch.

I wanted a place to work and focus on what I was paid to do- code. After everyday fighting off constant distractions of people moving around the room, team members asking questions, or dogs trying to steal my food- I had enough. At that moment I realized that the open working environment helped me better communicate with team members, but restricted my ability to focus. I just might prefer to live in the Matrix.

But do other Millennials share my opinion on this? Open floor plans are usually associated with Millennials due to the office structures broadcasting collaboration and inclusion. However, in order to answer that question, we need to understand a bit more about the cubicle field’s history.

WHEN DID OPEN FLOOR PLANS START 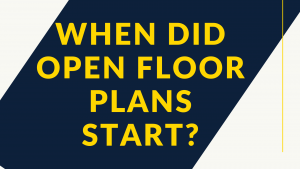 An open floor plan, concisely the architecture design where ‘traditional spaces’ are joined together through the elimination of walls started quite a long time ago. It turns out, contrary to popular belief, the typical floor plans that required people in rows and designs of communication were disrupted in the 1960s. Well before the years of Millennials. Alex Marmot, professor at The University of London stated that in the 1960s that “dominance of open-plan offices came with the growth of office-based jobs.” During this period, there was also a shift in workplace structures turning more democratic than hierarchical styles. Due to these shifts, offices started to experiment with different ideas, one of them – the open floor plan.

In the United States, some of the first companies to experiment with this floor plan were Bell Systems and Intel. These companies were trying to facilitate more ‘organic’ conversations to better produce more innovative ideas.

Hence, Millennials were no one near the open floor plan’s birth. Interestingly how the two commonly get inflated with one another. But do younger employees, specifically, Millennials prefer to have open floor plans in the workplace? And if they do, how do you go about meeting this desire? 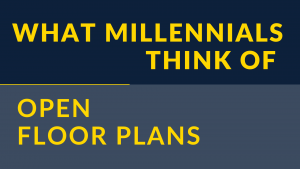 To kick things off, it’s important to know that: 70% of offices in the United States have open workspaces

Even more interesting, Gallup found out that 37% of employees would prefer to switch jobs if it allowed them to work remotely occasionally.

HOW COMPANIES ARE ADJUSTING 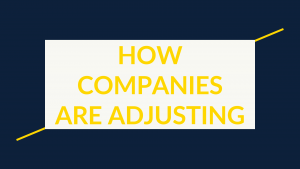 The tech sector has been leading the charge with open working environments, but over time they found them to hinder employee performance. As a recoil adjustment, they now create workplace environments that feel flexible but are not completely open. This flexibility consists of offering some private space, as well as open, in addition to remote work options. Turns out from 2012, only 39% of the workforce could work remotely but in 2016 it rose to 43% according to Gallup research. Recently the real estate and finance industry have dramatically implemented remote working, accounting for some of the largest remote work changes in their workplaces. In fact, these industries rose to about 47% while the tech sector remains a few points head at 57%. 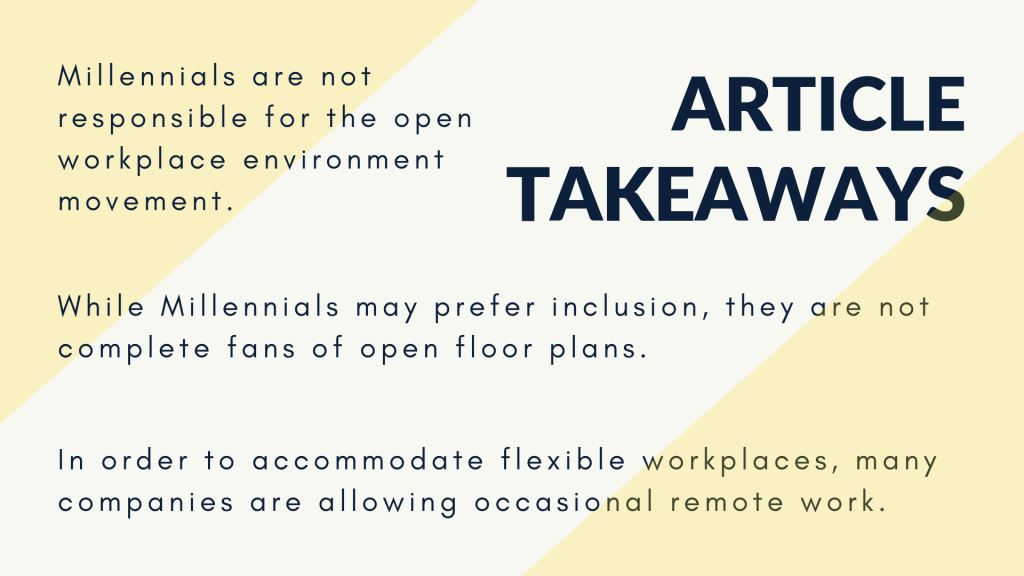