Is a Multi-generational Workforce Really a Competitive Advantage? 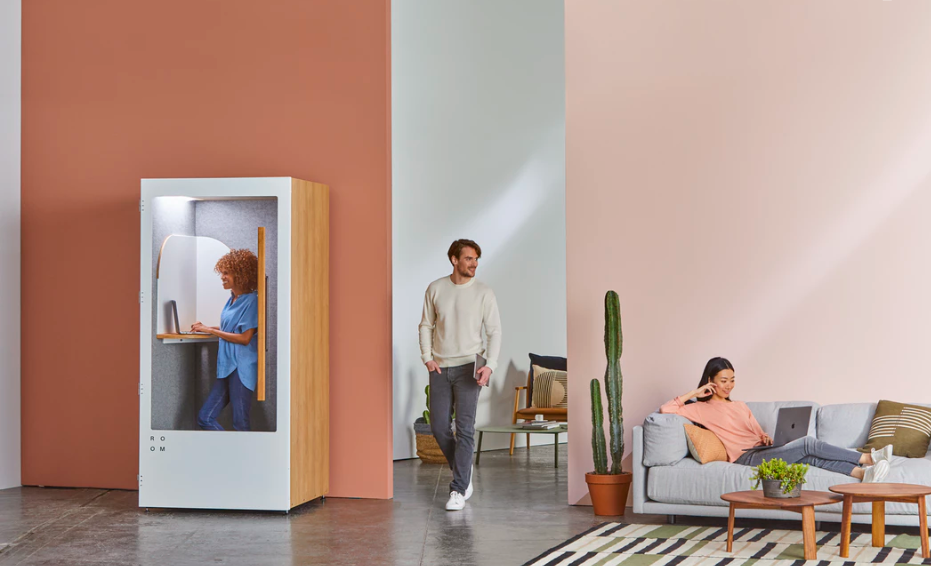 To cut to the chase, the answer is: yes and no.

By itself, a multi-generational workforce won’t make a company better. These types of workforces fall under the umbrella of diversity workplaces. Today, diversity is the talk of the media. New buzzwords such as ‘Chief Diversity Officers’ and ‘Inclusion Programs’ are becoming the norm in the workplace. In fact, 20% of Fortune 500 companies now employee diversity officers that provide training sessions and actively promote inclusion in the workplace.

As someone who actively speaks on workplace generations, I have observed a large push for diversity but focused on gender, sexual orientation, and ethnicity rather than age.

For instance, take a look at this picture from an Entrepreneur article: 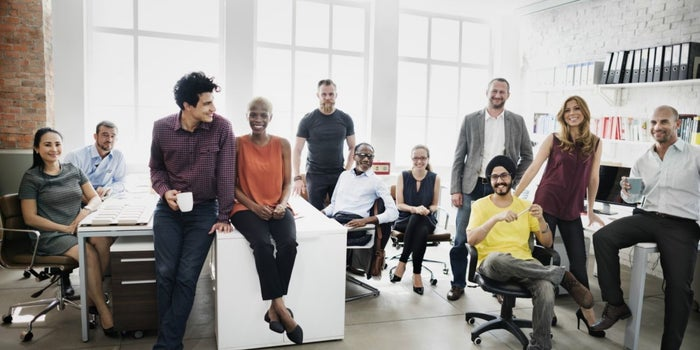 It’s difficult to tell, but it seems that only one person in this picture is older than 50. Usually it’s an afterthought, but age is probably the biggest variance in the workplace, but least discussed.

The main issue that the diversity movement attempts to solve is the homogeneous culture issue. Essentially, cultures that seem to have too much of a particular cohort represented in juxtaposition to the current population. For instance, my company mostly has female employees. While this lopsided sex representation did not manifest through conscious effort, it in fact, formed from a few female employees recommending their friends to join the company. Hence, as one demographic starts to manifest itself in a company, it has a great possibility to attract similar demographics. The diversity movement in these situations attempts to equalize the cohort representation to match the general population.

Note, the argued benefit for diversity is:

However, while utopia-like this ideal is not be as easy as it sounds.

THE ELEPHANT IN THE ROOM 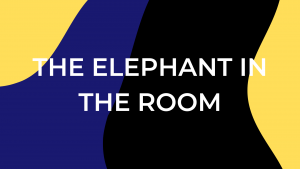 Now, what do I mean by better: that the organization operates more efficiently and improves its bottom-line results. Why? Because simply having different people in the workplace mean that more diverse ideas can be utilized to solve a problem more efficiently.

But are there cases where multi-generational (diverse) workplaces can be effective?

In addition, organizations typically have issues with age-clustering, essentially different levels of companies tend to have more of one age than another. For instance, older leaders running the company while entry employees tend to be younger.

Usually though, senior leaders know what to do with a good idea, and younger employees have many ideas but don’t know which is useful. However, if the senior leader knew of the idea, they would be better suited to assemble the resources to implement it. So how do you get those ideas in a diverse workplace to act on? Here are three things you can do to improve the idea flow in your organization: 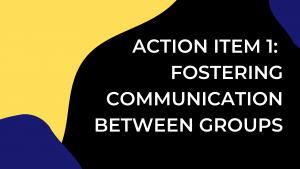 Do you have consisted one on ones, brainstorming sessions, or mini hackathons where people can work on their ideas? If you don’t you should start. It’s rare for employees to volunteer their ideas at the expense of possible ridicule and criticism. In that case, leaders need to create scheduled time where these ideas can be shared.

A further complication is that older employees tend to be more senior than younger employees which means leaders need to figure out how to have opportunities vertical in the organization hierarchy. In order to solve this problem, CEOs like Jack Welch have experimented with Reverse Mentoring, when a younger employee mentors a more senior one, to increase knowledge transfer. Within 48 hours of hearing the idea, he made it mandatory for his senior leader to choose someone to mentor them. Why? He knew the benefit of idea flow in his company. 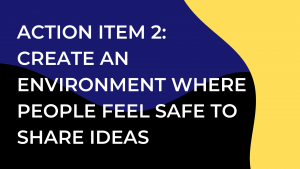 If you open up the channels for communication, you also need to create a culture where people feel safe to share ideas. Unfortunately, this does not mean asking the team after the ending of the meeting if they have any questions. Usually, it starts small such as holding one on one meetings and asking for their feedback. After an employee begins to share ideas with their manager and realizes there is value to their perspective and they won’t be ridiculed for it, you will probably see them offer ideas in meeting with other employees.

Another approach is the long term actions of the most senior team leader. During meetings, employees occasionally offer ideas and suggestions, how the leader acts will determine if others continue to offer ideas. If you are the leader, watch yourself on how you react to new ideas. That could single-handedly be the reason why people are/aren’t becoming more engaged in meetings. More than anything, the culture is focused by the leaders in the organization and if they are not open to new ideas, then there is no way a company can leverage the diversity of opinion.

ACTION ITEMS 3: OFFERING OPPORTUNITIES FOR EMPLOYEES TO WORK ON THEIR IDEAS INDEPENDENT OF THEIR TEAMS 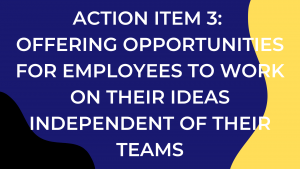 Companies like 3M and Google notoriously have created opportunities for employees to work on their ideas. You know the Post It notes? That was developed by an employee during non-working time. Familiar with Google News or Gmail? The same thing happened, an employee developed these ideas during the non-working hours. One of the biggest reasons why the manager’s turn down ideas is that many ideas are great, but never executed on. By providing opportunities for employees to exercise their intrinsic motivation and built an idea into something tangible, they will consequently show their peers that they are serious about their ideas.

CAN DIVERSITY BE LIMITED TO ETHNICITY, SEXUAL ORIENTATION, SEX AND AGE? 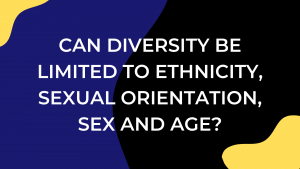 No, even though the media makes it out to be. Diversity is the variance of a particular way to measure a cohort. In today’s workplace diversity usually revolves around attributes that people can actively see: race, sex, age, etc. However, there are an immense amount of ways to splice and dice the diversity of a particular group. For example: What about socioeconomic? What about different personality scores? First/Second generation? Intelligence Quota?

If you measure companies like Google based off of the variables above the diversity is quite low! Sometimes even with age diversity can be very low but companies don’t actively try and diverse it. Interestingly enough, age has near-zero correlation with job performance, so by definition, it should have an equal variance to the number of applicants.

So yes, a multi-generational workforce can be extremely effective, however, leaders in the environment must create ways to make ideas spread, be evaluated, and acted upon.