5 Signs That You Are Way Overqualified For Your Current Job 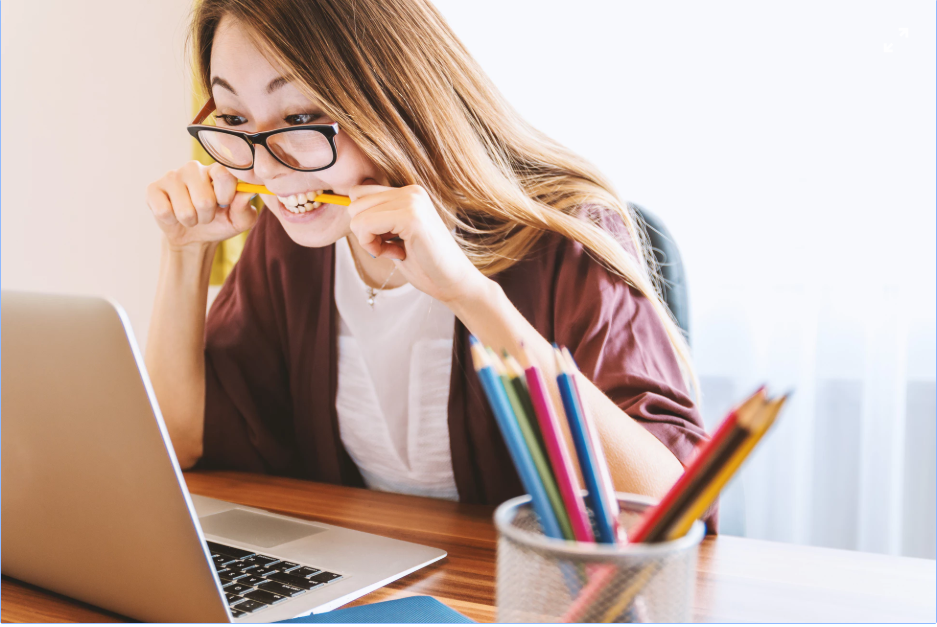 What is worse than working a job you hate?

Maybe it’s working for a job you are overqualified?

But what’s even worse than that?

Answer: When you know you have the skills to earn more.

Unfortunately, overqualified employees happen more frequently than most people know. Turns out nearly half of people are overqualified for their current position according to a study covered by USA Today. Now, this does not mean that all qualified people working in white collared offices should be immediately moved to the corner suite. But it does mean, according to Matt Moberg who provides training for Cleaning Management Institute, that there simple jobs like janitors have extremely overqualified (4-year degrees) employees.

There are two systematic causes for people being in jobs they are overqualified for. The first is supply and demand. During the economic recession periods, jobs that usually people pass by such as a janitor or administrative positions, fill up with overqualified candidates out because of the demand has dried up for certain positions. For instance, 2.6 million people lost their jobs during the 2008 recession. That means, that all 2.6 million people had to find jobs that were at or below their qualifications in order to accommodate to the job market fluctuations. This means pushing out less qualified candidates.

The second major for overqualified employees is that jobs are made for business functions, not people. A position at a company does not grow and expand the way people do. Humans have a part of the brain called the cerebellum that is responsible for people’s desire to learn and constantly expand. Unfortunately, constant expansion is not in the job descriptions for many job positions on the market today.

So how do you know if you are overqualified for your job? Here are five things to look out for:

1. YOU ARE BORED WITH NEW ASSIGNMENTS 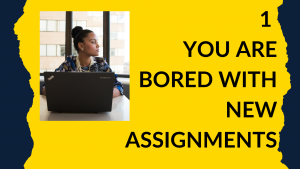 Mihaly Csikszentmihalyi Ph.D. famously created a theory that summed up how one of the most happy mental states someone could feel called ‘Flow’. In order for this mental state to occur, one needs to be in a balance between challenge and task skill. For instance, start a job where you have zero experience such as moving boats across the lake, for the first week or two, you would be challenged and would probably enter the mental ‘Flow’ state. However, as your skill increased because you learned how to overcome challenges, eventually those ‘problems’ would become trivial and boredom would set in. If you consistently find yourself board with new tasks at work, chances are, according to Csikszentmihalyi, your skill has exceeded the level that the task has required.

The worst part about this concept is that, once someone learns, the job activities still needs completion. Hence, employees often need to find new and challenging tasks to complete rudimentary tasks. Unfortunately, that is not always possible.

2. YOU TAKE OTHER PEOPLE’S RESPONSIBILITY TO KEEP BUSY 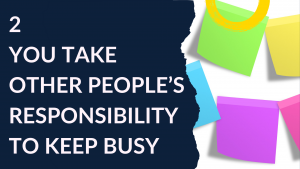 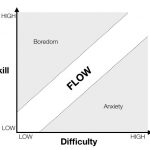 Why people do this can be stemmed from Csikszentmihalyi’s ‘Flow’ concept. If you find yourself taking on other people’s responsibility, it often is thought to be quite negative. You have to spend more hours at the office. Other people on the team are not working as hard. Worst of all, you’re not being compensated for extra work.

However, even with all these negative side effects, something very positive happens.

Back in 2013, I had ad hoc meeting with the Lithium Technology, (a billion-dollar revenue software company) with their Chief Technology Officer. The executive told me that “in order to be promoted you already need to be seen as the title before you are given the title.” That means, contrary to popular belief, to be promoted you don’t just work hard at your job, you will eventually increase your responsibility until it overlaps enough with the next position in line, where a promotion becomes a no brainer.

By taking on more responsibility you position yourself for a promotion.

3. YOU KNOW MORE THAN YOUR BOSS 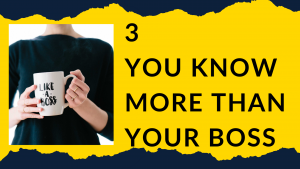 If you feel you can handle your boss position, guess what? You are on the side of the majority. ResumeLab, a research firm that looks into workplace complexities, surveyed over 1000 employees asking if they thought they knew more than their boss. Guess how many said they knew more than their boss? 61% felt that they could handle their bosses’ day to day responsibilities. In addition, 23% of Millennials in the same study stated that they felt they were more qualified than their superior for the same job.

So do you truly know more than your boss? Unfortunately, unless you have been in their shoes, cannot truly say. In leadership, it is often said, you don’t know what you don’t know. However, if the case you have tangible proof where the boss was wrong, and you knew the correct answer, then you can fall back on the previous point. Your knowledge will soon rise to the level of where you are in a company.

4. YOU ARE THE HIGHEST PERFORMER ON THE TEAM 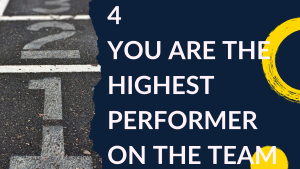 There is a common English, sang that say “if five of your friends are broken then you will be the sixth one.” The same truth of the people you are around with determine your level also pertains to workplace performance. If someone who you are able to outperform everyone around you, then you definitely doing something right.

In addition, the Pareto Principle points out that 80 percent of the results are derived from 20 percent of the causes. In this case, you are apart of that small group that is responsible for most of the team output.

However, while you may be the best on your team, it does not necessarily qualify you for a management position. As Michael Gerber in his book, The E-Myth Revisited points out that managers have a tendency to promote the highest performers, not the best managers. Unfortunately, not everyone who is a strong contributor will also make a strong manager. However, strong performers are usually considered for promotion.

5. YOU OFTEN HOLD BACK WHAT YOU KNOW 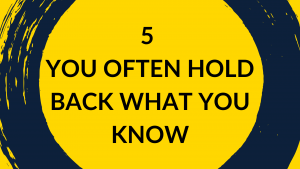 Have you ever sat down in a meeting and held back what you truly knew in fear that others around you will be intimidated? Or better, you will come off as a know-it-all?

In this case, looks like you might be overqualified for your position. However, before you jump the gun and quit, or ask for a promotion, there are a few things to take into consideration.

Reason being, many people hold information back because they don’t want to be criticized if that is for being a know it all. You need tangible proof that you know what you know is right. The mind has a way of deceiving itself, and the worst thing you could do is irrationally conclude your knowledge.