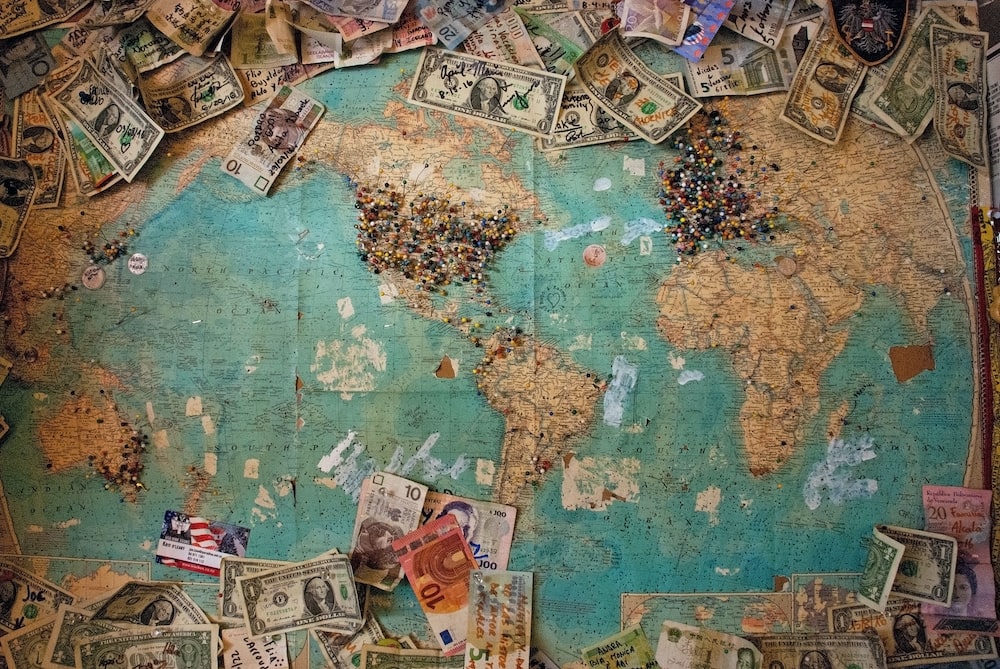 Are you ready for 4 to 5 figure checks from just speaking? For most of us, who haven’t survived a life-changing accident or haven’t been featured on Real Housewives, the upper bounds for speaking rates are in the low 5 figure range. Hearing that would probably excite people, and in some cases, it’s worth getting excited about. Who wouldn’t enjoy getting paid $10,000 for 1 hour of speaking?

Unfortunately, a $10,000 speech doesn’t mean $10,000 in the bank. Most people think $10,000 from a speaking engagement means weekend shopping or buying a motorcycle in cash. In this article, I wanted to reveal what $10,000 amounts to after everything is said and done. For the person who so happens to be offered a gig, which also has another source of income, this won’t apply to you. However, for all of the people looking to get into speaking or are full-time speakers, this article will help serve as a reminder for what speaking fees amount to.

Breaking Down the Numbers

Imagine that you are in a scenario where you get booked to speak, and for that hour of speaking, they hand you a $10,000 check. Sounds fantastic, right? Let’s break down a little more what that means. Below are a few items listed out on the crucial parts of what goes into the $10,000 speaking gig.

Some events cover travel, and others don’t. Either way, the dollars come out of the organization’s bank account and into yours. Typically travel can cost $1,500 for cross country travel. Side note on that, this is for economy flights, not first class. You get to wait for half the plane to board before you can get on – No warm towels, or unlimited snacks. And if you are lucky in the economy, you could end up not sitting next to anyone, effectively winning the economy flight lottery.

Unbeknownst to most people not in the speaking industry, travel ranges beyond the flights. Obviously, there are circumstances where other fees can jump in like if you need to ship books or have to take a ferry, but for now, let’s keep it simple. Below is some simple math looking at the cost for travel overnight to an event, and flying back the next day. Effectively two days and one night of the trip:

So you are roughly looking at $370-$4,500. If you are lucky (the event close to the airport or event is a short flight), you can get on the low end. However, if the conference is tricky to get to and you like traveling in style, then you can lose almost half of the speaking fee to go to the event.

Whatever is leftover from the speaking fee now gets taxed because travel costs are an expense. Oh yes, that lovely thing that people seem to forget when a check is in your hands. The sad reality is that not all that money is yours if you want to avoid the IRS knocking on your door. As a small business owner, you need to pay a little business tax, state tax, and government tax. Depending on what state you are in, this can vary. As my grandfather likes to say, he is conveniently located in Vegas to avoid any state tax.

At the very least, you will need to give some entity 15-50% depending on your income bracket and state. Now some would argue that you could pay 0% if you hit no profit margin. While there are cases where people don’t have to pay taxes on speeches because they have expenses, it’s not a common scenario. Hence, we will go with 15-50%, which is your profit margin:

Reinvest, Save, or Spend?

When running a speaking business, you would need to look at a speaking fee as something that you pay your bills with, but also keep your speaker engine flowing. One of the difficulties in this business is realizing that there are highs and low parts of the season. What this means is that there will be months where revenue will drop significantly, and if you haven’t plotted the right finances, it could end up in red territories such as not being able to pay employees or bills. Below are a few examples of high and low months for booking speeches for the corporate speaking world:

In the corporate speaking world, the summer months, and December really start to slow down bookings. Unlike industries like comedy where there is a lot of business flowing in December. From a financial point of you, that means you can’t burn the cash.

Granted, for those who have read The Richest Man in Babylon, you probably know that ‘20% of yours is only for you to keep [invest].’ That means, investing wisely, you need to put aside some money for retirement.

In addition, you need to pay expenses which we will say 40% (which is a really good ROI if you consider that is how much it costs to get the gig. However, this can significantly range based off of the individual. At the beginning of someone’s career, the cost to acquire an engagement is higher because the referral business is lower.

Yours to reinvest in your business: 40%

With this, only 40% is yours which significantly slashing your fee but guarantees you a long term strategy.

Again, it’s another trap that most people don’t consider. It can take hundreds of hours to put an excellent keynote and months on the road practicing it. The money left over is worth it when you don’t have to do work initially before the event. In the beginning, there is a ton of time on content creation, joke creation, searching for case studies, and bridging the overall flow of the keynote. Hence, in the beginning, with time being money, your keynote net profit would be effectively zero. On the other hand, unless you have been in the industry for years, it only takes you maybe 10 hours to put together a decent keynote and recycle a bunch of jokes. But that also means that slides have to be created. Hence, someone just started in the speaking world will be losing much money preparing for the keynotes.

This same law applies, for example, when people say that they ‘flip houses’ and they tell you the margin is the price that was bought for, and then the price they sold. However, they conveniently leave out the fact that they worked day and night to flip the house. If they added the hours they worked, as a basic hourly salary, the net profit would be effectively zero or a lot less. Which brings up the point, why even flip houses if you can get paid for something else with less stress?

.No matter what the level of the speaker, the calendar is always their master. If there is a booking, no one else can book that date. It also means that the individual cannot engage in other money-making activities that day unless their travel arrangements are quite accommodating, which is often ‘not really’. However, this only applies to speakers who have diversified incomes that involve their direct attention. Those days that they are speaking costs money in the form of opportunity cost

Some people imagine that a speaker is someone who cashes big 4 to 5 figure checks after each engagement. However, the reality, as you probably observed, is a lot glummer. Just like other professions, speakers have to pay money to keep their business afloat and pay the bills just like everyone else. When considering these extra expenses, the speaker fee after everything appears, well, not glamorous. However, do not get discouraged by this reality. Being a speaker can be an enriching experience personally and monetarily fruitful if you know how to run a business.

If you are interested in giving speaking a go, here is where to find speaking engagements.