Why There Continues to Be Generational Division in the Workplace

Experiencing generational division in society is no new problem, in fact, it was documented thousands of years ago when Socrates infamously complained about the younger generation being spoiled. And yet, people continue to talk about these differences as though they happened yesterday.

So why are we still fixated on a millennium-old problem?

Differences divide, division creates polarity, which manifests buzz. A perfect media tool to generate extra viewership at the exchange of pitting people against each other.

This week, I read an article by The New York Times which describes a common narrative with an older generation (this time it’s Millennial), working with Generation Z. Unfortunately, most of our opinions about generations that don’t come from personal experience tend to come from the media. As a marketing tool, the media continuously divides generations for viewership exacerbating the issue.

This post critiques a recent article titled The 37-Year-Olds Are Afraid of the 23-Year-Olds Who Work With Them by Emma Goldberg (October 28, 2021) to showcase how a simple article in the media can exaggerate employee differences in our work rather than uniting them. Hopefully, through this critique, the tactics that garner viewership but divide will become more apparent so you won’t fall prey to them in the future.

Starting at the first sentence, my eyebrows raised- not the best start, but let’s take a look:

“As a millennial with a habit of lurking on TikTok, Jessica Fain understood that skinny jeans and side parts were on the steady march toward extinction.”

First off, fashion doesn’t become extinct, it cycles. Anyone who knows me personally knows that I have as much taste in clothing as your average engineer, so hopefully more people know about fashion cyclically than just myself. For those of you not aware of this perpetual culture cycle, check out the difference of basketball short length overtime:

As you may notice, the short shorts of the 70s are making a comeback today. I remember when it was a fashion crime in basketball to have your shorts above your knees so myself and many of my peers would pull our shorts down, practically tripping ourselves as we attempted to appear ‘fashionably attuned’.

Fashion cycles, as do dividing concepts such as generations in the workplace cycle with time. Decades ago it used to be Baby Boomers, then it was Generation X, several years ago Millennials, and now unexpectedly- Generation Z. Just because it is fashionable, doesn’t mean it hasn’t happened before.

Unfortunately, this tactic of shrinking a timeline to divide people plays on the assumption that people are not aware of what happened in the past. As George Orwell famously stated in this book 1984 “who controls the past, controls the future.” Maybe if society only existed for 15 years, people wouldn’t notice the difference. With a little knowledge of history, you would see this as a polarizing tactic than a new cultural phenomenon. Watch the time, someone is trying to control it.

A few paragraphs later, Goldberg jots down an interview with a Millennial [Ms. Fain] about her experience working with the younger Generation Z. Ms. Fain, in attempting to understand her younger coworkers looks at what her generation [Millennials] are known for:

“Ms. Fain is old enough to remember when millennials determined what was in vogue: rompers, rose pink, craft beer, Netflix and chill.”

What drives me up the wall about the statement is that it lumps a generation [15 years of people] together and states this is what they do. Trying to condense people into a 15-year cohort regardless of ethnicity, socioeconomic class, culture, etc, takes quite a bit of reductionism. For example, if you are semi skeptical about horoscopes (if you are born in x month, then you have y tendencies) then you should know that generation stereotypes are roughly 300 times less accurate. Why 300? 15 years x 12 months = 300. A generation stereotype covers 300 times the space as a horoscope.

The individuals who she is probably referring to are the ones that are probably around her peer group- individuals working in a highly dense city that have a successful job. What she is probably not referring to is the Millennial in New Orleans who has to support a single disabled parent at the age of 20. Do you think the New Orleans Millennial cares much about craft beer and Netflix as much as paying the bills and taking care of their parent? Probably not, which demonstrates how easy it is to point holes in a 15-year stereotype.

In fact, I didn’t even know what ‘rompers’ were, so I had to Google them- so Millennial of me. Hence, if someone makes a wide sweeping generalization about a group, try to think of edge cases, or situations where that doesn’t apply. Very often you can poke holes in those assertions.

Tactic 3- Correlation Does Not Imply Causation

Halfway through the article, Goldberg reflects on how age differences can play a role in remote work and paid time off preferences. In her example, she interviews two Millennial founders and their reaction to managing younger Generation Z employees. She recalls:

“He and his co-founder were accustomed to spending late nights in the office obsessing over customer feedback and sharing Chinese takeout. His youngest employees preferred to set their own hours.”

As someone who is a founder, I can tell you firsthand that setting your own hours has almost nothing to do with age and more with responsibility. Watch a Generation Z entrepreneur start their own company and it will definitely match the number of hours as the two Millennial founders above. The assertion here appears that younger generations want to have control and flexibility over their work schedule which probably has less to do with Generation Z and instead, that being everyone. In fact, the better question would probably be- who wouldn’t want that?

Unfortunately to Generation Z, the assumption brought upon this statement is that younger employees prefer to set their own hours, and won’t be up late working in uncomfortable circumstances [to make more clear Chinese food is not uncomfortable, but being up late is]. There are various articles and studies pointing to founder anxiety and depression and a lot of that is due to the number of hours that they have to work. Freeman in his widely cited study about founders points out that in a study of 242 entrepreneurs 72% reported more mental health problems than the control group. As a founder, you can set your own hours, but there is a high price to pay if you don’t show up when needed. The writer erroneously concluded that the preferences of structured time were a generational preference rather than a role.

Tactic 4- Expressing One Side

Near the end of the article, Goldberg presents a very difficult situation where a manager faces a lose-lose situation. What I found alarming about this situation is that the header states ‘These [Generation Z] are political tomatoes’. Are all of them [Generation Z] tomatoes, or just one side that was used in this story? 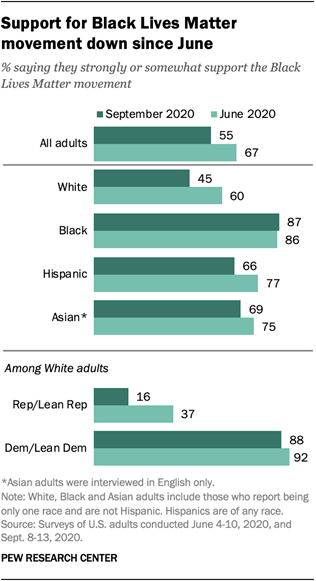 “Ms. Rodriguez’s co-founder at Unbound, which sells vibrators, called to say that their social media manager, a younger employee, wanted to know what the company planned to do to support the protests. Ms. Rodriguez didn’t usually receive calls on the weekend; she knew that for her employees this signified a state of emergency. But she also wanted time to plan the team’s response. Within days, her company hired a diversity, equity and inclusion firm to offer employee trainings and started a fund-raiser for a group supporting sex workers of color.”

Whether you think Ms. Rodriguez made the right decision or the wrong one, there is a price to be paid either way. According to Pew Research in September 2020, the support for Black Lives Matter protests ranged at 55% that had some support, and 29% who strongly support the movement. Now, whether you are for or against this movement is beside the point, the bigger point is, if a corporate entity makes a stance, then you can effectively draw your employees in roughly halfway down the line, ones that support the decision and others who do not.

When uniting people who have a variety of backgrounds, usually there is a common opponent (us versus them). You can witness this in sports quite often or even in movie arcs. The background of the players or viewers for that matter doesn’t matter, but what is important is that ‘we’ will do our best to beat ‘them’. Now, back to the original point, if you take a stance on something political that can divide your workforce in half, you can disassemble the culture you worked so hard to build, pitting one against the other. Why I find this so complicated here, is that if the manager or leader does not take a stand can also face external stakeholder repercussions (as known as) people mobbing them on Twitter. Either way, the manager has to pay a price.

I don’t think it’s a fair assumption to say that all of generation Z are ‘political tomatoes’. Maybe some, but not all. It’s been to hear both sides before making a conclusion.

United We Are Strong, But Divided We Fall

Probably the most common leadership quote cannot be more true here. Make sure when reading information about the workplace that you watch out for these media tactics that are used to stir and divide your team. It could be as slight as skewing some data, or as large a sweeping generation. Other times it’s pretty explicit as the way the author wraps up her article:

“Her company culture has relaxed even more, she added, since the departure of her oldest employee, who was 48. ‘Now everyone feels safe to be a little more weird.’”

Why are we celebrating people who are in their 40s leaving the company? Don’t let this split apart your team.