Jeff Butler spoke at the TEDx event in Hilliard on Thursday, August 12th, 2016. His 12-minute speech was entitled How Smartphones Change the Way You Think and it is featured here for your review, along with the full transcript.

The full description and transcript of this TEDx Talk is included below the video.

Jeff has spoken at various events around the world focusing on technology and workplace generation dynamics. You can check his availability to speak at your event by contacting him, here. 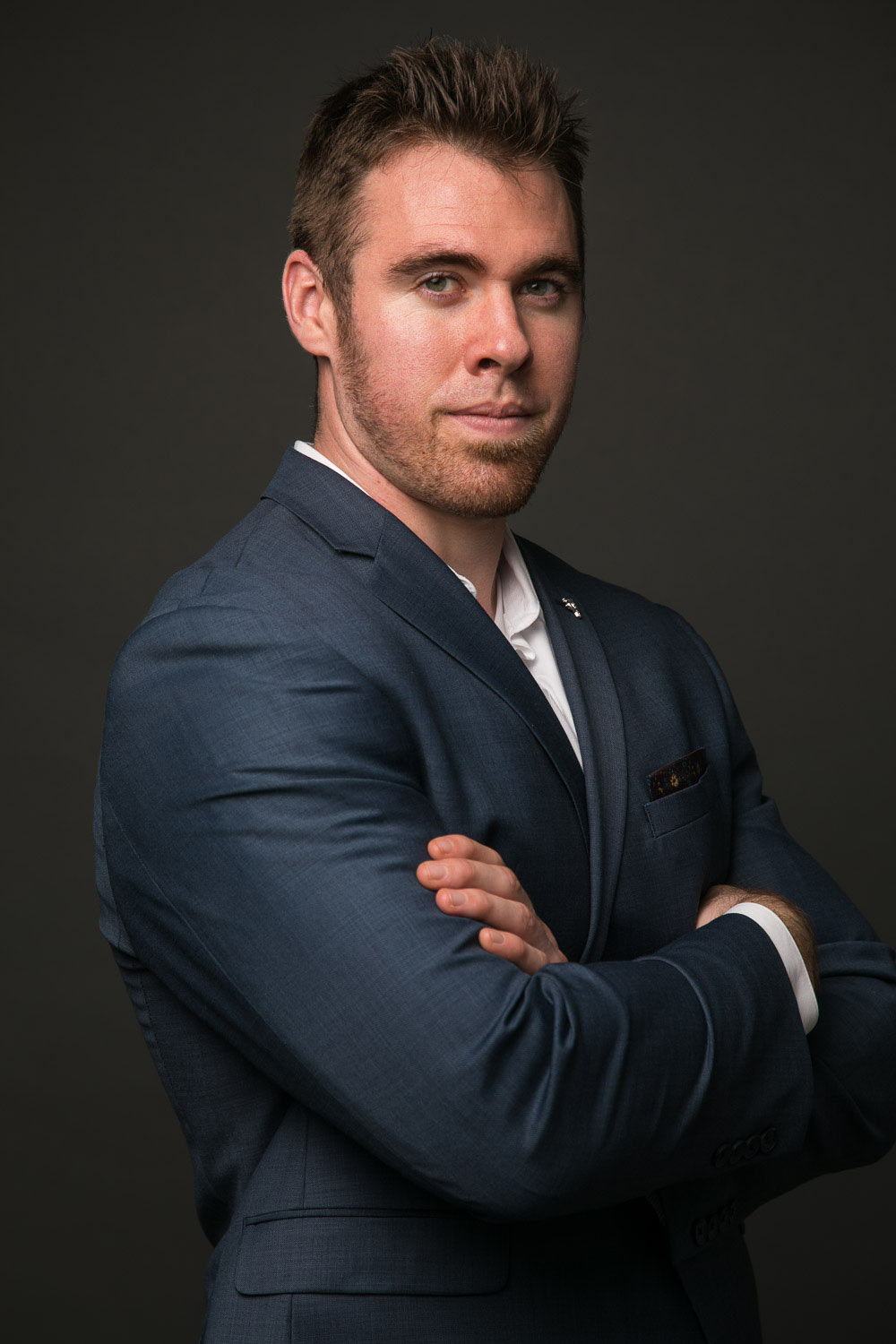 Trusted By the following organizations

Jeff has been featured in

Welcome to Jing Zhou, China – A booming city with many local attractions. It’s a sunny day aside from a light smog and noisy from the traffic zipping by on the busy street.

A woman walks hand-in-hand with her two-year-old-son. She’s excited to start her weekend shopping spree. The two of them sit down at a bus stop and wait for the oncoming bus. In order to pass time, the mother pull out her smartphone and starts to play games, but after a short while the mother hears a loud crack. Startled, she looks up and realizes she’s missing something: her two-year-old-son. She then looks in the direction of the crack to find her two-year-old son is bleeding to death underneath a white van. Her son ran out when she was not looking, he was immediately rushed to the hospital but did not make it in time, leaving the mother roadside weeping. – This is a true story from the Shanghai Chronicle.

And that is why I am here today to talk to you about: Why are we so hooked with our smartphones? This talk will be divided into three different parts.

The first part is: How I began studying smartphone usage.

Second is: How do you get pulled into using your smartphone

And third, but last but not least, our tips that you can use after this talk to have a more empowering and efficient relationship with your smartphone.

Now it’s pretty easy to scalp out someone who stuck their smartphone, many of us have an image of someone walking across the street, unaware of the surrounding playing the game like… I don’t know, Pokemon go?

This might be funny but it’s a different story when it happens in your own life, recently I took a big financial risk. I quit a day job in the pursuit of my entrepreneurial dreams. But it was not a yellow brick road. I immediately lost money and relationships and the more money and relationships that I lost the more time I spend in my smartphone trying to forget the reality that I lived in. But it wasn’t seconds, minutes or hours but days, where I was trying to forget who I was as a person. That is what led me to study smartphone usage, some say were hooked, others dependent, some researchers even go so far to say as we are addicted. Regardless of the label, to figure what’s really going on let’s look at the number one smart phone using country in the world: South Korea.

In 2015, South Korea was reported that it had 88% of its population as smartphone users. In addition to that stat, a government survey concluded that one out of every South Korean’s child showed symptoms of smartphone addiction. To put this in perspective, how many of you know someone who is an alcoholic? Well the thing is that The National Institute of Alcoholism states that out of 1 of every 12 Americans is alcoholics, which is a lower ratio than the number of children in South Korea who have smartphone addiction.

Now, what is addiction? That is such a big word to throw around. Well, the Science Social reviewed a couple researchers and the article concluded that if you have one of the following symptoms you could have smartphone addiction. Disregard negative consequences, chronic anxiety or a lack of impulse control.

I am sure that many of us here have a smartphone in either our pocket or purse, and if you keep checking that during the talk, that has lack of impulse control which is a symptom of smartphone addiction.

Since the US is increasing the smartphone usage. In fact, were projected to hit 70% in a couple of years, it’s more imperative than ever to understand why as addictions are taking place in other countries if we do not learn there’s a strong possibility that we will also follow in their footsteps. Now, how do we get pulled into using our smartphones? Well, I am going to go over two different ways:

The first one is sociological, peer pressure, how man of you get frustrated when someone doesn’t respond to a text fast enough?  Come on, yeah! we all do that. Because there’s a possibility that someone can respond immediately, so in a way we expect it, and being a recipient, you want to be a good spouse, significant other or co-coworker, so what do you do? Well you make yourself just that much available there, that much available here, until it’s perpetuates to the point where you are literally on your phone 24/7 because you’re trying to keep up with external obligation. It may also notice this is very common in the workplace. Managers have their employees on a leash because the convenience factor of technology, employees now they bring their homework at home, saying oh! I have to take care of some 9:00 p.m. emails.

What we find though is that moving forward that some countries are fighting back. France recently announce that they are outline banning emailing for companies more than 50 people on the weekends.

Well, there’s a lot of ways this happens, but I am going to go over one for the short talk and that is through notifications, yes, text messages, emails or an app on your phone telling you is a one degree change in the weather.

But it’s really that bad? I mean, sure, you’re stuck on your phone but more and you feel good from all that dopamine hits. Well, here’s an interesting question, how many of you tuned me out for a couple of seconds, hopefully not minutes, during this talk?  We do this all the time! Think of a really boring meeting, when someone uninteresting is talking, so what do you do? You say: well, I am gonna tune out for a little bit, so you take on your phone, you look down for a dopamine hit.

You see, you have a rhythm, where expect dopamine hits and I am not fast enough you tune me out, because you’ve adapted to the rapid stimulus of notifications from your phone. Making everyday tasks such as reading, writing, or simply talking to a friend difficult. Out of all places, Microsoft corporation support this point of view stating that in the digital age, our attention span has now dropped down to eight seconds. Headlining, I kid you not. Your attention span is less than a goldfish.

Williams Powers in this book “Hamels Blackberry” points out the caveat to this thinking, as he says,
“the greatest thinkers of our time, that were considered geniuses were able to apply their intelligence and focus depth to their work to bear forth new ideas.  The ability to focus or have depth is what makes life rich, intellectually emotionally or through meaning” yes, the practicality that smartphones brings to our daily lives is phenomenal but it comes at the price of shallow thinking, is not what we do in the digital world that’s so powerful but rather outside of the digital world who are able to analyze, interpret the information for deeper meaning. Unfortunately, from adapting to the rapid stimulus notifications, we are less able to focus. Now I know that sounds really scary because now your attention span is less than a goldfish, according to Microsoft. So, what do you do about this?

Well, I put three tips in this speech that could help out with this predicament. The first one is: you get to play psychotherapist for a bit, write down why, why do you check your phone so much? Maybe you’re excited because a loved one might text you? Guilty cause your boss is on your back? Or maybe you might want to scape? You want to avoid that, that scape reason. It’s an easy segue into addiction. That’s the first reason.

Second, very common advice, but it’s: turn your phone off during certain times of the day. First thing in the morning lasting an evening, because smartphones have been shown to drop sleep cycles or more importantly during moments of intellectual depth and focus, big of lunch with a friend or dinner with your kids, just put it away. That’s tip number two.

To review, play psychotherapist for a bit, write down why, two: turn off your phone during certain times of the day and three: reducing the number of notifications coming to your phone.

Going back now, to Jing Jie Zhao, China with the woman weeping roadside, because of the death of her son, we no longer see an oblivious parent, but rather, there was a battle at hand for the mother’s attention. A one hand or smartphone, the other her son. In this case, the smartphone went out.

Yes, the practicality that smartphones brings to our daily lives is phenomenal, but it comes at the price and near addictive behavior and the shortening of our attention spans. Some pay higher price than others, but as we learn to master this new technology just like any other innovation in the past we will be brought to new heights of achievement and the point of this talk is to reveal those unattended consequences, so we can use it as a stepping stone to those bitter heights.

As a native Californian and raised in Silicon Valley where both parents were Startup Founders, Jeff has spent his entire life during the highest pattern of employee turnover in recorded history.

Graduating from UC Berkeley with a degree in Computer Science, Jeff experienced the competition and challenges of recruiting, attracting, and retaining top talent first hand. Unlike other experts on millennials, Jeff has been in the trenches of what it means to be a millennial and what it takes to retain and keep them engaged. For example, as a software engineer, Jeff received dozens of emails and calls per month from recruiters.

With Jeff ‘s versatile background, he has helped fortune 500 companies and thousands of professionals across the United States – in addition to appearing on TEDx in both 2016 and 2017.