Jeff Butler is a millennial keynote speaker specializing in workforce management and retention. Jeff helps organizations build cohesive workplaces with the 5 generations in the workplace:

He has addressed at various companies such as Google, Amazon, Coldwell Banker and LinkedIn. Having various generations in the workplace can lead to misunderstandings and conflict, though. Recognizing the potential for conflict and taking steps to proactively minimize that potential can help ensure a positive environment for all—one in which multiple perspectives and generations can thrive. Jeff’s focus on workplace autonomy makes him an ideal expert to help companies identify and capitalize on these trends. A few of the emerging use cases for Self Determination Theory and remote teams are described briefly below. These will certainly be included in Jeff’s keynote presentation on this topic. 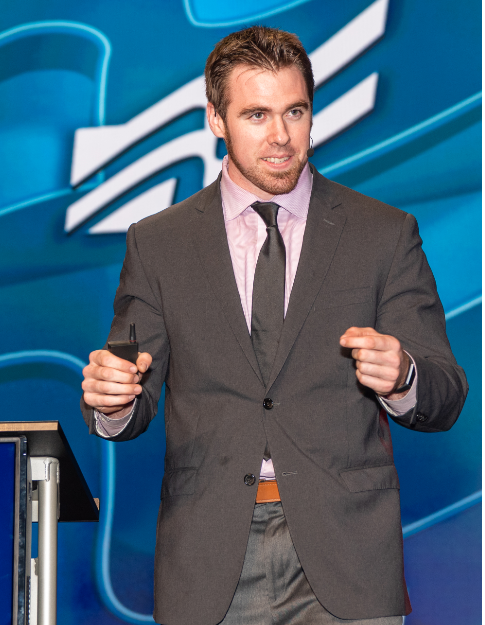 The Millennial generation term was originally coined by William Strauss and Lewis Howe which pertains to Americans that are born between 1981 and 1996. Strauss and Howe crafted a generation theory that states generations tend to cycle in the form of archetypes. The structure of this shifting is called Fourth Turning theory where each four generations there is a cycle in generation behavior. Contrasting Strauss and Howe, Generation Y was first used in an Ad Age article covering a similar time frame period. Unfortunately, even though generation stereotypes are highly inaccurate for explaining individual decision making behavior, marketing compete to who can coin the next generation term. If they are successful, they become the center point for future media interviews and consulting gigs.

Millennials today are continuously challenging the norms of traditional workplace environments consequently leading to an enormous amount of tension in the workplace. One of the trends that is picking up momentum is Self Determination Theory. Richard Ryan, and Edward Deci, both clinical psychologists hypothesized that motivation is innate and needs to be cultivate by monitoring particular variables in someone's working environment. SDT rests in a tripod fashion needing three attributes present in order for someone to find intrinsic motivation in their work. These three pillars are autonomy, purpose, and mastery. Companies like Google and 3M are famous for having their employees working in very unrestricted environments where employees are given tremendous lead way on how they accomplish something. This new theory of motivation flies in the face of traditional carrot and stick model workplace motivation creating tension on how employees can best be motivated. See below left hand side.

In addition to changes in workplace motivation theory, Millennials are often stereotyped as not being able to handle constructive feedback well. Many Millennial Experts conclude that a Millennial lack of resiliency comes from their parental upbringing and Utopian view of the world through technology. However, true or not true these conclusions may be, one of the most effective techniques to handling employees who struggle with feedback was suggested by Ken Blanchard and Spencer Johnson in their book, The One Minute Manager. This form of management includes separating feedback into positive and negative segments where a manager would reprimand an employee for one minute about a mistake and praise them for one minute if they see the employee doing something well. By following management in this fashion, criticism and praise come from the same person and allowing the employee to realize that they can still be an effective employee even when they are making mistakes. See below right hand side.